Hyderabad February 7: A confident Pune 7Aces will look to make it a first Premier Badminton League (PBL) final in only their second appearance in the tournament, as they lock horns with Bengaluru Raptors in the second semi-final on Saturday (February 8) at Hyderbad's G.M.C. Balayogi SATS indoor stadium. The 7Aces made it through in fourth place after six league encounters with 20 points to their name.

Speaking about the qualification Co-Owner of Pune 7Aces, Taapsee Pannu said, "I am proud of my team. We are fairly new to the PBL and it is a great achievement for us. The sheer hard work and the way each member of the team has stood up at crucial points has been the biggest achievement of the team. We hope to go all out in the semi-final and make it to our first-ever final of the PBL." 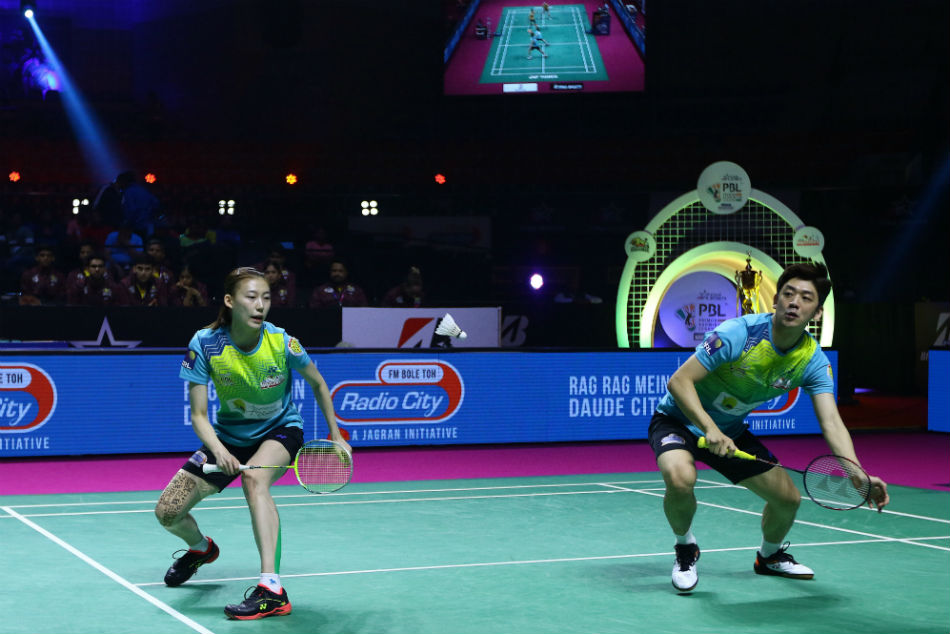 The highlight of Pune's league stage performance this season was their men's doubles pair of world champion Hendra Setiawan and India's Chirag Shetty, who remained unbeaten right through their six matches.

Singaporean number one Loh Kean Yew turned out to be another great pick for the 7Aces. A wonderful talent headed to the Tokyo Olympics to represent his country, Loh showed Indian fans why he is highly rated in the region and why among his scalps is the legendary Lin Dan, that too in a final. His deft touches, narrow angles, and powerful jump-smashes all delivered with a pleasing smile at the end, has endeared him to fans.

This after he took out four Indians in the league among them the likes of Parupalli Kashyap, Lakshya Sen, Subhankar Dey and Sourabh Verma. He lost to a much higher ranked Lee Cheuk Yiu. He also lost to world number 11 Sai Praneeth, but in three tight games and that is a result he would look to reverse on Saturday if scheduled.

Speaking about the qualification, team mentor Mathias Boe said, "It has been a great experience with the team from playing for the team to being a part of the coaching staff. The team has been exceptional and we are looking forward to the semi-finals."

The biggest win of the league for the Pune 7Aces, however, went to Rituparna Das in the Women's singles when she beat world number 14, Beiwen Zhang of the USA, in straight games. The Haldia girl has been in good touch and also ran world number 10 Michelle Li close in the league but she will be up against the indomitable Tai Tzu Ying on Saturday and that is as tough as it can get.

Kazumasa Sakai of Japan, the world number 38, will play the second Men's Singles for Pune and he has also performed strongly but will need to close out games better while the Adcocks in the Mixed Doubles can be called on to perform on the big day, given their global reputation in the format.

To conclude, it is sure to be a humdinger at Hyderabad on Saturday and the Pune 7Aces are raring to go and hoping that fans get a thrilling evening of badminton.