Sindhu, Saina chase glory as All England gets underway amid coronavirus outbreak

Birmingham, March 10: Undeterred by the coronavirus outbreak, Indian shuttlers will continue to chase glory at the All England Championships beginning in Birmingham on Wednesday (March 11), with reigning world champion P V Sindhu spearheading the campaign.

The season's first Super 1000 event witnessed a dramatic build-up in the wake of the COVID19 outbreak, which has claimed over 4000 lives and infected more than 100,000 people globally.

In the United Kingdom itself, the number of infected people has gone past 300 with five deaths so far.

A number of tournaments, including the German Open, was postponed since the deadly disease first broke out in Wuhan, China, affecting the preparation of the shuttlers for the Tokyo Olympics.

Concerned about their health, seven Indian shuttlers, including former top 10 player H S Prannoy and world No. 10 men's doubles pair of Chirag Shetty and Satwiksairaj Rankireddy have withdrawn from the All England. 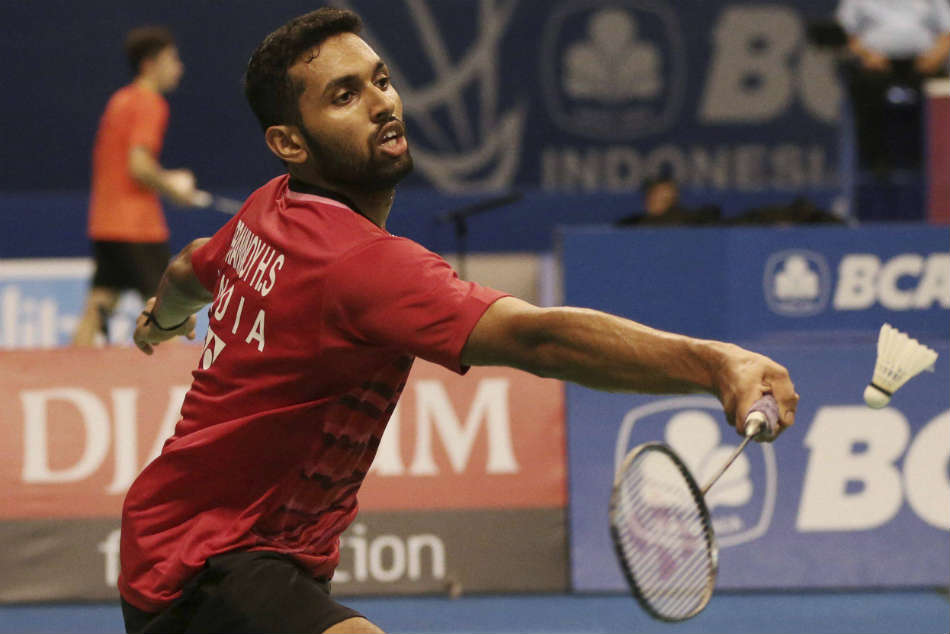 Indian players withdraw from All England due to Coronavirus outbreak

The USD 1,100,000 BWF world tour event offers 12,000 ranking points to the winner and with the Olympic qualification on the line, most of the top players will be seen in action at the Arena Birmingham.

Chief national coach P Gopichand was the last Indian to win the championship, in 2001. Sindhu will look to overturn a run of recent poor finishes and emulate her mentor with the top medal.

Sindhu, who is almost assured of an Olympic berth, will look to end a nearly two-decade-old title jinx at the All England Championship by adding the coveted title to her 2019 world championships gold.

World No. 6 Sindhu, who had reached the semifinal in 2018, will need to cut down on unforced errors and strengthen her defence as she opens against USA's Beiwen Zhang. The 24-year-old is expected to take on Korea's Sung Ji Hyun if she crosses the opening hurdle.

Former silver medallist Saina Nehwal will eye valuable points to squeeze inside the top 16 before the deadline for Olympic qualification ends on April 28.

Saina, who had made it to the finals in 2015, is in dire need of some ranking points to qualify for the Olympics and she will face a stern test against third seeded Japanese Akane Yamaguchi in the opening round.

Kidambi Srikanth like Saina will need those points to book a ticket to Tokyo 2020. But he faces a tough task.

Former world No. 1 Srikanth, who had reached the quarters in 2019, will have to get across Olympic champion and third seed Chen Long to have any chance of going deep in the draw and retain his ranking points.

World championships bronze medallist B Sai Praneeth, who is also almost assured of a berth at Tokyo, will open against China's Zhao Jun Peng.

Kashyap and young Sen up for challenge

Former Commonwealth Games champion Parupalli Kashyap, who is coming back after recovering from a back injury at Spain Masters last month, will be up against Indonesia's Shesar Hiren Rhustavito in the opener.

Young Lakshya Sen, who had claimed five titles last year, will be making his debut in the prestigious tournament and he will begin against Hong Kong's Lee Cheuk Yiu.

The rest of the Indian challenge

Among other Indians, Ashwini Ponnappa and N Siki Reddy will face Australian pair of Setyana Mapasa and Gronya Somerville in women's doubles, while Sikki will pair up with Pranaav Jerry Chopra to take on top seeded Chinese Zheng Si Wei and Huang Ya Qiong.