The two-time Olympic medallist lost the first game 17-21, but quickly rallied back to win the second 21-11 and restored the parity.

It all bolied down to the decider, where Sindhu, whos was trailing 9-14 at one stage, before the Hyderabadi shuttler used all her experience and staged a tremendous fightback to win the game 21-19 and enter the last-four phase. 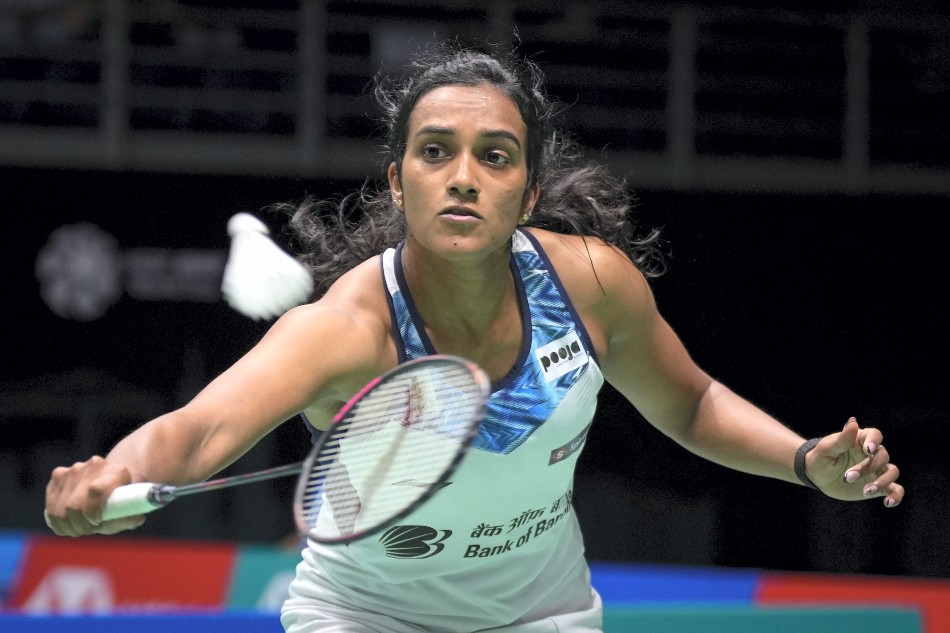 A total of 88 singles players and 108 doubles teams from across the globe, including as many as 12 singles players and eight doubles pairs from India are participating in Singapore Open 2022, the Badminton World Federation (BWF) sanctioned Super Series 500 event, which is being held after a two-year COVID-19 enforced gap.

Earlier, the third-seeded Indian had staved off a spirited challenge from Vietnam's world number 59 Thuy Linh Nguyen 19-21, 21-19, 21-18 to make it to the round-of-eight.

However, it was curtains for Sindhu's compatriot Saina Nehwal, who bowed out despite having match-point in the quarterfinals.

The London Olympics bronze medallist had overcame a setback in the second game to beat fifth seeded He Bing Jiao of China 21-19, 11-21, 21-17 in a match that lasted 58 minutes.

However, Ohori proved a tough nut to crack for Saina.

Saina Nehwal's campaign in Singapore is over.

In men's section, world No.19 HS Prannoy , who was India's sole entry in the round-of-eight also bowed out after giving a tough fight to Japan's Kodai Naraoka.

The 29-year-old won the first game 21-12 only to see his Japanese opponent claw his way back into the match as Prannoy lost 14-21.

In the all-important decider, Naraoka held his serve and nerve at crucial junctures as Prannoy lost 18-21 to bow out of the contest.

Earlier in the pre-quarterfinals, Prannoy had notched up his second win in three weeks over world No.4 and third seed Chou Tien Chen of Chinese Taipei 14-21, 22-20, 21-18 in an hour and nine minute contest.

He was looking to break his five-year-old title jinx before being stopped by Naraoka in the quarterfinals.

India had more to look for as ithe doubles pair of Dhruv Kapila and MR Arjun too had the quarterfinals.

The unheralded Indian duo entered the quarters, with a stunning 18-21, 24-22, 21-18 win over sixth seeded Malaysian pair of Goh Sze Fei and Nur Izzuddin.

But in the quarterfinals, Mohammad Ahsan and Hendra Setiawan proved too good for them.

Indian top men's doubles pair of Chirag Shetty and Satwiksairaj Rankireddy had already withdrawn from the BWF Super Series 500 event as the latter is recovering from an injury.

The Indian contingent was expecting to win more medals at the BWF event, with the Commonwealth Games 2022 team members looking to get some momentum on their side heading into the event.

But for now, Sindhu is the only Indian left in the fray as the tournament reaches its business end.