Pokhara, Dec. 3: After the stupendous gold medal-winning show from the Indian men's and women's teams, the contingent made a thunderous start in the individual section at the 13th South Asian Games (SAG) here in Nepal on Tuesday (December 3) with shuttlers from the country registering five wins to progress into the quarter-finals. 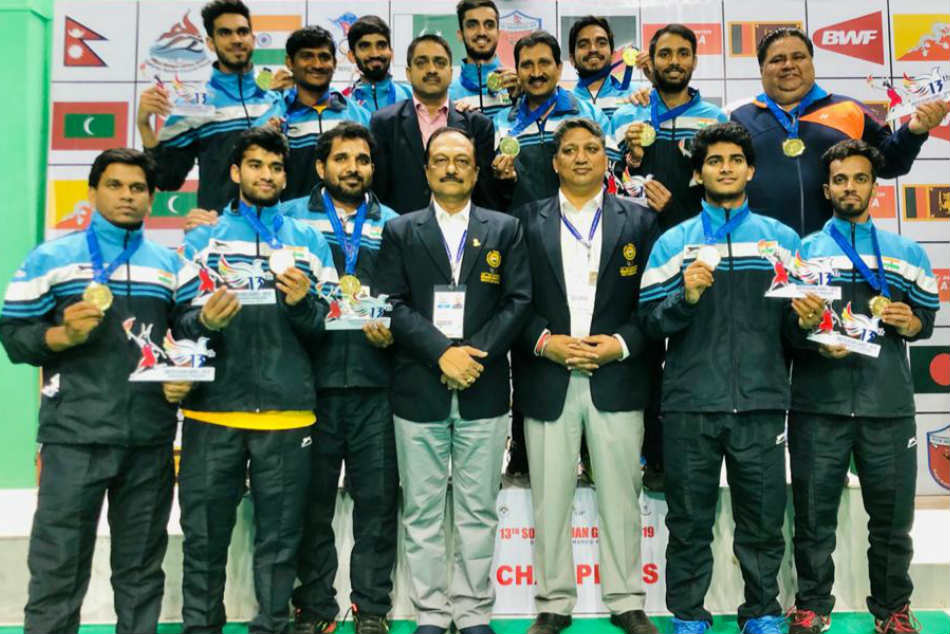 The only setback for India was the walkover given by the mixed doubles pair of Sumeeth Reddy and Sikki Reddy with the former falling ill.

There was no problem for the Commonwealth Games bronze medallist Sikki Reddy in women's doubles, where she has teamed up with Meghana Jakkampudi. The two hardly broke a sweat in their dominant 21-11, 21-10 victory over Maldives' Neela Ahmed Najeeb and Maisa Fathuhulla Ismail. In women's singles, rising star Gayatri Gopichand blew away Nepal's Nangzal Tamang 21-9, 21-14 to enter the last-eight.

Aryaman Tandon, another of India's promising men's singles talents, had a different course to victory. He had to claw his way back after losing the first game to complete a 15-21, 21-14, 21-9 win over Pakistan's Awais Zahid.

In men's doubles, Krishna Prasad Garaga and Dhruv Kapila brushed aside the challenge of Bangladesh's Shuvo Khandaker and Tushar Krishna Roy to register a 21-11, 21-13 win. Kuhoo Garg and Anoushka Parikh, meanwhile, won their match over Bhutan's Samjana Gurung and Phuntsho Choden Thingh when the latter retired while trailing 8-21, 0-11.