Bangkok, January 20: Indian shuttler HS Prannoy battled through pain in his ribcage and a shoulder injury to stun Asian Games champion Jonatan Christie in the opening round of Toyota Thailand Open Super 1000 tournament on Wednesday (January 20).

A former top 10 player, Prannoy showed great resilience in the men's singles competition and didn't let the physical discomfort disturb his focus, outwitting the world number seven Christie 18-21, 21-16, 23-21 in a thrilling contest that clocked an hour and 15 minutes.

It is Prannoy's first win against the sixth seeded Indonesian in last four attempts.

The 28-year-old from Kerala had spent two weeks stressing over his physical and mental health after contracting COVID-19 last November.

The infection left him with pain in his ribcage even though everything looked normal in the tests.

He could resume training only in the second week of December but had to go through the ordeal of a false COVID positive result ahead of the Yonex Thailand Open last week.

"I haven't practised the last few days and my rib was hurting. Probably there's a muscle inflammation because I was coughing a lot when I had COVID," said Prannoy, who will next take on Malaysia's Daren Liew.

"Today I just wanted to stay in there as there were no expectations."

Prannoy, who had failed to complete the job after doing all the hard work against Malaysia's Lee Zii Jia last week, seemed determined as he recovered from the first game reversal to open up a 8-3 lead in the second and reeled off four points on the trot twice to roar back into the contest.

He had a 11-8 lead in the decider but Jonatan marched ahead to 16-12 and then grabbed two match points after Prannoy suffered a bad fall during a crucial rally which left him on the floor in pain.

"I had a fall when he had match point and hurt my left shoulder," said Prannoy, who had to receive treatment before resuming play.

"I felt it was dislocated but it went back into place. Right now it's ok but it might start hurting again after a while." 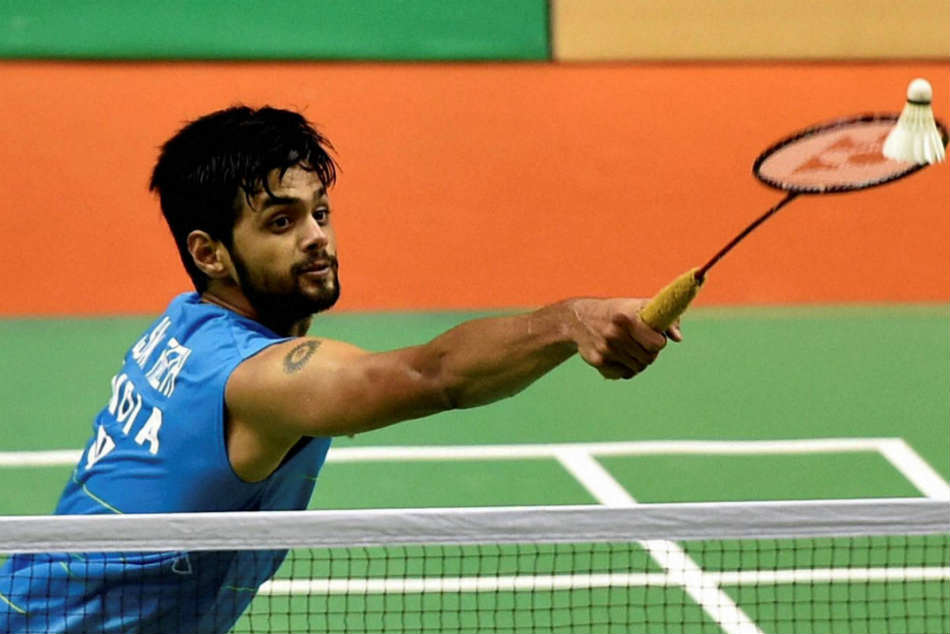 Prannoy and Sameer Verma will carry India's charge in the men's singles after the withdrawal of fellow colleagues B Sai Praneeth and Kidambi Srikanth.

Praneeth and his roommate Srikanth were forced to pull out after the former tested positive for COVID-19.

Among other Indians in the fray, the men's doubles pair of MR Arjun and Dhruv Kapila beat New Zealand's combination of Oliver Leydon-Davis and Abhinav Manota 23-21, 21-17 to enter the second round.

However, the women's doubles pair of N Sikky Reddy and Ashwini Ponnappa bowed out after losing 11-21, 19-21 to German duo of Linda Efler and Isabel Herttrich.