Want to see what all injuries my body can cope with, says Saina Nehwal

New Delhi, January 12: Injury-ravaged Saina Nehwal on Wednesday (January 12) opened up about her prolonged fitness issues, saying the thought of giving up did cross her mind but she has taken it up as a challenge to see how many more injuries her body can cope with.

The former world number one was forced to miss a lot of tournaments in 2021, including the World Championships, due to multiple injuries.

Still not completely fit, Saina reached the second round of the India Open, where she was not even expecting to play.

She advanced after her opponent Czech Republic's Tereza Svabikova suffered a back injury and retired mid-way, on Wednesday (January 12). Saina was leading 22-20, 1-0 at that time.

"I was able to take the tough training but one bad slip and my groin had lot of issues. I got a tear (during Thomas and Uber Cup Final) but I didn't know that the knee was also going through some issues which got bad in French open," Saina said during a virtual press conference.

"Till that match, I didn't know it was so bad and after that I was limping. It is a challenge and I want to accept. Let's see what all injuries my body can cope with. It is not easy, sometimes you feel like giving up." 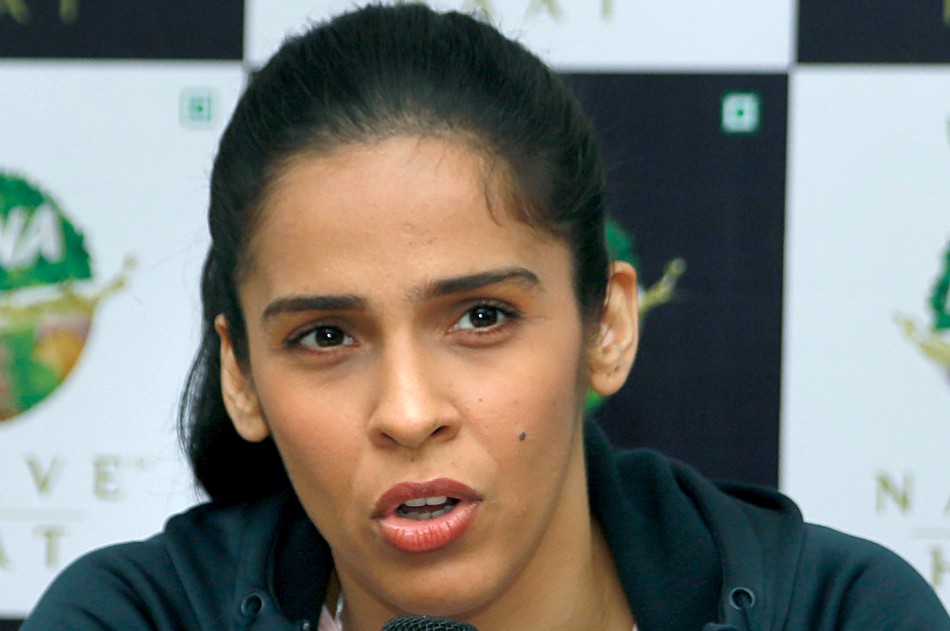 Saina said sitting on the fence, waiting for injuries to heal is something which really bothered her.

"The mental part is very difficult because tournaments are happening, players are winning and I am just sitting and watching them play. It is a challenge but let us fight. May be there are some good days ahead."

Saina had returned to action at the Thomas and Uber Cup Final in Aarhus, Denmark in October but had to retire midway in the round-robin match against Spain's Clara Azurmendi due to what she thought was a niggle in the groin region.

She played in Denmark but again withdrew midway into the second game of the first-round match at the French Open.

"It was about three issues: I tore my cartilage, I had issues with patella and there was one more meniscus, or something which got really irritated. The knee went through a lot of trauma. Finally a stage came when I couldn't walk after French open," said the 31-year-old.

"I was worried about by groin but I didn't know that my knee was in big trauma and when I came back and did MRI, my doctor was like: 'I don't think you can go for world championship or play till end of December'."

The London Olympics bronze medallist said she is "happy with her rehab" and hope to regain full fitness by March.

"I had good practice for 7-8 days before this event but I wasn't expecting to play India Open. I hope I can get some more practice sessions on court. I am happy to play in India, so let's see how many rounds I can progress.

"I am 60-70 % now. I will have to go with weight training. I can't sit back even a day. I would say by January-end, I will get back to my full physical fitness level. We have one month in February for training as next events are in March, so I will get 4-5 week for training on court as well."

Asked if individual coaching is the way to go for Indian shuttlers, Saina said it depends on individuals but it does help if you have one in an individual sport like badminton.

"Personal coaching is good for individual sports, where everyone is playing at highest level. Carolina (Marin), Tai Tzu (Ying) all have individual coaches, they know where to work on, give more time, so definitely improvement chances are better.

"But some player are good in group training. I have seen (Kidambi) Srikanth and B Sai Praneeth are good in that but I feel, you need individual trainer, coaches."