New Delhi, Aug 28: Bolstered by a historic World championships bronze, Indian shuttler B Sai Praneeth is now eyeing a consistent show in the season's remaining tournaments to seal his Tokyo Olympic spot by early next year.

Last week, Praneeth became the first Indian male player in 36 years to win a medal at the BWF World Championship, emulating the legendary Prakash Padukone, who had clinched a bronze at the 1983 edition. His historic feat saw him jump four places to World No.15 in the latest world rankings.

Only two shuttlers from one country, inside the top-16 on April 30, 2020, will qualify for the Tokyo Olympics and Praneeth said his chances are also bettered by the fact that he does not have to defend ranking points in the tournaments he will participate in from now. "...till Swiss Open next year. So there are a few tournaments where I can play well and give some good performances and maintain my rankings for the Olympics," Praneeth told PTI. 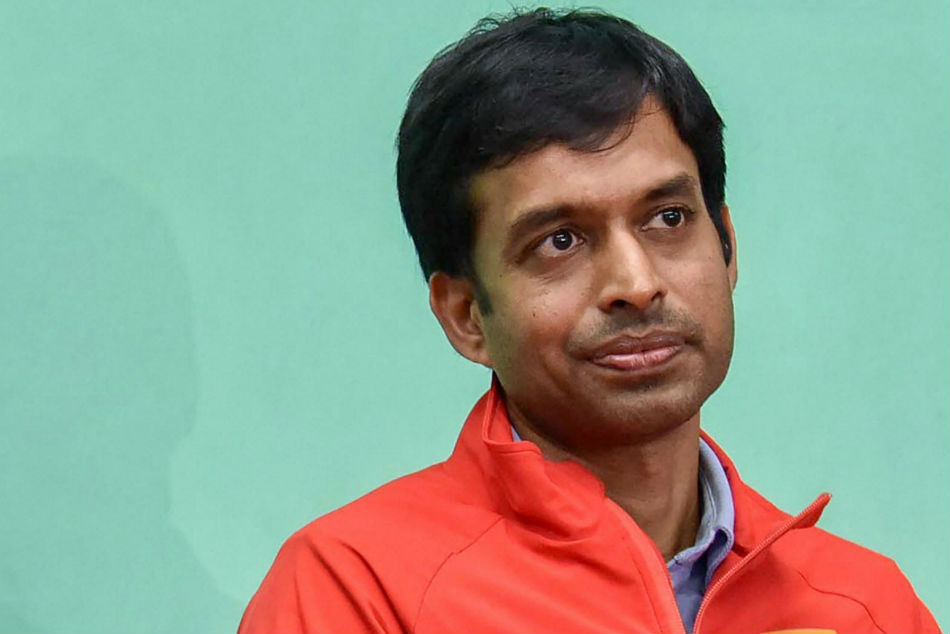 "The Swiss Open is the only tournament in the qualification period where I have to defend lot of points. Last year, I didn't play China, Korea and lost early in Denmark and French. I lost in first round at Hong Kong as well. So if I can reach the semifinals and quarterfinals consistently or win a tournament, that will help seal my ranking," he explained.

The 27-year-old from Hyderabad, however, said he needs to work on his fitness to trouble big players such as two-time world champion Kento Momota. "I know if I am fit I can play much better. In the last few tournaments, I have been performing well, so it gave me confidence. For me, fitness has always been the key and I still need to be more fit to beat players such as Momota," said Praneeth, who lost to the Japanese in the semifinals at Basel.

"Winning the last point in the quarterfinals against Jonatan (Christie) is a moment that I will always remember. It was a big thing, I knew it would be a record for India if I win."

Asked if there has ever been any self doubt during his years of struggle, Praneeth said: "I always thought about it but sometimes even if I lost, I thought of playing a good game. I gave some bad performances because of my fitness. But whenever I had enough time for practice, I played well." On way to the World Championship semifinals, Praneeth had stunned two Indonesians in straight games -- World No.9 Anthony Sinisuka Ginting and World No.4 Christie.

Talking about the role of the coaches -- Pullela Gopichand and Park Tae Sang, Praneeth said, "The inputs of the coaches were important for the win. Sometimes in pressure situation during matches, a player can't think anything and the coaches can provide the strategy. So both the coaches helped me, especially Gopi sir, in the quarterfinals he gave me some inputs which I didn't even think of."

Praneeth also attributed his success to the endurance training of new foreign coach Park. "Park is very committed. He is always behind the players. He is helping us and played a role in our success. His endurance training, long sessions ahead of the tournament helped," he said.