Mumbai, December 17: Mumbai Cricket Association (MCA) president Vijay Patil has lauded New Zealand spinner Ajaz Patel for donating his "10-wicket" ball for the upcoming MCA museum where it would duly be the "pride of the place".

"What he (Ajaz Patel) achieved at the Wankhede stadium was something completely phenomenal. And the fact that he did at our iconic (Wankhede) stadium just gives us another memory to savour from his historic ground," Patil told PTI.

Earlier this month, the Mumbai-born 33-year-old Ajaz, a left-arm spinner became only the third bowler in Test history to return a 10-for in an innings after Jim Laker (1956) and Anil Kumble (1999) and that too in the city of his birth.

"And the fact that he traces his roots back to Mumbai made it extra special for us.

"He was gracious, once the feat was achieved, he generously gave us the cricket ball, by which he took those 10 wickets, so that is something that we greatly value and it will occupy pride of place in our MCA museum," added Patil. 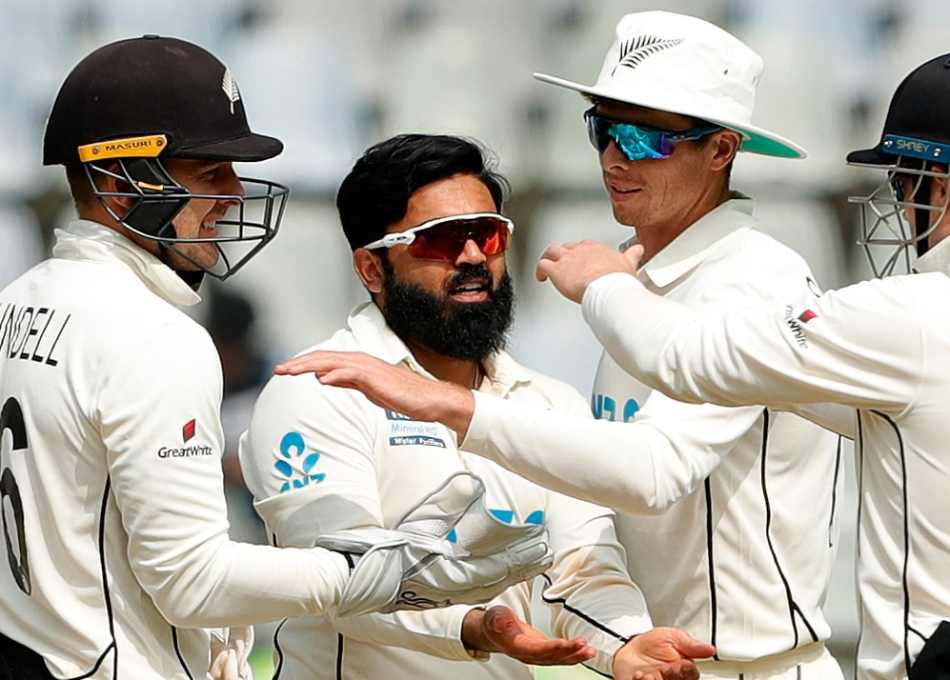 Patil, who has been the MCA chief since October 2019, also stressed that the upcoming museum would inspire the youth.

"I think it (the museum formation) is a right step, because we (Mumbai cricket) had such a great legacy. We had 80 odd internationals and almost 1/5th of the international runs scored by India have been scored by Mumbai batsmen. So, our history goes back decades.

"So, to preserve our rich heritage, that will truly inspire our present as well as the future cricketers."

Mahendra Singh Dhoni had won India the 2011 ODI World Cup by hitting a six at the Wankhede stadium.

Asked whether the seat where the ball landed would be preserved, Patil quipped, "Those were very special moments, the 2011 World Cup of course was such a special moment in the Indian cricket history, the fact that it happened at the Wankhede stadium is etched in our hearts.

Patil is also upbeat about university and collegiate sports, which needs to develop and progress in years to come.

Meanwhile, the DY Patil Sports Stadium in Navi Mumbai, which had hosted matches of the U-17 FIFA World Cup in 2017, is also a venue for the upcoming 2022 AFC and Patil sounded upbeat about hosting the mega-event.

The tournament is scheduled to be held from January 20 to February 6 in Mumbai, Navi Mumbai and Pune.