By John Skilbeck
Updated: Saturday, February 22, 2020, 9:19 [IST]
omnisport-MyKhel Team
South Africa were skittled for 89 by Australia at the Wanderers, as leg-spinner Ashton Agar took five wickets including a hat-trick.

Johannesburg, February 22: Ashton Agar called his hat-trick against South Africa "a highlight of my cricketing life" as his heroics gave the tourists a flying start to their Twenty20 international series.

At the Wanderers in Johannesburg, left-arm spinner Agar was the unlikely chief destroyer as he finished with figures of 5-24 in a 107-run victory.

Australia made 196 for six before bowling out South Africa for a meagre 89 in the first of three matches between the teams in the shortest format.

Agar reduced South Africa from 44 for four to 44 for seven, and incredibly he almost took a second hat-trick later in the innings, only narrowly missing out on bowling last man Tabraiz Shamsi after taking wickets at the end of the 12th and start of the 14th over.

"It was really exciting, obviously a highlight of my cricketing life," Agar said at the post-match presentation, where he was named man of the match.

"But my job's made a lot easier when I've got Mitch Starc, Patty Cummins, Richo [Kane Richardson] and Zamps [Adam Zampa] doing the job before me."

Agar revealed he was not at his best before the match began, but thrashing 20 not out from nine balls at the end of Australia's innings must have set him right.

"It's funny, I was actually feeling horrible leading into the game," Agar said.

The man from Melbourne found it difficult to explain why the day proved such a personal success.

Trying to pin it down, he said: "I don't know... that self-belief at the top of the mark, to just let it all out and give it your best go. 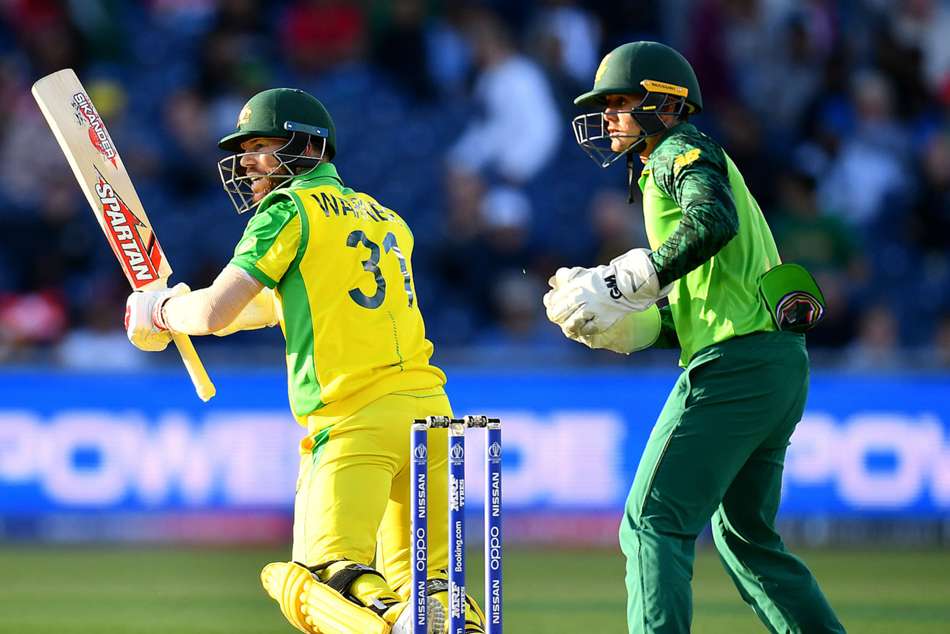 Warner not expecting friction between Australia and South Africa

"Obviously when the wicket turns a bit, you get a bit of assistance, your job gets a bit easier and you get on a roll and keep going."

Finch appeared more thrilled than Agar as he charged off in celebration.

"Unbelievable catch, I think he really enjoyed it as well," Agar said. "He was halfway off the ground when I looked over.