New Delhi, Nov 30: In a major setback for Team India ahead, young opener Prithvi Shaw has been ruled out of the first Test match between India and Australia after sustaining an injury in his left ankle on Friday (November 30).

The 19-year-old cricketer from Mumbai rolled-over his ankle while fielding near the boundary ropes on day three of the practice match against Cricket Australia XI. The teenager was carried outside the field by the physio and immediately taken to the hospital for scans where it was confirmed that he suffered a lateral ligament injury. Thus ruling him out of the first Test match in Adelaide, starting December 6. 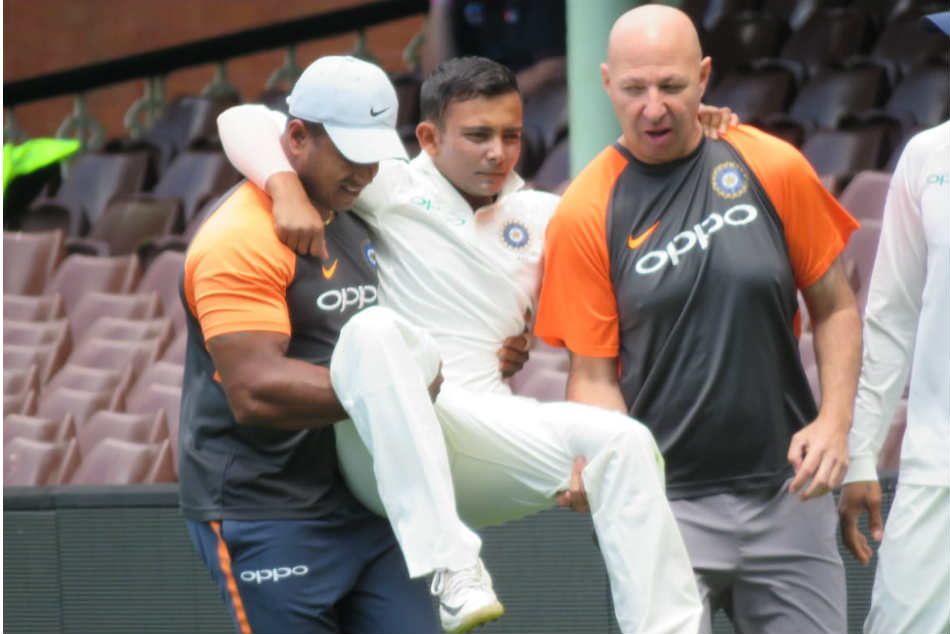 "Shaw underwent scans this morning and the reports revealed a lateral ligament injury. Shaw will be unavailable for the First Test against Australia in Adelaide. He will undergo an intensive rehabilitation program to hasten the recovery and be available for selection at the earliest," said the BCCI.

Shaw had impressed the warm-up match against the CA XI making a quick fifty and was expected to make it to the playing XI for the first Test against Australia at Adelaide from December 6. In the absence of Shaw, Murali Vijay and KL Rahul will open for India in the first Test.

Everyone on Twitter was disturbed with the news of the youngster's injury and his subsequent ruling out from the first game. It is definitely going to be a bad news for Team India and fans.

Here's who said what on social media:

BCCI gave the update on Prithvi Shaw's injury and later confirmed that the cricketer was ruled out of the first Test as the injury was serious.

Former India opener Aakash Chopra was disappointed with the unfortunate turn of events.

What are the options for India?

Aakash Chopra also pondered over who is going to be the replacement for Shaw.