North Sound (Antigua), March 13: West Indies great Carlos Brathwaite was not happy with England's tactics after Joe Root waited until there were just five balls remaining before conceding the draw.

After falling to 67-4, West Indies duo Nkrumah Bonner and Jason Holder shut up shop, surviving for a combined 239 deliveries as Jack Leach (3-57) and Ben Stokes (1-24) searched for a miracle.

As the day's remaining overs dwindled, England showed no desire to call it early, drawing criticism from Brathwaite as he spoke about the lack of respect shown by the visitors.

"In my opinion [the match] did [go too long]," Brathwaite told BT Sport.

"If I were Kraigg Brathwaite, or any of the senior players in our dressing room, I would have found it a bit disrespectful that in the last hour. 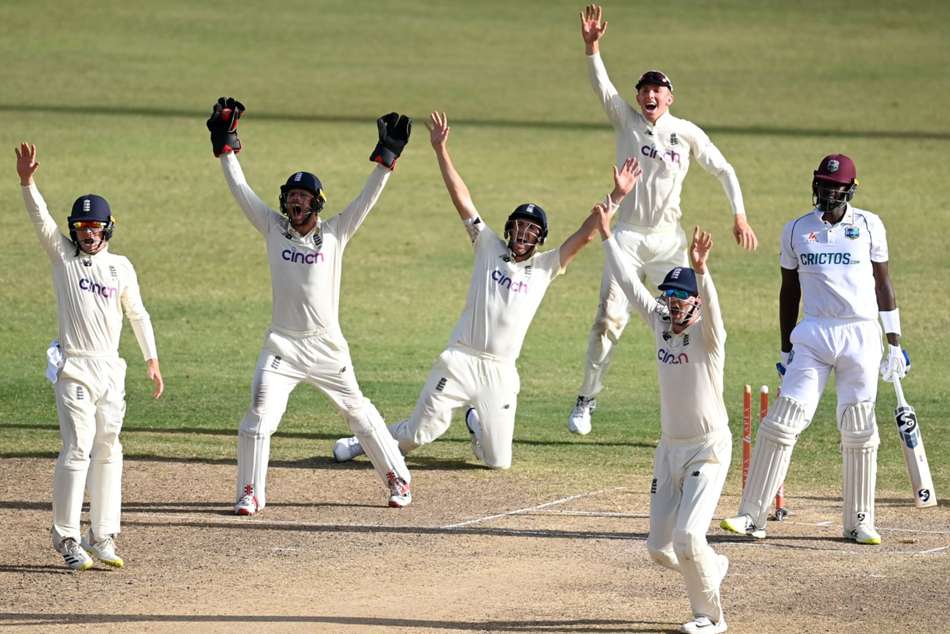 "With two set batsmen batting the way that they were, the pitch offering nothing, that England still felt as though they could get six wickets in 10, nine, eight, seven, six, five, four [overs]... up until five balls left."

Braithwaite went on to say that he feels England would not have handled the situation the same way against more high-profile Test outfits.

"If you want to become a top team, you have to think like a top team," he added. "West Indies may not be there yet, but the mentality has to be.

"Would England have done that if it were an Ashes Test? Would they have done that against New Zealand, India, Pakistan? I think the answer is no. So why have they done it against us?

"If [West Indies] need any sort of steely determination added, I think that passage of play should have given them it. We are a better team than we're given credit for – this passage of play proves it, and now we have two Test matches to prove we are better than England think we are."

"I find [England playing on] strange," he told Sky Sports. "Maybe that's something that's been thought about with Paul Collingwood, and it's a mentality that they are trying to set for the tour, that they're going to be hard-nosed and play to win, and that's the sort of environment and culture that they want.

"I think it was taking it a bit too far personally, and I think West Indies walk off with a lot of credit."