Cuttack, December 23: Virat Kohli played a key innings as India signed off for 2019 with an ODI series triumph over West Indies - and then he rued the fact it was not a year of global conquest.

A four-wicket win in Cuttack on Sunday (December 22) came on the back of 85 from captain Kohli after openers Rohit Sharma and KL Rahul weighed in with 63 and 77 to put the home side in control in their chase of 315-5.

Still, amid the celebrations, thoughts turned back to India's hopes of ICC Cricket World Cup glory being shattered at the semifinal stage in England in July. 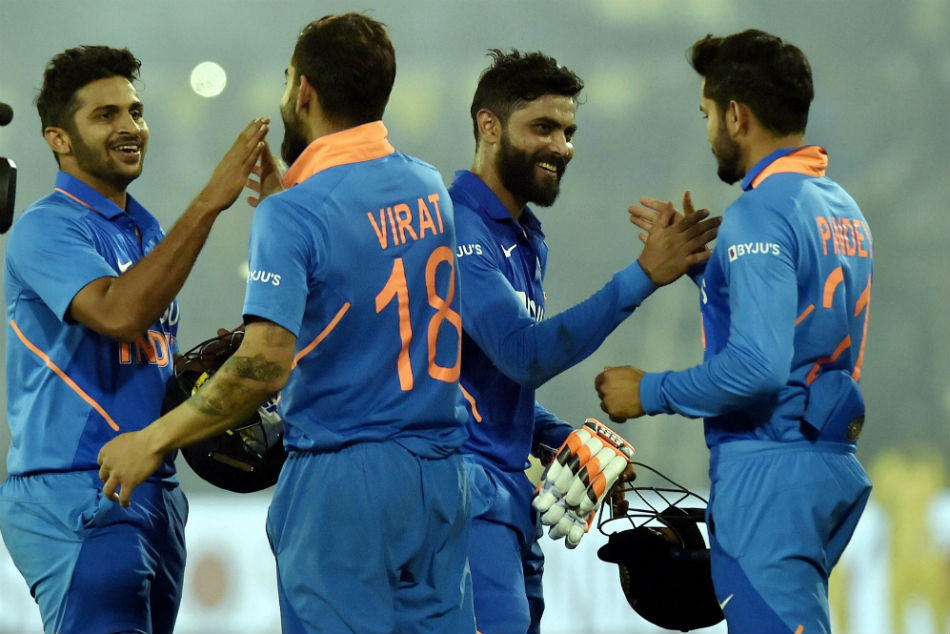 On that occasion, a wretched start in their reply to New Zealand's 239 for eight at Old Trafford saw India's top three - Rahul, Sharma and Kohli - dismissed for one run each.

Kohli said: "2019 has been one of the best years for Indian cricket.

"Apart from the 30 minutes [against New Zealand] in the World Cup, it's been a great year. We'll keep chasing that ICC trophy, this group deserves it for the amount of hard work we've put in. We've a vision in place."

Speaking to reporters at a news conference following Sunday's match, Ravindra Jadeja expressed his satisfaction at getting India over the winning line to secure their 2-1 series success.

His unbeaten 39, paired with a guns-blazing unbeaten 17 from six balls by Shardul Thakur, shut the door on West Indies' hopes of clinging to victory.

Jadeja said: "It was a decider game today so when I went to bat I was just looking to play with Virat because the wicket was so good to bat on. 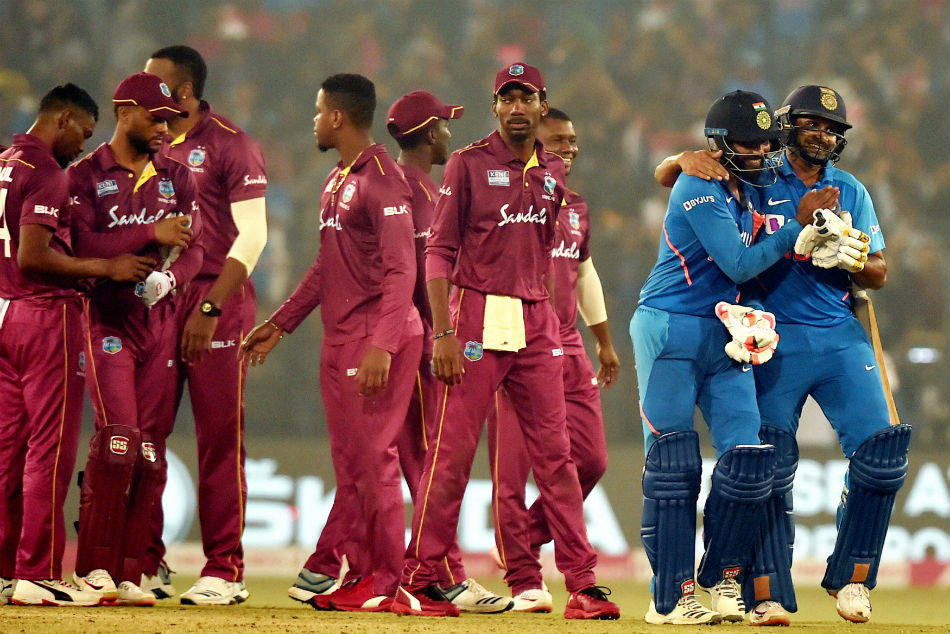 "Me and Virat were talking in the middle out there, about how the wicket was so good.

"He told me, 'Just continue trying to keep playing your shots, I'll try and finish the game', but unfortunately he got out and he told me to keep playing just normal cricket, don't try and do something silly."

The pep talk paid off as Jadeja received post-match praise from former captain Sourav Ganguly, who tweeted to say the 31-year-old's upturn in batting form was "so important" to India.