Gujarat Titans assured of top two finish in the IPL 2022 points table after 7-wicket win over Chennai Super Kings at the Wankhede Stadium in Mumbai.

After Mohammed Shami's 2 for 19 bowling performance restricted CSK to 133 for five, Wriddhiman Saha scored an unbeaten fighting fifty to take GT past the target with 5 balls to spare. 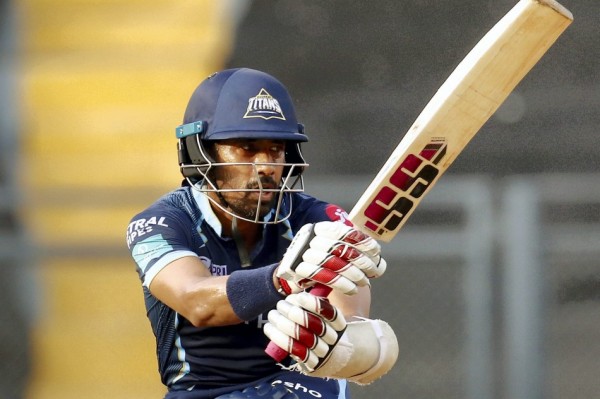 For CSK, debutant Matheesha Pathirana, dubbed junior Lasith Malinga, was the pick of the bowlers with figures of 2 for 24 in 3.1 overs, while Moeen Ali claimed the only other wicket.

Earlier, opting to bat first, CSK lost Devon Conway early, but his opening partner Ruturaj Gaikwad top-scored with 53 off 49 balls, sharing partnerships with N Jagadeesan (39 not out off 33 balls) and Moeen (21 off 17 balls) to take the team to a respectable total.

The result meant, GT extended their lead at the top of the points table with their tenth win in 13 matches, while CSK remained in ninth despite their ninth loss in 13 matches.