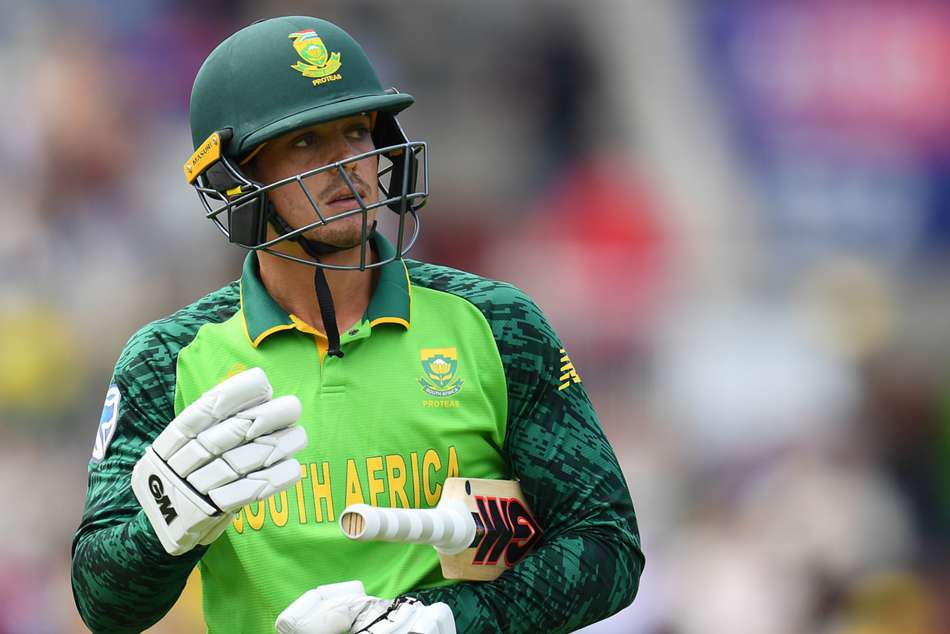 CSA on Tuesday announced that De Kock is the new South Africa captain in the 50-over format.

Du Plessis was not included in the squad for the three-match ODI series against the world champions, which starts on February 4, CSA making the announcement a day after England won at St George's Park in the penultimate Test to take a 2-1 lead.

All-format skipper Du Plessis revealed after that loss in Port Elizabeth that he plans to lead his country until at least the T20 World Cup in Australia this year, but the fourth Test against England may be his last on home soil.

Soon after De Kock had seemingly been installed as ODI captain, Zondi stated that the wicketkeeper-batsman has only taken over on a temporary basis.

He told ESPNcricinfo: "We need to create leaders. Faf is still the captain and he is not out of the picture at all.

"This is part of our succession plan. Quinny is one of the guys we have identified for the future."

CSA acting director of cricket Graeme Smith appeared to introduce De Kock as the long-term captain earlier in the day.

"We all know the quality of the player that Quinton de Kock has grown to become," Smith said. "Over the years, we have watched him grow in confidence and become one of the top ODI wicketkeeper batsmen in the world.

"He has a unique outlook and manner in which he goes about his business and is tactically very street smart.

"We are confident that the new leadership role will bring out the best in him as a cricketer and that he can take the team forward into the future and produce results that South Africans the world over can be very proud of.

"We wish him the very best in this new role and look forward to watching him make his mark in this series against the World Cup champions."