Ahmedabad, Feb 24: Donald Trump has seen his high-profile trip to India take an unusual turn after he captured headlines for a bizarre pronunciation of one of the country's cricketing greats.

Sachin Tendulkar and Virat Kohli were cited by the United States President Trump as he addressed the spectacular new Motera Stadium in Ahmedabad at its grand opening on Monday (February 24).

The 73-year-old struggled with the pronunciation of Tendulkar's first name in a video that has since gone viral, before making only a marginal improvement when it came to current captain Kohli. 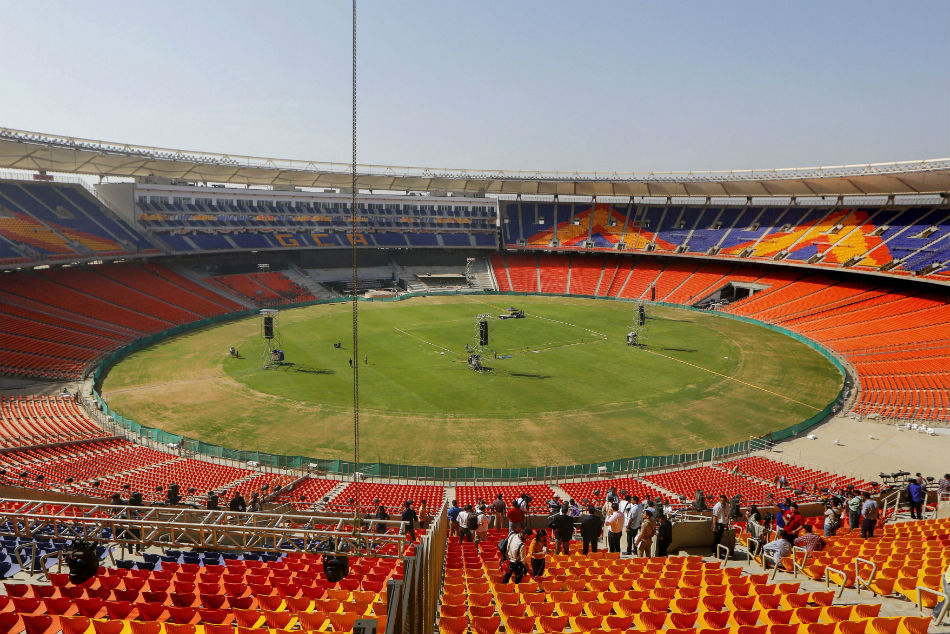 While the names of the cricketing greats did not exactly roll off the tongue, he still received huge cheers from the fans in the new stadium, which has an extraordinary capacity of 110,000.

"India will always hold a very special place in our hearts," said Trump, who also praised Modi and the spectators.

"India gives hope to all of humanity. In just 70 years, India has become an economic giant, the largest democracy ever to exist and one of the most amazing nations anywhere in the world.

"Since the turn of the decade, India's economy has grown six times."

The viral moment then arrived as he added: "This is the country where the people cheer on some of the world's greatest cricket players from Soochin [sic] Tendulkar to Virat Kohli.

"All over the planet people take great joy in watching the hub of genius and creativity known as Bollywood - Bhangra, and classic films like DDLJ and Sholay."