Mount Maunganui, Nov 24: Jos Buttler called for England to follow the example set by BJ Watling and Mitchell Santner after New Zealand batted themselves into a match-winning position in the first Test.

The Black Caps posted a mammoth 615-9 declared in their first innings at Mount Maunganui - their highest score against England - before reducing their opponents to 55-3 by stumps on day four.

Watling top-scored with 205 while Santner made his maiden Test century, the pair combining in a record seventh-wicket stand of 261 that forced the tourists to stay out in the field for 201 overs.

England only managed 353 in their first innings having at one stage reached 277-4, with their failure to score big now leaving them facing a final-day battle to save the match. 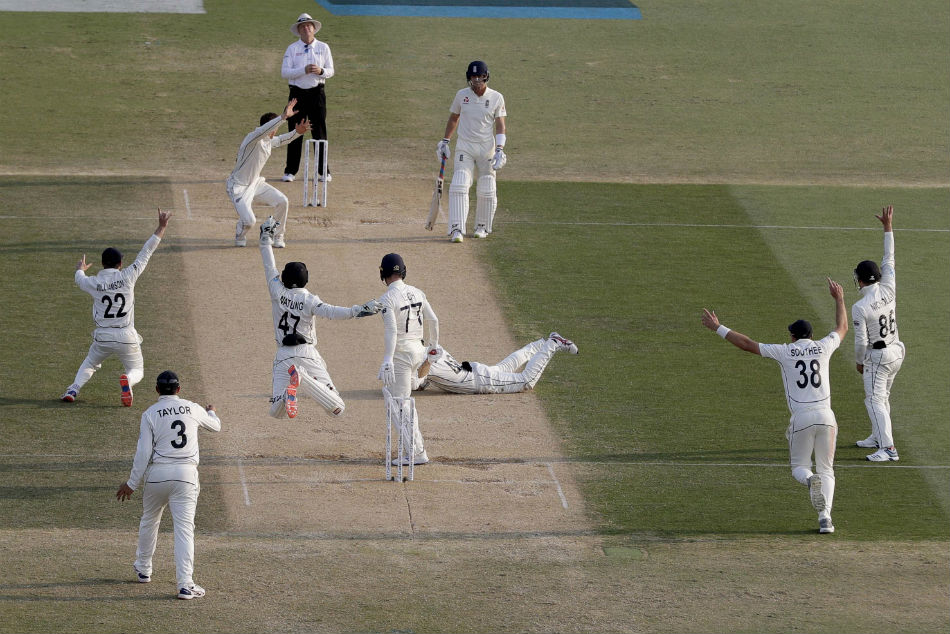 "If we're really critical, it's the first-innings runs with the bat [which have left us in this situation]," said Buttler, who made 43 after being stranded with the tail on day two.

"New Zealand played a very patient game with the bat. They showed the value of that patient game of batting on flat wickets and setting your sights very high.

"BJ Watling and Mitchell Santner really set their stall out and batted for a long time. They put a lot of overs into our legs and built that score.

"We have to learn to be able to do that. You look at the top sides around the world on flat wickets and they get very, very big scores and bat for a very, very long time.

"That's a big learning point for us. With the bat, just when you think you're getting to a place where you need to be, there's a lot more hard work to come to build those big scores."

Santner followed up his batting exploits by picking up all three England wickets to fall prior to the close, with the left-arm spinner hoping a deteriorating pitch can help New Zealand go on to secure victory.

"It's nice to have a few footmarks out there. Watching the way [England spinner Jack] Leach bowled, he was trying to fire it into the rough and he turned some back through my gate," all-rounder Santner told Sky Sports.

"It's going to be tough [on Monday] when the ball gets a bit softer, but it was nice to pick up a couple and hopefully get a few more."

On his first Test ton, he said: "The bowlers didn't make it easy, especially not last night. There wasn't a lot in my half.

"Credit to the way BJ played as well. It wasn't easy, but the pitch is a little more up and down now."