Sydney, December 11: England were dismissed as "tourists masquerading as cricketers" by Australia's media which turned the screw on Monday after Ben Duckett was fined for pouring beer over teammate James Anderson.

*Fined the maximum allowable amount for an England Lions player

*Suspended from playing for the rest of the current Lions Australian training camp.

*Issued with a final written warning in respect of his conduct pic.twitter.com/6YhHfDKAQ8

Duckett was slapped with a reported £1,500 ($2,000) fine and will play no further part in the remaining England Lions matches following the late-night bar prank in Perth on Thursday (December 7). It plunged their already difficult tour into another crisis after wicketkeeper Jonny Bairstow headbutted Australian Test opener Cameron Bancroft in a Perth bar during the tourists' first night in Australia. 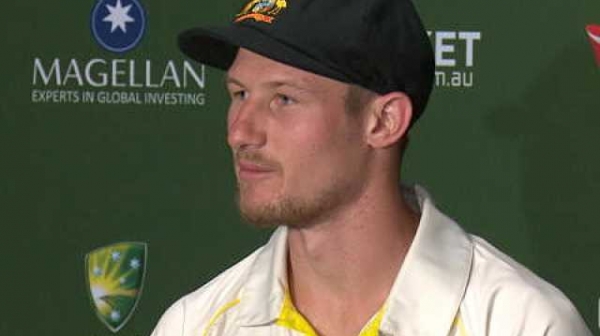 That followed star all-rounder Ben Stokes being suspended from the Ashes campaign after an incident outside a Bristol nightclub in September that led to police investigations.

"You should be working your butt off to try and level the Ashes series..."@AggersCricket reveals his disbelief at the latest disciplinary incident to hit the England Cricket team's #Ashes tour. pic.twitter.com/cipN4znmnF

England have so far lost the opening two Tests and have their work cut out in the third this week at Perth's WACA Ground, where they have not beaten Australia since 1978. "These English Contiki tourists masquerading as cricketers are about to seal their places in Ashes infamy," Sydney Daily Telegraph said on its back page.

Contiki is a tour company that caters for younger travellers and has earned a reputation for attracting the booze-filled party crowd. The Telegraph stuck the knife in further with a blazing headline "Perthetic", adding: "Tour degenerates into farce as rudderless Poms face whitewash."

The Sydney Morning Herald also jumped on the bandwagon, screaming "Teetering on the drink" on its back page in a story that said their Ashes campaign was "again in disarray". "It is the third time in four months that England's preparations have been derailed by an alcohol-fuelled incident," it wrote.

Earlier in the tour, England cricket chief Andrew Strauss insisted there was no drinking culture in the team, but he still slapped a midnight curfew on the Ashes tour. The Duckett incident happened on the first night that the curfew had been relaxed. The Australian newspaper spared England some of the more strident criticism dished out by other media, and instead ran a story highlighting the drinking on England's 1986-87 tour to Australia. That side featured the likes of Ian Botham, Allan Lamb and David Gower, who enjoyed a tipple, but they still won the series, and without a curfew.

"Mike Gatting's squad got the job done, winning 2-1 against Allan Border's side while burning the candle at both ends," the newspaper said, suggesting that currently England "do not have the troops to hang onto the Ashes urn".

While Australia's media made the most of England's problems, coach Darren Lehmann played a much straighter bat on Sunday (December 10), saying the alcohol-fuelled indiscretions were no laughing matter. "I've been through all that, so no, I don't have a chuckle at that," he told reporters.

"You have those situations at various stages throughout your career. It's not funny. It's a case of actually making sure you're trying the best you can to get your side prepared. For me, I don't have a chuckle at any of that."

To be fair to Ben Duckett I think all of us have felt like pouring a drink over the England Test squad at some point during the last few weeks.