Southampton, Aug 22: Zak Crawley struck a sublime double century and Jos Buttler made a classy career-best hundred before James Anderson put Pakistan on the ropes on a dream day two of the deciding Test for England. 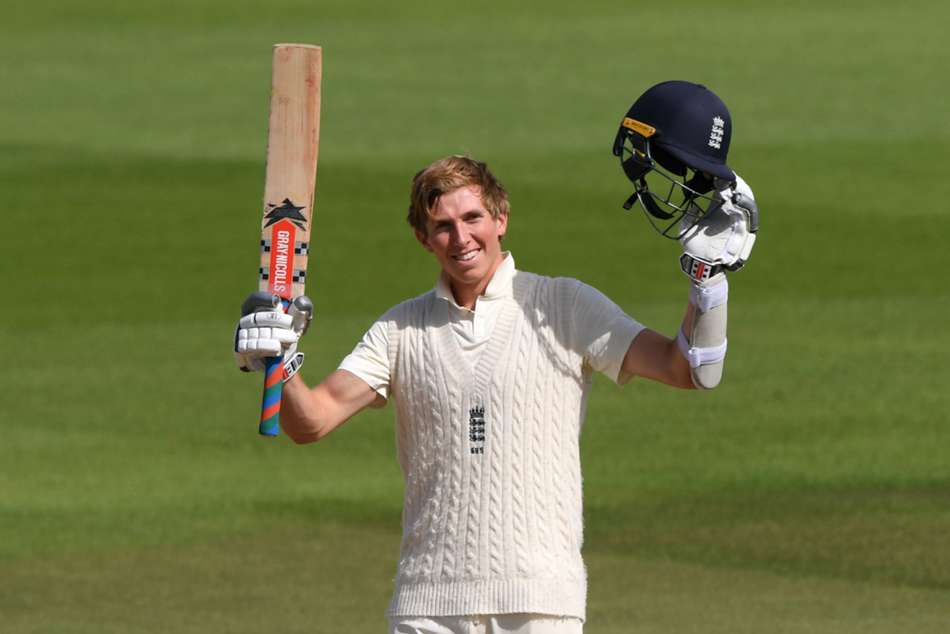 Crawley reached three figures for the first time on the international stage on day one at the Rose Bowl and went on to craft a majestic 267 on Saturday.

The number three's stunning knock, which included 34 fours and a six, was the 10th-highest by an England batsman and the seventh-largest maiden century by a player from any country.

Buttler (152) also tormented the tourists with his second Test century, after successfully reviewing when he was given out on 99, in a magnificent fifth-wicket stand of 359 - a record for England - before Joe Root finally declared on a mammoth 583-8.

Anderson took 3-13 late in the day to leave Pakistan in deep trouble on 24-3, trailing by 559 and facing their first Test series loss to England for a decade.

Buttler was triggered caught behind one away from his century in a rain-affected morning session, but immediately signalled for the DRS and punched Mohammad Abbas for four in the same over to end a two-year wait for his second Test hundred.

Crawley drilled Naseem Shah to the ropes to move into the 190s after lunch and shifted through the gears after bringing up 200, taking the Pakistan attack to all parts.

The 22-year-old soon raised his bat again after making 250 with a disdainful four over square leg and looked untroubled before he was stumped down the leg side off Asad Shafiq.

Buttler had taken a back seat with Crawley in full flow but drove Naseem for a glorious 13th boundary of his brilliant innings to reach 150, then fell tamely caught and bowled by Fawad Alam.

Chris Woakes struck 40 before he became Fawad's second Test scalp, while Dom Bess was unbeaten on 27 and Stuart Broad struck a couple of sixes in his 15 before the declaration came.

Anderson added insult to injury by trapping Shan Masood lbw before Abid Ali edged to Dom Sibley at second slip. He also struck Babar Azam bang in front with the last ball of the day.

After his heroics on day one, Crawley might have been forgiven for thinking it was job done but he returned to the crease on Saturday hungry to add to his overnight total of 171.

Rock solid in defence and so strong on the front and back foot, he played with panache to become the youngest England batsman to score a Test double hundred since David Gower 41 years ago.

Only Tip Foster, with 287, has made more runs in his maiden Test century for England, while Crawley is the third-youngest Englishman to score a double century and he did so in great style.

Buttler was upstaged by Crawley, but the wicketkeeper-batsman played with great control and skill to post his highest first-class score.

He was happy to keep ticking along while Crawley took centre stage, showing his maturity to deliver another emphatic message to his doubters after a crucial innings in the victory at Old Trafford.

His marathon stand with Crawley was the joint fourth-highest fifth-wicket partnership in Test history and all-but ended Pakistan's hopes of drawing the series.

Devastating Anderson closes in on 600

Anderson has also had to contend with questions about his future during this series and once again let his class with the new ball do the talking.

A devastating late burst put the icing on the cake for England and left the seamer just four wickets away from 600 in Test cricket.