The Proteas capitalised on dream batting conditions to post a mammoth 222-6 in the decider at SuperSport Park on Sunday (February 16), Heinrich Klaasen top-scoring with 66 from only 33 balls.

That was not enough to prevent the tourists from winning a run-fest by five wickets with five balls to spare, captain Morgan matching his own record for the fastest T20 half-century by an England batsman.

Morgan bludgeoned 57 not out from only 22 balls - striking seven sixes - after Jos Buttler (57 from 29) and Jonny Bairstow (64 off 34) also flexed their muscles in Centurion. 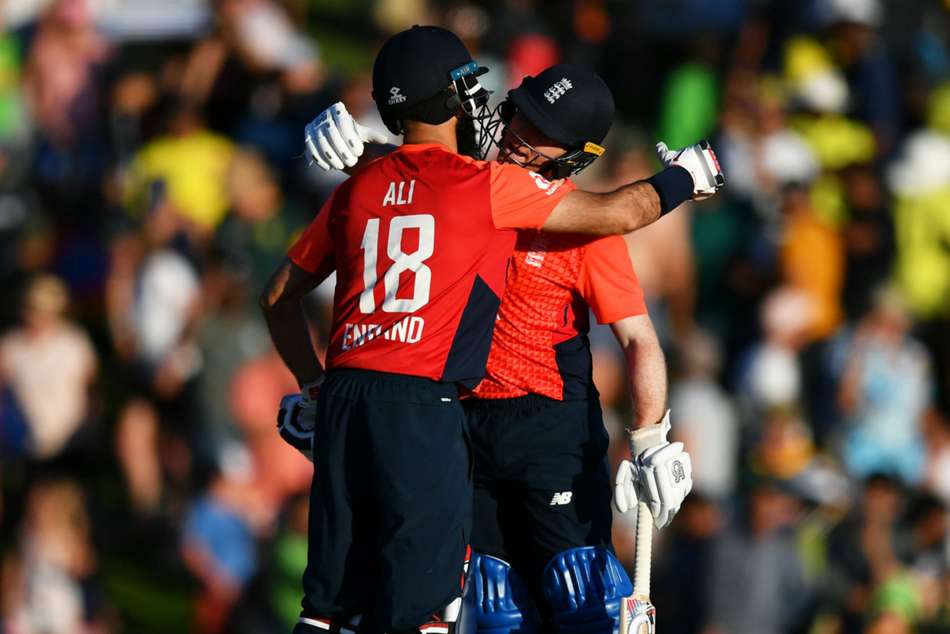 Skipper Morgan believes England sent out a message to their rivals with the T20 World Cup in Australia on the horizon.

"It creates belief that you can chase down anything and it reinforces what our method is in chasing big totals down," said the England captain, named man of the match and series.

"It's a reference point to what we can do, there’s no limit on restricting yourself to certain things. You want to leave everything out there with the bat.

"It won’t always work but it will give us the best chance of winning.

"Moving forward from this series, our learning will continue to get better, hopefully, because I don't think we’ve played at our best in this series."

Man of the match...
Man of the series...
Message for @Eoin16?pic.twitter.com/RZjOlaELhx

Morgan also gave his backing to Buttler, although he did not believe the wicketkeeper-batsman was at his devastating best at the top of the order.

"I'm delighted for Jos," Morgan told Sky Sports. "I think he has as much talent as somebody like AB de Villiers; it took De Villiers a long time, and a lot of games, to get going in a South African shirt.

"We need to back guys that have that sort of talent; Jos has been around a long time now and we know that when he delivers, we win games of cricket. It's great to see him back in the runs.

"I think the priority at the moment is to get the top three facing as many balls as they can - they are the most destructive players that we have.

"If that changes between now and the World Cup, and we feel the need to fill a gap somewhere, then we might change it but, for the moment, it's an extremely destructive batting line-up to play against."