Chennai, Dec 24: Tamil Nadu spinner Ravisrinivasan Sai Kishore was picked up by Chennai Super Kings (CSK) in the IPL 2020 Auction at a base price of Rs 20 lakh. The left-arm spinner was ultimately rewarded for the good work he's been doing at the domestic level in the last couple of years.

The 23-year-old, who grabbed the attention after his good show in the Tamil Nadu Premier League (TNPL) and later in the domestic season, was tipped as one of the players to watch out for ahead of the auction.

The Chennai cricketer had a brilliant run with the ball in Syed Mushtaq Ali Trophy 2019, where he remained the leading wicket-taker. He picked up 20 wickets from 12 games for Tamil Nadu side that ended up as the runners-up of the tournament in the national T20 league. 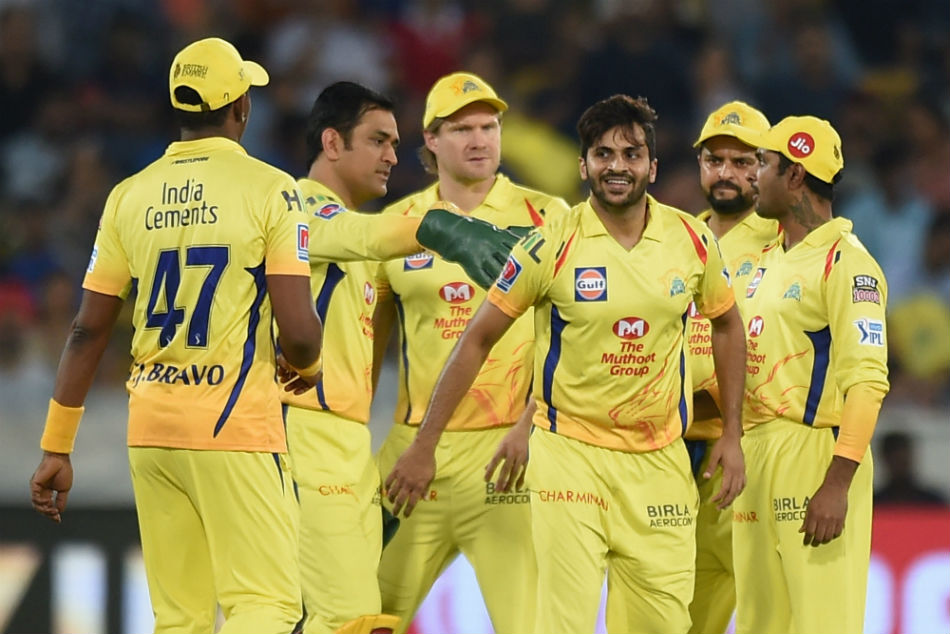 R Sai Kishore, who is pursuing an MBA apart from shaping up his cricket career, will be part of the home side in the upcoming season of the biggest domestic T20 league on the planet. The tall spinner is aware of the fact that CSK squad is laden with proven match-winning spinners but is optimistic about his maiden IPL stint for it will be a great learning curve for him. The youngster is pretty confident that he'll be able to perform if the captain includes him in the playing eleven.

In an exclusive chat with MyKhel over the phone from Chennai, the Tamil Nadu spinner talked about his happiness after getting picked up by CSK, the role of senior Tamil Nadu players like Dinesh Karthik and R Ashwin, and his zeal to get better with every passing day.

Here are the excerpts of the exclusive interview:

MyKhel: What are your thoughts on being picked up by Chennai Super Kings for IPL 2020? Was it on the expected lines?

Sai Kishore: Yes, I was expecting that some team will pick me up during the auction and I am really glad that CSK picked me up. It's a special feeling because from my childhood I have been cheering for the side and to be a part of the CSK side feels very special.

MK: Any particular side you wished to be picked up from in the auction?

SK: No there wasn't any preference as such. I was confident that some team will pick me and that could help me take the next step.

MK: Were you tracking the auction on the television? What was going through your mind when you went unsold in the first round of bidding?

SK: Yes, I was tracking it and I was a bit disappointed first time when I didn't find any takers in the first round of bidding. I started wondering why no teams chose to bid for me, but believe you me, it wasn't a huge disappointment, it was there for a minute or two. Later, when my name came up on the auction table for the second time, I was pretty confident that this time I'll get picked up and I was pretty glad that CSK bid for me.

MK: You'll be getting a chance to share the dressing room with 'Thala' MS Dhoni when the IPL 2020 season starts. How excited are you about that? Any plans as to how are you going to introduce yourself to him?

SK: No, I don't know how it will unfold. It feels pretty special but I haven't given much thought about it. I guess I'll get to learn something from my CSK captain as he's a legend.

MK: If we look at the CSK squad then it already has a few quality spinners in Harbhajan Singh, Imran Tahir, Mitchell Santner, Ravindra Jadeja, Karn Sharma, this year the franchise has purchased Piyush Chawla. So how big is it an opportunity for a youngster like you to interact with them, learn from them?

SK: To be honest, I don't see myself as a finished product. I am someone who believes in the learning part a lot. So for me, it will be a huge opportunity to observe how such senior players go about their business and I will try to learn as much I can by interacting with them. It's a big plus for me to share the dressing room with such proven match-winners and learning from them is going to be a good learning curve for me.

MK: As there are already such big match-winners in the side, do you think you'll be able to crack into the playing XI? How confident are you about that?

SK: I haven't thought about it but I would like to focus on my performance and leave the rest to the team management. I have not played any IPL games and it will be my debut season but whatever I have done and learnt at the domestic level, I am pretty confident that I'll give my best if I get a chance.

MK: Did you get a chance to interact with R Ashwin during the Syed Mushtaq Ali Trophy and Ranji Trophy matches?

SK: Honestly, I didn't get much chance to interact with him because he has been very busy with his international assignments but I have always got the support and backing of the other senior players in the side like Dinesh Karthik and Vijay Shankar. Even our coach Ramaswamy Prasanna gives me a lot of confidence and backs me well whenever I play.

MK: Since a wicketkeeper plays an important role in a spinner's success and you have a senior India cricketer Dinesh Karthik behind the wickets in the TN side. How did someone like Karthik help you improve as a bowler?

SK: During the Syed Mushtaq Ali Trophy 2019, Dinesh Karthik gave me a lot of tips about bowling. He shared a lot of ideas with me on what to do when a batsman does something on the pitch and those tips helped me a lot. He has been motivating me right from the TNPL days. In the Vijay Hazare Trophy, he backed me up by giving me important overs to bowl. If you saw in the Syed Mushtaq Trophy, I bowled most of my overs in the powerplay and I did well because he showed the belief in me. So he's someone who's always showed faith in me and backed my skills and that has helped me get better. So I am very grateful to him.

MK: What are your thoughts on Vijay Shankar and his captaincy in the Ranji Trophy?

SK: I've known Vijay from some time. I made my debut under him. I find him, someone, with whom I can communicate easily if you find a solution or devise upon an idea in our game. If you are having an average day, he could be the one you can go and talk, he's been pretty approachable. I've learnt a lot from him like his work ethic, the way he handles the players, all these things I've imbibed from Vijay. He has captained the TN side in only one game so far so can't say about that.

MK: How do you keep yourself focussed when things are not going to your plans in a game, say if a batsman has hit a couple of sixes against you. What do you do to keep yourself calm and composed?

SK: I think it's about how you prepare. If you are prepared for such scenarios, you'll have a solution in your mind and switch to a plan B. The pressure gets to you when you don't have the answers to the questions posed by the opposition. We as a bowlers practice for such scenarios in the nets and when you have prepared in the nets you'll get better during the match even when the chips are down. I try and prepared myself for all the scenarios during the practice session so that the external factors do not affect me.

MK: You were the leading wicket-taker during the Syed Mushtaq Ali Trophy. Does that performance give you confidence or puts you under some sort of pressure to continue doing the good work in the upcoming games?

SK: I haven't thought it that way. It feels great to be leading the charts. I consider it as my hard work finally paying me off. It doesn't put me in any kind of pressure. I feel happy that I could deliver for Tamil Nadu in the Syed Mushtaq Ali T20 Trophy and take confidence from it. I would love to continue the same to the multi-day format games as well.

MK: Any cricketers you take inspiration from?

SK: I used to do that a lot during my childhood but I stopped it when I became a professional cricketer. I am not someone who idolises people. Every day I try to compete with my self and get better. That is the only challenge I take.

MK: We have seen so many players getting an entry into the national side after doing well for Chennai Super Kings. Do you agree to play for CSK alone increases one's chances of making it to the next level or is it the hard work of the player that helps him get an India call-up?

SK: I think it's the player's effort as well as the team, you need to credit both the factors. I think it's the combination of both because the player (at CSK) does well and that the team is doing superbly, they (CSK players) get noticed by the selectors.

MK: Any resolutions for the new year?

SK: I don't believe in resolutions. But if you ask my plans, as I said earlier, I would constantly work to improve and get better with every passing day. I wish to be a better person both personally and professionally tomorrow than what I am today.

MK: What do you do in your free time, when you are not playing cricket?

SK: I am pretty much occupied with cricket but when I am free I try and read a lot of books, go out for movies, try and spend time with my family and friends and with my pet dog. I love dogs.