The tour, comprising three One-day Internationals and two T20Is, will begin on Wednesday (February 23) with the first ODI at theZahur Ahmed Chowdhury Stadium in Chittagong.

Fans in India can watch all the action live on FanCode App and www.fancode.com.

All the three ODIs (Feb 23, 25 and 28) which are part of the International Cricket Council (ICC) World Cup Super League, will take place in Chattogram while the Sher-e-Bangla National Cricket Stadium in Dhaka will host the two T20 matches on March 3 and March 5

The ODI series will be a vital fixture for Afghanistan and Bangladesh to strengthen their positions on the Super League points table.

Top cricketing nations will look to battle it out for next year's global showpiece event - The 2023 Cricket World Cup in India and the ODI series will be part of the inaugural 2020-2023 ICC Cricket World Cup Super League.

Bangladesh is currently placed second behind England and Afghanistan sixth, after their 3-0 win against the Netherlands. 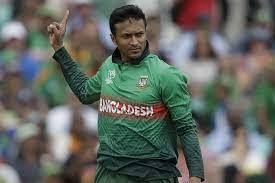 All-rounder Shakib Al Hasan was recalled to Bangladesh's squad for a two-match T20 series against Afghanistan. Shakib missed the side's most recent T20 series against Pakistan last year due to injury. Uncapped players Munim Shahriar and Yasir Ali were also included in the 14-man squad after impressive performances in the Bangladesh Premier League.

The hosts will also see experienced southpaw Tamim Iqbal returning to the ranks while the touring party will be strengthened with the return of seasoned all-rounder Mohammad Nabi and global superstar Rashid Khan.