Gaikwad is one of the most talented players: MS Dhoni

Bengaluru, October 30: Ruturaj Gaikwad's match-winning efforts against Kolkaka Knight Riders has won praise all over with Chennai Super Kings skipper Mahendra Singh Dhoni calling the young opener as one of the most talented players.

The 23-year-old followed up his unbeaten 65 off 51 balls from the last game against Royal Challengers Bangalore, with an even-more impressive 72 off 53 balls against KKR in Match 49 of IPL at the Dubai International Cricket Stadium on Thursday (October 29) night to set up CSK win.

The Maharashtra lad had been warming the CSK benches initially before getting his chance after the three-time champions decided to field untested players after their play-off chances were literally all but over.

"The changes are a conscious effort. We want to give games to people who haven't played and we need them to grab those opportunities. We had seen Ruturaj in the nets, but then he got COVID-19 positive and took 20 days. Unfortunate, but he'll remember this season," said Dhoni at the post-match presentation. 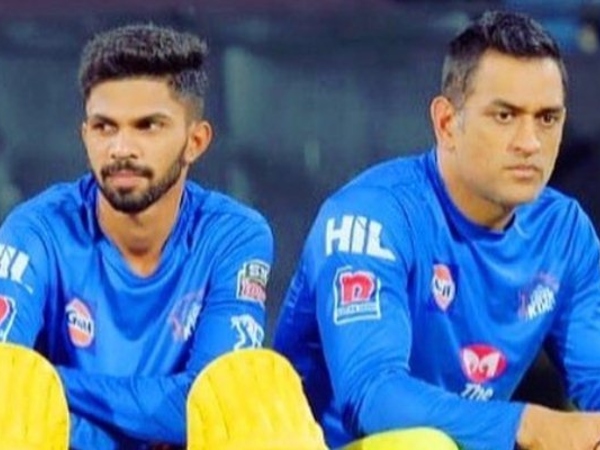 Throughout his innings, Gaikwad played some great shots that went with the flow of the bat. Apart from the shots over cover and long-off, Gaikwad also swept and pulled well, especially against Lockie Ferguson.

"He's one of the most talented players going around. What makes it difficult is he's not somebody who speaks a lot, so sometimes it becomes difficult for the management to gauge a player," added Dhoni.

Despite their second win on the trot, CSK stays at the bottom of the table with 10 points from 13 matches.

They wind up their IPL 2020 campaign with the match against Kings XI Punjab on Sunday (November 1) at the Sheikh Zayed Stadium in Abu Dhabi.

It is for the first time since the tournament's inception in 2008, that they have failed to make it to the play-offs.

"We aren't in the position to qualify for the next stage, but we've had a glimpse of people who can play for us in the coming seasons."