Harbhajan Singh: A match winner who gave it his all

New Delhi, Dec 24: A small spot jump followed by a two-step angular run-up and a fast action that hoodwinked batters. Harbhajan Singh would repeat this on sunny days, dreary afternoons and those nippy floodlit evenings for a decade at a stretch, winning matches for India. And then one day, it all came to a screeching halt.

Not all beautiful love stories have perfect endings and one can bet that as he bid adieu to the cricket field, the 41-year-old would have ideally liked a happier ending to his cricketing script. But there shouldn't be any regrets as it was a lovely journey, full of experiences that make life worthwhile and anyone who knows him closely would vouch that the 'R' word in his dictionary never stood for 'regret'. 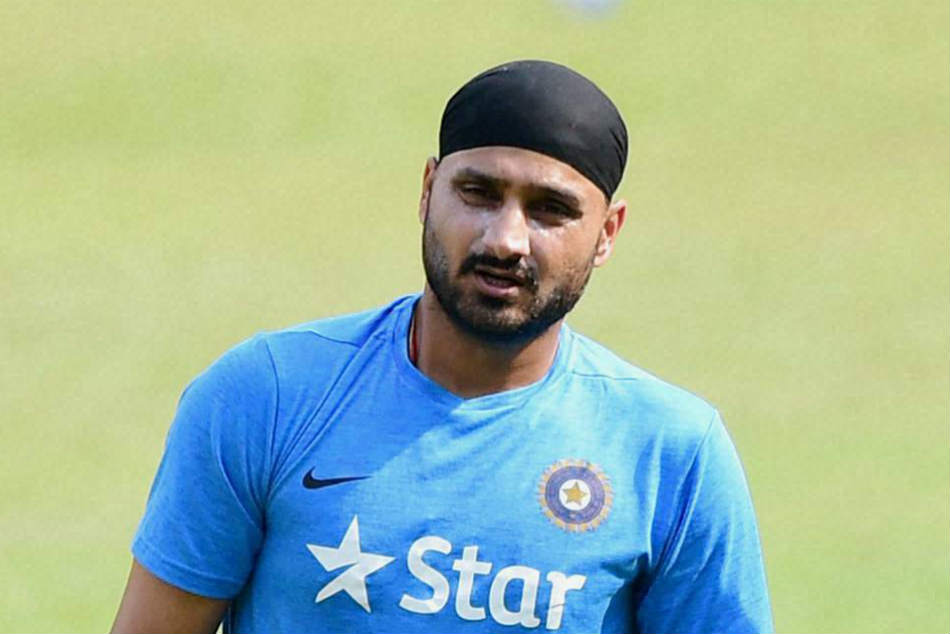 Harbhajan Singh retires from all forms of cricket, ends a 23-year-long career

He was semi-retired for the past few years having last worn the India blues back in 2016 but every story -- good, bad or ugly -- requires a closure and for India's Turbanator, his announcement of retirement officially marks an end to one of Indian cricket's most fascinating chapters.

With 100-plus Tests and 400-plus wickets, most of them not exactly coming on rank turners, Harbhajan's name will always figure among true blue cricketing elites of India. And with two limited-overs world titles under his belt, it's an enviable CV for any top-flight cricketer.

All good things come to an end and today as I bid adieu to the game that has given me everything in life, I would like to thank everyone who made this 23-year-long journey beautiful and memorable.
My heartfelt thank you 🙏 Grateful .https://t.co/iD6WHU46MU

He was unique in his own way with all his frailties, heartburns and controversies and the many imperfections that made him even more endearing. For him, his leader was always Sourav Ganguly, someone whose foresight perhaps stopped him from migrating to the United States in early 2000 after his father's death.

And during those ugly days of Greg Chappell versus Ganguly, he was the only cricketer who went on record to support his skipper only to be hauled up by the BCCI. He would never shy away from what he felt was the truth and thus protesting against stale food supplied by the National Cricket Academy led to his expulsion by then chief Hanumant Singh.

There would be questions raised about his action and twice he had to undergo tests to come out clean. The infamous 'Monkeygate' episode when he was accused of racial abuse by Andrew Symonds did mentally take a toll on him and he realised it as time passed.

The controversy related to shoving S Sreesanth during the IPL was avoidable but then in those days, he could well be on a short fuse and the incident that led to his suspension happened during that event's first edition.

The colorful patkas, the roar of a lion at every dismissal and the love for a good scrap made Harbhajan a true blue rockstar in those early days of the new millennium when the Indian cricket team under Sourav Ganguly was trying to pick up pieces after being shaken to the core by the match-fixing scandal.

Extremely combative, bordering on combustible with skills to match, Harbhajan, in his pomp, displayed the kind of swag that very few can even now. Ask Ricky Ponting, a legend of that era whom Harbhajan dismissed close to a dozen times in Test cricket.

Ponting never really got the measure of Harbhajan's doosra and the bounce that he generated from his gangly 6 feet frame. They say that a measure of any player's greatness is how he performs against the best of his era and those 32 wickets against Australia will forever remain the crowning glory of his international career.

Name the batter and Harbhajan had got him out. Ponting, Matthew Hayden, Adam Gilchrist, Damien Martyn, Steve Waugh, Jacques Kallis, Andrew Flintoff, he got them all. Yes, Shivnarine Chanderpaul, Younis Khan and Kumar Sangakkara did pose a lot of trouble but that didn't deter him from making significant contributions in winning Test matches in Jamaica, Hamilton and nearly another one in Cape Town.

He had five-fors in three of the four SENA countries, the exception being Australia. If one makes a fair assessment and revisits Harbhajan's best years between 2001 to 2011, India hardly played on rank turners or proverbial snake pits where ball would turn square from the first session on day one and matches would finish inside two and half days maximum.

Save for one game at Wankhede, where even Michael Clarke got six wickets, Harbhajan's performance did not seem dependent on tracks. In India, when Anil Kumble and Harbhajan formed the most potent match-winning bowling partnership, most of the Test matches that India won were either late on the fourth day or early into the fifth day.

It was also an era where the quality of Test batting hadn't gone down. So what exactly made Harbhajan special? The awkward bounce and pace generated off the pitch made him lethal as all the close-in fielders would be in business.

And the "doosra", which in simple words or layman's language would be off-spinner's leg-break that he learnt watching Saqlain Mushtaq and customized it well enough to scare the daylights out of the best in the business. When the ball turned the other way at that pace and the disconcerting bounce, the batter had very little reaction time.

Rahul Dravid, VVS Laxman, MS Dhoni, SS Das, Sadagoppan Ramesh, Aakash Chopra will swear that they would always be on alert as the ball would fly in any direction at different heights.

Often wicket-keepers who had kept up to him would say that when Harbhajan would be in rhythm, the ball, while drifting through its flight, would make a "snake-like hissing sound". And it happened when someone put his whole body behind the ball.

No one did it like him before and no one can still do it like him after the feisty sardar from Jalandhar left the scene. During the phase between 2007 to 2011, he got a new lease of life under then-coach Gary Kirsten as he became a terrific white-ball bowler -- the yorker to Michael Clarke in the 2007 T20 World Cup semi-final or beating Umar Akmal with sheer pace and trickery of angle in a tense World Cup semi-final, he delivered when it mattered the most.

In his later years, as IPL captured the mindspace, he became one of the best exponents of restrictive T20 bowling getting as many as 150 wickets in the league, most of them for Mumbai Indians. Between 2011 to 2016, his career went on a downward spiral and as luck would have it, it coincided with Ravichandran Ashwin's ascendancy.

He had taken 400 wickets by the time he was only 31 and could have easily gone past 500 wickets. When he came back from injury in 2011, the selectors decided to move on and when he got sporadic chances, the cricket establishment didn't handhold him as it should have given that he had been a champion performer.

He wanted to go out on a high wearing that India shirt but some things are just not meant to be. A few months back a popular web series Kota Factory had a fleeting scene where an IIT aspirant with a backpack while walking down the road suddenly shadow-bowls.

A smiling Harbhajan shared the clipping recalling his own glory days, "doesn't it look familiar". That spot jump and whiplash action, a fad for all the new millennium teenagers.

As Sachin Tendulkar once told this correspondent, "Harbhajan made a generation fall in love with the art of off-spin." He indeed did.