The latest landmark moment of a phenomenal career illuminated a rain-ruined final day, with visiting skipper Azhar edging a lifting delivery to Joe Root at slip after the first two sessions of Tuesday were lost at Southampton.

England great Anderson, playing for the 156th time in the longest format, was at his brilliant in claiming a 29th five-wicket haul in Tests as Pakistan, already 1-0 down in the series, were bowled out for 273 and forced to follow-on at the end of day three. 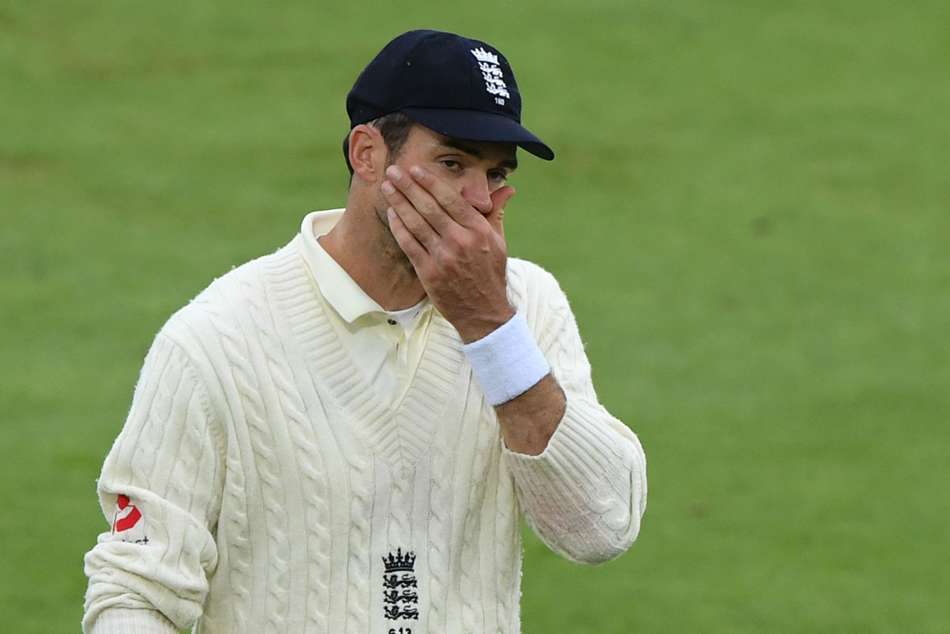 It meant the 38-year-old emerged with the new ball in his hand on the fourth morning, although a dropped catch behind the stumps by Jos Buttler delayed his progress - as similar errors by Rory Burns, Zak Crawley and Stuart Broad had late on Sunday.

He trapped Abid Ali lbw for number 599 and, despite the best efforts of the elements, Anderson would not be denied his moment in the final Test of the English summer.

Anderson is fourth on Test cricket's all-time list, with India leg-spinner Anil Kumble next in his sights on 619 wickets, while all-time greats Shane Warne (708) and Muttiah Muralitharan (800) are somewhat further afield.

A five-for on debut against Zimbabwe in 2003 launched Anderson's red-ball international career and he went on to establish himself as the leader of the England attack under Andrew Strauss' captaincy, with the side memorably winning the 2010-11 Ashes away from home and ascending to number one in the world.

He became England's most prolific bowler in his 100th Test match against West Indies in 2015, dismissing Denesh Ramdin to reach 383 victims and overtake Ian Botham.

Anderson has since continued to go from strength to strength, usually in alliance with his long-time new ball partner Stuart Broad, who joined him in the 500 club earlier this season.

When Anderson removed India's Mohammed Shami at The Oval in 2018, he moved on to 564 wickets to usurp Glenn McGrath as the most prolific seamer ever.

Australia hero McGrath then laid down a challenge now accomplished.

"I have a lot of respect for Jimmy. He's been an incredible bowler for a long time," he told BBC Radio 5Live. "If he can raise the bar to 600 wickets, that's an incredible effort."