London, June 14: Australia are sitting pretty in the top four as they approach the mid-point of the group stage and yet skipper Aaron Finch knows his side have not played anywhere near their best yet.

With three wins from four, including a thriller last time out against Pakistan at Taunton, the defending ICC Cricket World Cup champions have made a solid start to proceedings here in England.

At the top of the order Finch, David Warner and Steve Smith, have hit the ground running with big scores aplenty. 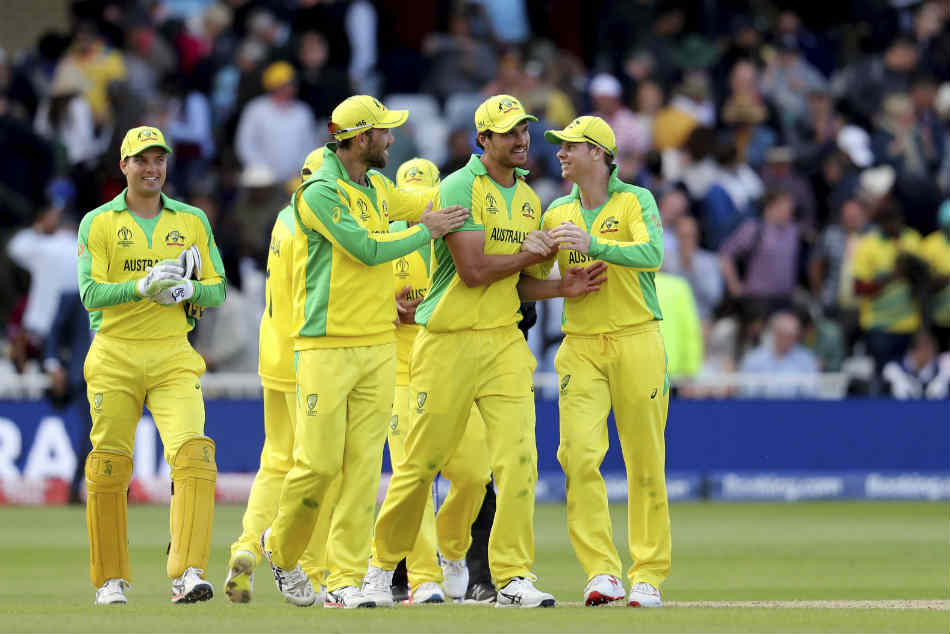 But the middle order has yet to fire - with Marcus Stoinis's side strain that will keep him out of the Sri Lanka clash at the Oval on Saturday not helping matters.

While in the bowing department, Pat Cummins and Mitchell Starc remain two of the world's best but behind them spots are still up for grabs.

But with so much cricket still to come, Finch is confident that their best cricket is just around the corner.

"I don't think we have gone anything near our best which is still a good thing," said the 32-year-old.

"We have six points on the board but are not playing anywhere near our best cricket which is a real positive.

"But as long as we are improving and continue to go up and not backwards, I think that is the key.

"You are coming up against different opposition all the time.

"But I was a bit disappointed we left a few out there at Taunton, on a ground that is so hard to defend once a team gets a run on."

On the bowling side of things, Glenn Maxwell has become a key cog with his off-spin while Finch himself even turned his arm over at Taunton and claimed the key wicket of Mohammad Hafeez with a rank full toss.

Finch added: "Have I been working on my bowling? Not much! I'm just trying to land them! My bowling is not great to be honest, it is pretty ordinary but I just got a bit lucky.

"When you play four specialist bowlers and rely on your fifth, what I would call a good part-timer is Maxy, he has shown last World Cup he was our spinner, he has shown he can do it.

"But it is tough without guys, especially all-rounders who balance out your side really well."

Other than Stoinis' side strain - with Mitchell Marsh now in camp as back-up should the all-rounder fail to recover - Australia are at full fitness. But Finch is not going to be underestimating Sri Lanka adding "You look down their side and there is a lot of experience there and world-class players. You can never take any team in this competition lightly.

"The fact we have been playing consistently every three days has been really positive, we are in cricket mode, play, travel, play travel, which keeps the flow going.

"Then it slows down a bit for us at the back end of the tournament.

"Some of our guys would no doubt be after a bit of a rest, it can wear you down.

"But it's good to be in this phase, playing all the time. Sri Lanka will be very tough opposition though, no doubt."