New Delhi, Feb 8: The Indian Under-19 squad got a well deserved two-day break ahead of the World Cup final, using the downtime to visit the iconic Nelson Mandela Square and Gold Reef City in Johannesburg. 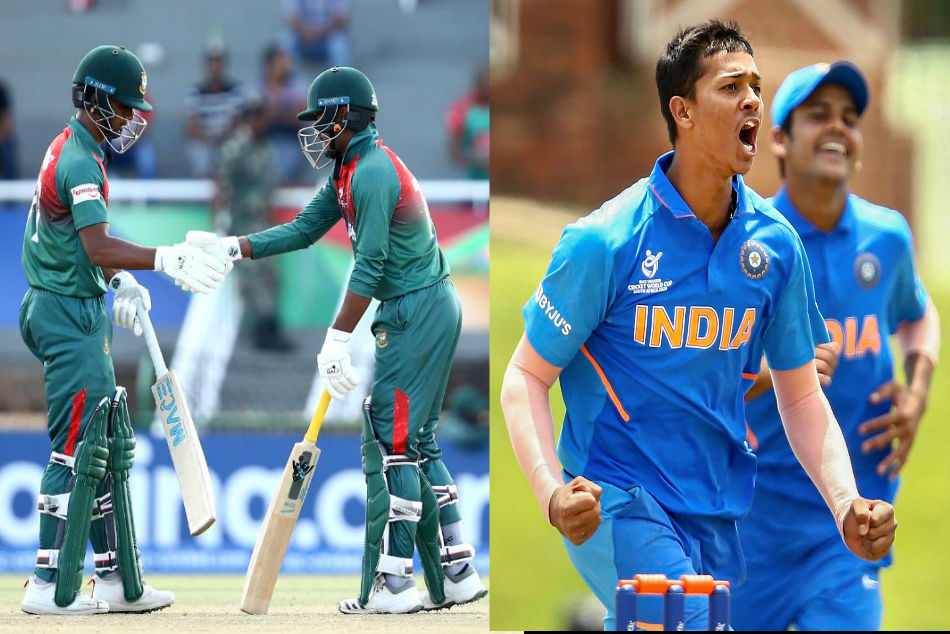 The team's fielding coach Abhay Sharma said the players needed to recharge their batteries after two high-pressure knock-out games against Australia and Pakistan.

On Tuesday, India had hammered Pakistan by 10 wickets in Potchefstroom, about 120 kms from Johannesburg. "Most of them are in South Africa for the first time. We thought the boys needed some time away from the game and visiting the Nelson Mandela Square was an enlightening experience for them," Sharma told PTI from Potchefstroom.

Besides that, the team bonded over lunch and also saw how gold was explored and mined during the gold rush that started in 1886. After a couple of days off, the team was back to training on Friday and had a lengthy practice session.

How many times do you think they hit the stumps in 60 seconds?#U19CWC | #FutureStars pic.twitter.com/YTHO32Ry8W

Though India played the quarterfinal and semi-final at the same venue, Indian bowlers chose to bowl in the middle and not in the nets. Extra attention was given to fielding in an extended session in which the focus was on slip catching and catching from awkward positions.

Sharma, who has also been giving throwdowns to the batsmen, said everyone in the squad is crystal clear about their respective roles and that is reflecting in the team's performance. The rest of the support staff comprises head coach Paras Mhambrey and batting coach Hrishikesh Kanitkar, both former India players.

While Yashasvi Jaiswal, Kartik Tyagi and Ravi Bishnoi have become overnight stars with their stellar performances in the tournament, wicketkeeper Dhruv Jurel has been quietly going about his business, impressing even the likes of former West Indies Ian Bishop.

"I was having a chat with Ian and he said to me that "Jurel is ready for international cricket" and he has emerged as the best wicket-keeper of the tournament," said Sharma.

The fielding coach revealed how the players settled their nerves before taking the field against Pakistan. "India-Pakistan is always a big game and there are bound to be nerves. Emotions run high in such a game and this is where the role of the support staff comes in. I sensed the nervousness, so had a two-minute calm-down session minutes before the start of the game," said Sharma, who also spent some time with Pakistan U-19 coach Ijaz Ahmed after the semifinal.