A bunch of us were wending our way towards Old Trafford for India’s pre-match training session on Saturday (June 15) when a complete stranger peeped out of the passenger-side window of a car at a traffic signal with this loud and passionate pronouncement. For a second, we were flattered that he actually thought we were players – ha! – when he quickly added, “*Bol dena unko*.”

'*Unko’* are trying to downplay the hype. They know the magnitude of any clash, especially in a World Cup, against Pakistan, but as the professionals that they are, they can’t allow themselves to be ruled by emotion or sentiment. To any professional worth his salt, every match is as significant as any other. But how do you cut out the white noise? How do you remain immune to the pulls and pressures when everyone you run into has just one message: JUST WIN TOMORROW. 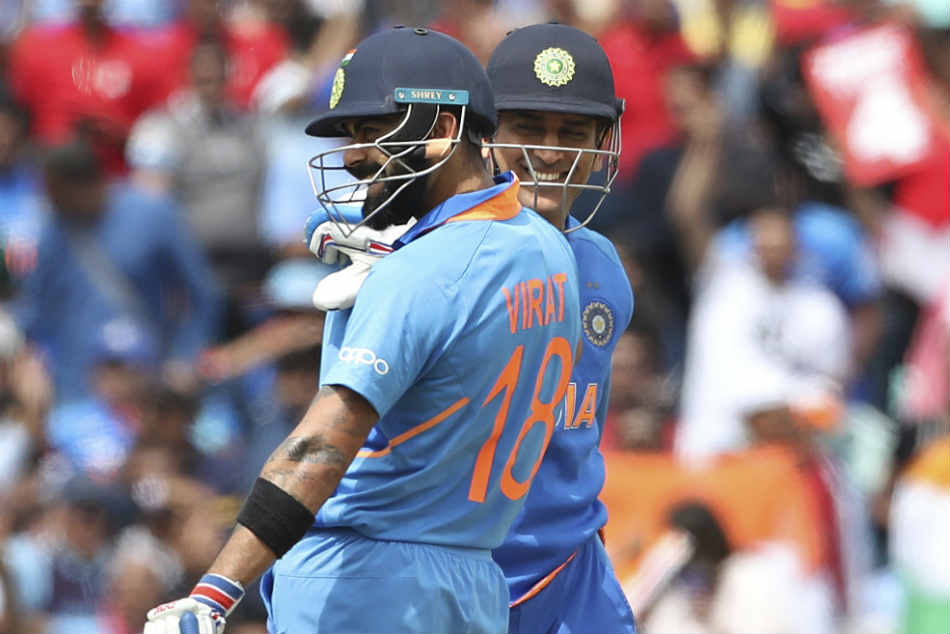 Virat Kohli, a picture of total nonchalance, of someone completely at peace with himself, had a few pointers aimed at attaining that immunity. Looking at him, you would never have suspected that the match projected as the biggest of this tournament was less than 24 hours away. That upwards of a billion people worldwide would tune in to watch the sub-continental giants go hammer and tongs at each other. That he was the captain of a side with favouritism bestowed on it, even if that tag has no tangible meaning.

“We have literally discussed nothing different from the time we came to England,” Kohli said with so much sincerity that not even the most cynical would have doubted him. “We understand that any game that you play for your country can be emotional, adrenaline-filled, so no one game is more important or more special for us than the other.

“As cricketers who have been selected to play for their country, our responsibility is to treat every game equally because you have to be committed to play for your country every game that you play, regardless of the opposition,” he went on. “For us, nothing in the change-room is different. Nothing changes in our mindset. We are a top side in the world because of the cricket that we played, and we always need to remember that. Our focus is absolutely that.”

Mickey Arthur, Pakistan’s South Africa-born coach, sang a similar tune at the start of his press conference, but as he warmed up, he made it clear – unwittingly, one is sure – that within the Pakistan camp, the approach towards the India game was vastly different from that of their opponents.

“I don't want to say it's the biggest rivalry in sport, but I saw some stats which said I think the soccer World Cup final attracted 1.6 billion viewers. Tomorrow, we are likely to get 1.5 billion. It doesn't get bigger than that,” Arthur crooned. “It doesn't get more exciting. I'm telling our players in the dressing room, you could be a hero tomorrow. Your careers are going to be defined by a moment in the game. You do something incredible tomorrow, you'll be remembered forever.

One internalizing and introspecting, the other throwing in the added dimension of the pregnant possibilities that lie ahead. Only time will tell which of the attitudes pays off on the morrow.

As for the hysteria in the stands and the expectations outside, Kohli was categorical that unlike his players, the fans had every reason to be excited. “We (players) can't get too emotional or too over-excited with any occasion that we play in,” said Kohli, who smashed a hundred in the last World Cup meeting between the teams, in Adelaide in 2015.

Loud and clear, Virat. The man in the car would have nodded his head in appreciation.

(R Kaushik is a cricket writer who has followed the sport closely for nearly three decades, and is covering his seventh World Cup).