Sydney, March 5: In a fair share of luck and an unbeaten run in the group stage propelled India into their maiden Women's T20 World Cup final after their first semi-final clash against England was washed out here at the Sydney Cricket Ground on Thursday (March 5).

Persistent rain since morning delayed the toss and eventually, the semifinal was called off without a ball being bowled, taking Indians into the summit clash and leaving England players in tears.

"Really frustrating. Not how we wanted the World Cup to finish for us. No reserve day, no chance of getting play, and ultimately that loss against South Africa cost us," a dejected England captain Heather Knight said after the game was abandoned.

Her India counterpart Harmanpreet Kaur also agreed that the semifinals should have had a reserve day, a request which was made by host Cricket Australia but turned down by the ICC. 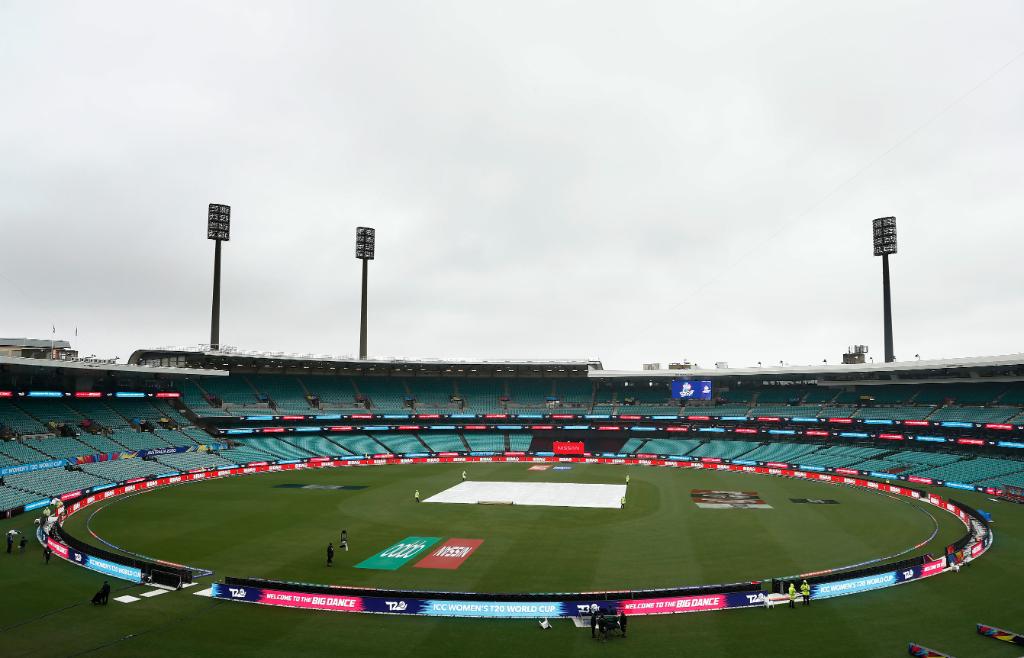 "Unfortunate we didn't get a game, but there are rules and we have to follow it. Having reserve days in the future will be a great idea," said Kaur.

India had topped Group A with four victories in as many matches while England had finished second in Group B with three wins and a defeat. England had ended runners-up in the previous edition. In the earlier seven editions, India had never reached the final but this time, they have emerged as serious title contenders after a string of superlative performances.

They began with a win over defending champions Australia and went from strength to strength after that, beating Bangladesh, New Zealand and Sri Lanka to top group A with eight points from four matches. If the second semifinal between South Africa and reigning champions Australia is also washed out then the Proteas will advance to the summit clash since they topped their group.

The Indian Cricketing fraternity, including men's captain Virat Kohli and women's ODI skipper Mithali Raj, congratulated Harmanpreet Kaur and her band for making it to the finals. They also felt for the English side but said no one has any control on weather.

Here's how cricketing fraternity congratulated the Women In Blue:

As an indian I am absolutely thrilled india has made it to the finals . But as a cricketer I feel for the English girls . I’d never want to find myself or my team in that situation. But the rules are such and it is what it is. Congratulations girls.This is big. #INDvENG #T20WC

Congrats Team on reaching the final! You guys deserved it after a superb performance in the group stage. Just one more game to go. Good luck! 👍🏽 #INDvENG @BCCIWomen @BCCI @T20WorldCup @ICC

Congratulations to the Indian Women's team on qualifying for the @T20WorldCup final. We are proud of you girls and wish you all the luck for the finals. 🇮🇳👏 @BCCIWomen

Would have loved seeing the semi-finals but Indra Devta ke aage kaun jeet sakta hai.
Mehnat ka parinaam achha milta hai. A reward for Winning all the matches in the group stage. Congratulations @BCCIWomen and wishing you glory this Sunday #T20WorldCup

Would have been great to see the match, but many congratulations to @BCCIWomen for making it to the finals of the #T20WorldCup . A reward for winning 4 out of 4 in the group stages. Wishing the girls the very best for the finals on #WomensDay

India through to their first-ever #WT20WC finals. Played like champions in the league phase and reaping rewards of the same in the face of relentless downpour. All the best for 8th. 🤗👍

Congratulations to the Indian Women's team on reaching the @T20WorldCup final. Goodluck, get the cup home girls 🇮🇳🏆 @BCCIWomen

Congratulations @BCCIWomen on reaching the #T20WorldCup finals! Wishing you lots of success & tremendous victory ahead. Way to go!

India thru to final of Women’s T20 World Cup. England unfortunately ‘washed’ out of the contest. As seems likely right now, Australia could suffer same fate. Major organisational boo boo. At this stage of the tournament, there should have been provision for a rain day.

Not the ideal way of making the final but as I said in my previous tweet, it is a reward for topping the table and playing outstanding cricket. To beat Australia and New Zealand was special