London, June 25: Australia became the first team to seal a spot in the Cricket World Cup semi-finals as captain Aaron Finch hit a century and Jason Behrendorff claimed 5-44 to consign England to a second straight loss.

The reigning champions secured a sixth win from seven games by claiming a 64-run triumph at Lord's, Finch scoring 100 in their 285-7 before Australia's seamers starred, dismissing England for 221 inside 45 overs. 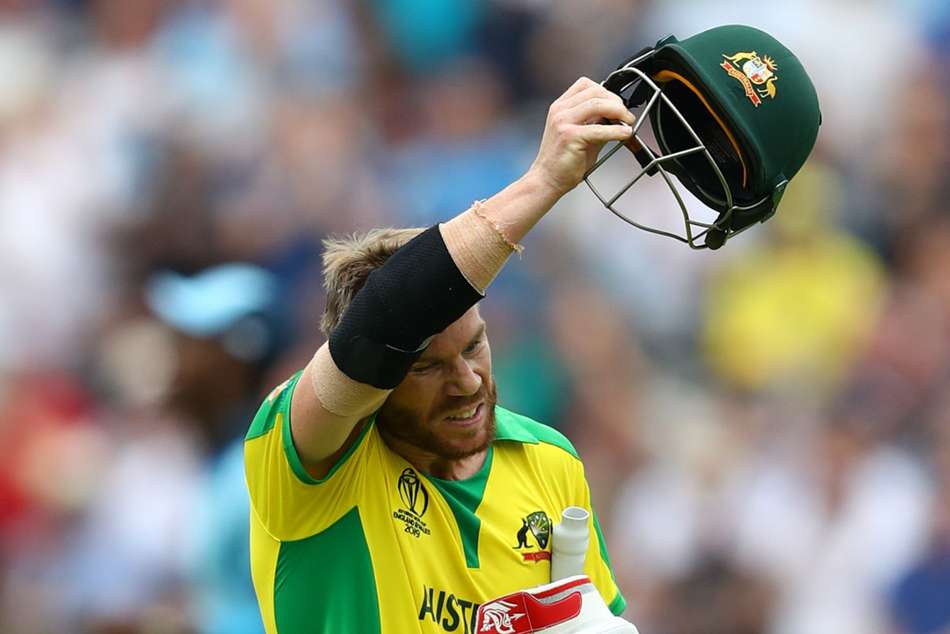 Finch was part of a 123-run opening stand with David Warner (53) but Australia did not build on their early momentum having been 185-2 in the 36th over, with middle-order trio Steve Smith (38), Glenn Maxwell (12) and Marcus Stoinis (8) all unable to kick on.

Having failed to chase down 233 in a 20-run loss to Sri Lanka four days earlier, England's semi-final aspirations took another big blow as they once again came up short, despite more heroics from Ben Stokes (89).

The recalled Behrendorff set the tone by bowling James Vince (0) with the innings' second ball and though he took five wickets for the first time in an ODI, it was Mitchell Starc (4-43) who crucially ended Stokes' knock - and effectively England's hopes - with a brilliant yorker.

Having looked like the man who might drag his team over the line against Sri Lanka at Headingley, Stokes was again bidding to be the hero at the Home of Cricket.

Coming in with England 26-3 in the sixth over, Stokes' approach to come down the track to the seamers was paying dividends until Starc cleaned him up with a full delivery that ducked in late.

Stokes, who made an unbeaten 82 against Sri Lanka, had put on two half-century partnerships with Jos Buttler (71 for the fifth wicket) and Chris Woakes (53 for the sixth wicket) but England's hopes went with him, Starc later taking his tally to a tournament-leading 19 wickets.

Despite his side losing their last two games, one man has been brilliant 🙌

In his last two games with the bat:

England opener Vince made a third successive appearance due to Jason Roy's lingering hamstring problem, and it might just be his last.

A scoreless Vince was bowled through the gate by an inswinger from Behrendorff when attempting to drive as the hosts suffered a disastrous start, Joe Root and Eoin Morgan both fell in single figures too. It was a position they were unable to ever fully recover from.

This was Vince's 11th ODI innings and he has passed 50 just once. England will be hoping Roy is able to return against India on Sunday for what has now become a crucial fixture.

No pair has shared more at a single World Cup 👀 #CmonAussie pic.twitter.com/FvvevEKNxi