The explosive right-handed batsman surpassed Sri Lankan batting great Kumar Sangakkara to become the first batsman in the history of the game to score five centuries in a single edition of the World Cup. Prior to him Sangakkara held this record when his notched up four tons in the previous edition of the showpiece event. 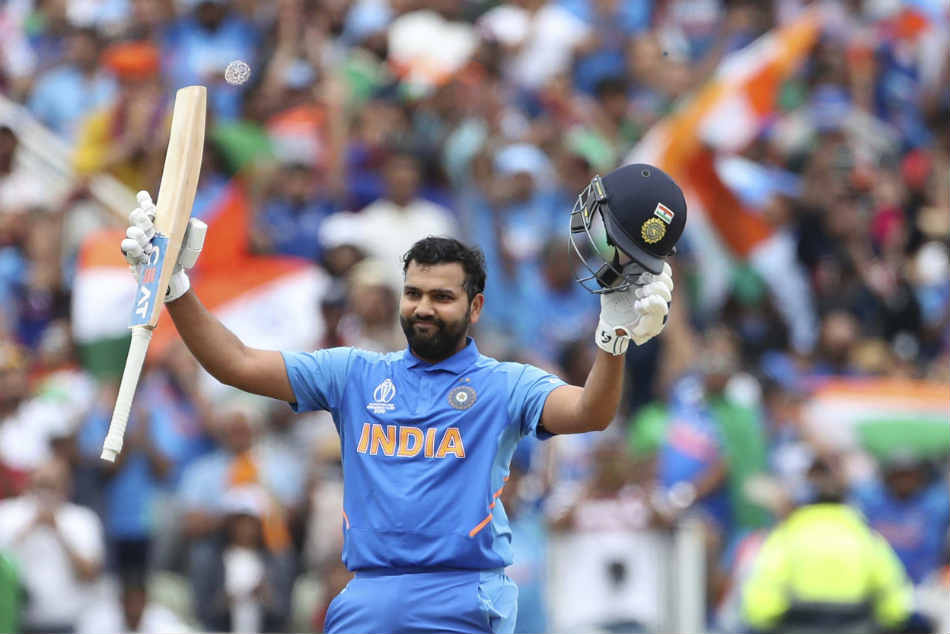 This was Rohit's 27th ODI century and 17th since 2017, which is most by any batsman in this period. The Mumbaikar also equalled Sachin Tendulkar for most World Cup centuries i.e. six in the WC.

The prolific opener also surpassed Bangladesh all-rounder Shakib Al Hasan to become the leading run getter in this tournament. He has scored 647 runs in 9 games so far and might very well surpass Sachin Tendulkar's record of 673 - the highest total in the WC - which the Master Blaster achieved in 2003 WC.

3 consecutive 100s and 5 in a single @cricketworldcup is just phenomenal, Rohit.
Very good to see @klrahul11 go on to convert a good knock into a 100 as well!👌 Good signs. 🙂#CWC19 #INDvSL pic.twitter.com/p7e3cduV8B

Unbelievable consistency from Rohit Sharma, World Cup 100’s running in him like haemoglobin in our bloods. A good 100 from KL Rahul as well and a well deserved win for Team India. Semi Finals kiske saath lag raha hai ? #IndvSL pic.twitter.com/ehp5VZXWWF

Public Appeal: I need to borrow some words. Because I’ve got none left to describe @ImRo45 🙌 #CWC19

Rohit Sharma is the first player to score three centuries while chasing in World Cup history.

No other Indian player has more than one ton in World Cup chases. #CWC19 #SLvIND

Five centuries at one World Cup. Rohit Sharma is creating some very special landmarks. And for lovers of batting, providing a lot of joy

What was even more heartening than @ImRo45's record 5th century this World Cup was @imVkohli's tension as Rohit neared the three figure mark and his absolute delight when Rohit got there. Proud to support this team, whatever the result!

Rohit Sharma is playing at another level, fatherhood has helped him immensely. Also, nice to see KL Rahul convert this into a 100. #IndvSL

Kudos to the brilliant #Hitman @ImRo45 for being the first batsman in history to make 5centuries in a #WC
After 16yrs can he break the record of the legendary @sachin_rt and cross the magic number of 673?#IndianCricketTeam #WC2019