Birmingham, July 11: Much of the talk around England and Australia's Cricket World Cup semi-final focused on one word – pressure. 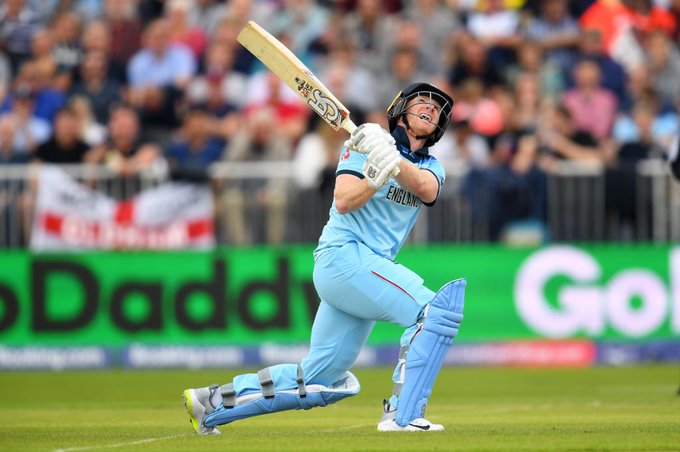 ICC World Cup 2019: We have made dramatic improvement since 2015, says Eoin Morgan

And, with serial World Cup winners and reigning champions Australia perhaps more intent on Ashes glory later on this tour, the majority of those discussions centred on England.

Would they wilt at the semi-final stage? Could they chase down a total? Would the expectancy of the Edgbaston faithful weigh heavy on their shoulders?

The answer to all those questions was a resounding 'no', as Eoin Morgan's men stormed into a Lord's final against New Zealand with an eight-wicket thrashing on Thursday in front of an increasingly raucous crowd that belted out 'Sweet Caroline' with intensifying vigour as the end drew near.

A developing trend at these finals has seen sides win the toss, opt to bat, post a score and subsequently squeeze the opposition on deteriorating pitches.

Coming into this encounter, 17 of the previous 21 matches had been won by the side batting first – a sequence that included England's victories over India and New Zealand to secure their place in the last four.

On both occasions, the hosts went big and comfortably defended their totals, but the two prior outings had seen altogether different outcomes.

England failed to chase 233 against Sri Lanka at Headingley and were well short as Australia cruised to a 64-run win at Lord's.

Before the tournament, Morgan's men were seen as the team that could overhaul any score, thumping Pakistan 4-0 in an ODI series that featured two successful chases in excess of 340.

Those losses to Sri Lanka and Australia changed that perception, at least among pundits and the public, and another P-word – pressure – became a significant factor in the equation.

But that was nowhere to be seen at Edgbaston on Thursday, as Australia were rolled out for 223 before a below-par target was overhauled with 107 balls remaining.

Once again, England owed much to Jason Roy and Jonny Bairstow, who added 124 for the opening stand inside 18 overs – their fourth successive century partnership.

In Wednesday's media conference, Aaron Finch talked up the importance of the first 10 overs. Whoever started the better would likely go on and win, was the suggestion.

The Australia captain got his first wish in winning the toss and opting to bat, only to fall to Jofra Archer for a golden duck and then watch as David Warner and Peter Handscomb swiftly joined him back in the dressing room. After 10 overs, Australia were 27-3 and had struck only three fours.

England, by contrast, had surpassed that tally inside six overs and had even added a Roy maximum for good measure en route to being 50-0 at the end of the first powerplay.

The chat in the media box during the innings break was that 224 could prove a challenging target – after all, England had failed in similar circumstances against Sri Lanka while there were lessons to be learned from New Zealand's semi-final win over India 24 hours previously, when the Black Caps successfully defended 239.

But Roy and Bairstow strode out as if this was a bilateral series bash-fest, an approach underlined by the former launching Nathan Lyon's first ball for six and reverse sweeping for four later in the same over.

Struggling to stem the flow, Finch turned to the occasional leg-spin of Steve Smith. Roy responded by hammering three straight sixes, the third an absolute monster into the top tier.

The early swing Chris Woakes and Archer had enjoyed was not evident for Mitchell Starc and Jason Behrendorff, while England's openers took full advantage as Roy produced another performance that will only intensify calls for him to be included in the Ashes squad.

Ahead of a World Cup final, that is a discussion for another day, but this display should at least put to bed all the prior talk of pressure and whether it would overwhelm this England team.

Exactly a year on from the men's football team's semi-final heartache, the Edgbaston crowd sang 'Cricket's coming home'. That is yet to be decided but, on this evidence, if England are found wanting at Lord's, it is unlikely to be due to the gravity of the occasion.