Edgbaston, June 27: The one thing New Zealand won't do is panic after the defeat to Pakistan, this team doesn't panic and hasn't for a long time.

They have been playing a style of cricket that has delivered success and they have won five games out of seven, with one washout, at the ICC Cricket World Cup 2019, so this defeat to Pakistan will not change that.

That success breeds confidence and calmness, so there is no point in changing strategy just because of one loss. They will stay true to how they have played for a number of years.

Because they have played so well and set the standard so high, when you have one loss, people search everywhere for what went wrong.

I think they will remain calm and stress-free as Kane Williamson said in his post-match press conference, moving onto that next game knowing they are pretty much assured a semi-final spot. Lots of things would have to go against them for it not to happen.

I really enjoyed the game at Edgbaston against Pakistan and the nature of the wicket.

The traditional road we've seen in one-day cricket where 350 plays 350 is not quite as prevalent and it makes for an exciting game.

It brings the spinners into play and brings the bowlers in general into play. It allows real batsmanship to be on display. We saw that from Babar Azam who was just exceptional. He dealt with some very good balls and showed why he's such a classy player. If you take away the partisan nature of supporting New Zealand, I'm really enjoying watching these sort of games.

For New Zealand, they got some confidence because of how well Jimmy Neesham and Colin de Grandhomme played.

You don't often expect your all-rounders to be put in that situation where you're 83/5 but when they do and they reply like that, it's pretty exceptional.

They are two batsmen first and foremost, that's probably how they view themselves and they put that on display. I think New Zealand were feeling good about themselves going into the mid-innings break on the back of that.

I think they were two quality innings by Neesham and De Grandhomme, which were then matched and surpassed by Babar Azam and Haris Sohail. 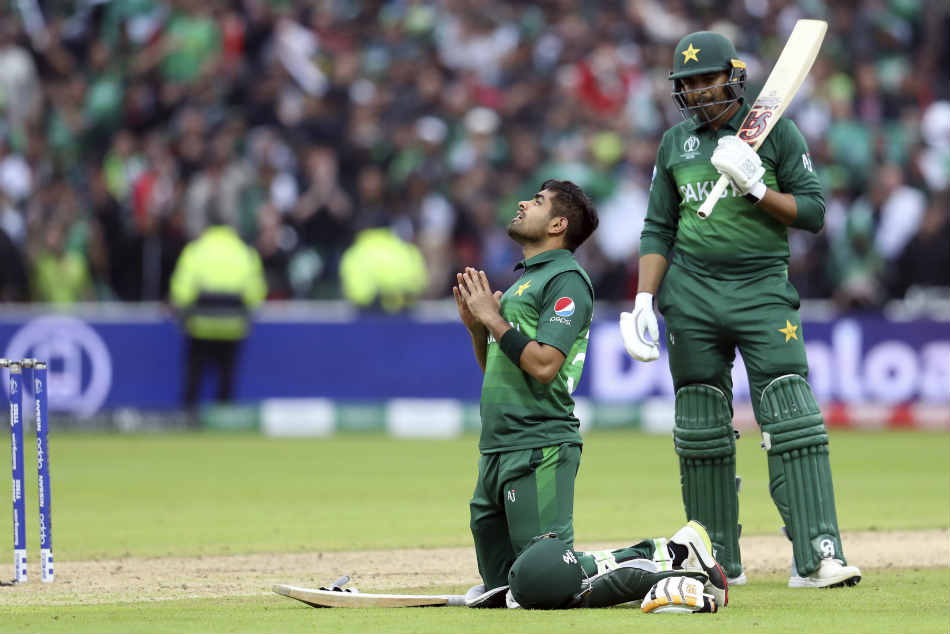 New Zealand's top order didn't fire, but it doesn't really worry me. With Martin Guptill, he's such a good player and has had such a proven record for New Zealand for a really long time.

He's put together a phenomenal career and every time he misses out, it feels like he's just closer to doing something special.

That's how I continue to think about him. If you look at the last World Cup, he started a little slow and then got a hundred against Bangladesh and everyone knows what he did in the quarter-final against the West Indies.

New Zealand will say to themselves they have hopefully got another four games of cricket and within those four games, Guptill, in particular, could make a real difference to our chances.

The big challenge in the next game against Australia at Lord's will be Aaron Finch and David Warner, they have been exceptional in this tournament.

They have set Australia up. No one else has had to bat that much. The ability to dismiss those two early on will be crucial and more often than not, that falls on Trent Boult to do that.

New Zealand will have to read the wicket and make sure they prepare well, but just because they have lost one game, there is no reason to worry about them.