ICC World Cup 2019: Pakistan's performance in World Cup is not bad at all, says Moin

By Pti
Published: Thursday, July 4, 2019, 17:39 [IST]
oi-Chitrangada Dc
Pakistan have won five games out of the eight matches with one game being a washout


Karachi, July 4: Facing the ire of critics and fans alike, the Pakistan cricket team found an ally in former captain Moin Khan, who believes the 1992 champions did not have a disastrous World Cup campaign despite standing on the verge of ouster. 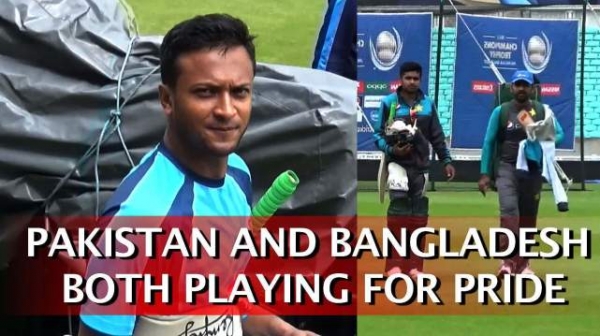 Pakistan And Bangladesh Both Playing For Pride

Pakistan's hopes of sealing a semi-final berth were trampled when arch-rivals India and New Zealand lost to England, leaving the road to the knockout stage for Sarfaraz Ahmed and his men just an improbable mathematical calculation. They will take on Bangladesh in their final group stage match at the iconic Lord's in London on Friday.

"Look if we win against Bangladesh we would end the World Cup with five wins out of nine with one match abandoned which is not a bad performance by my standards. So, whatever the PCB does it needs to think very carefully because just changing faces or positions will not help," Moin said.

Pakistan have won five games out of the eight matches with one game being a washout. They suffered heavy defeats at the hands India, Australia and the West Indies, which spoiled their net run rate.

Citing the example of reigning champions Australia and their impressive turnaround, former Test batsman Basit Ali said professionalism and accountability is the need of the hour for Pakistan cricket.

"Australia till recently were being badly bruised and beaten at home by India and see how they staged a comeback and are now top of the World Cup points table. We need that sort of professionalism, planning, and accountability of players and coaches in our system," Ali said.

The Pakistan Cricket Board (PCB) has already announced that its revamped cricket committee will hold a robust inquiry into the team's performances in the last three years before making recommendations to the Chairman for action.