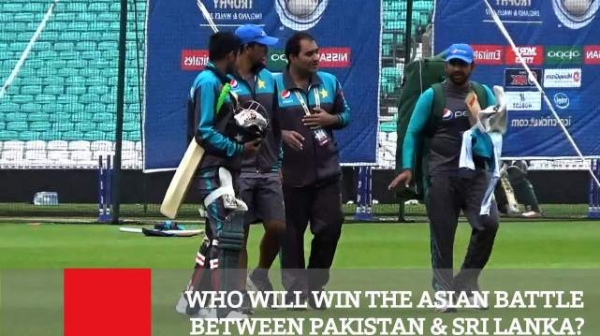 Who Will Win The Asian Battle Between Pakistan & Sri Lanka?

Bristol, June 6: Buoyed by their comprehensive win over tournament favourites England, Pakistan will look to carry on the momentum when they take on Sri Lanka in their third ICC Cricket World Cup game at the County Ground in Bristol on Friday (June 7).

Both the teams, who were outplayed in their opening games, won their second games and made sure their fans don't lose hope. While Pakistan were more convincing in their win against England, Sri Lanka were rusty, especially in the batting department where they suffered a horrific batting collapse and almost surrendered before underdogs Afghanistan.

It was only their pacers, especially Nuwan Pradeep and Lasith Malinga, who brought them back into the match and helped them register a narrow 34-run win in a match that was cut down to 41-overs affair due to rain.

Pakistan, who were bundled out for 105 against West Indies, made a terrific turnaround against Eoin Morgan and boys as they first scored 348 and then successfully defended it on a batting-friendly Nottingham pitch in their second game. And thus, they would be the more confident side going into Friday's match.