ICC World Cup 2019: We have made dramatic improvement since 2015, says Eoin Morgan

Birmingham, July 11: England captain Eoin Morgan on Thursday said his team has taken a massive leap since its first round exit in World Cup four years ago and has a "huge opportunity" to win the elusive crown at Lord's on Sunday.

England hammered Australia by eight wickets to reach their first World Cup final since 1992. "I was six in 1992, I don't remember it, but I have seen a lot of it. It is an opportunity for us on Sunday, a huge one at that too. It is a massive leap from where we were in 2015. Everyone in that dressing room must take a lot of credit for that," said the 32-year-old skipper at the post-match presentation. 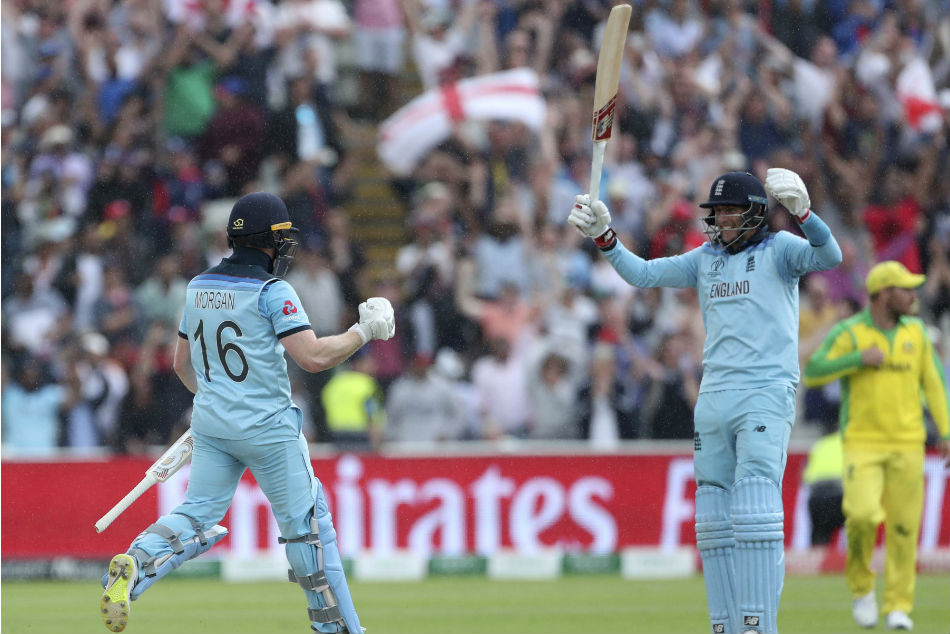 Openers Jonny Bairstow and Jason Roy are in the form of their lives and Morgan would love a fifth consecutive century stand from them in the final against New Zealand. He also praised pacer Chris Woakes, who took three crucial wickets against Australia.

"Roy and Jonny at the top of the order are really imposing when they get themselves in. They are in the form of their lives and they take advantage of that. They set the tone for us. "Extremely happy for Woakes also. He is a cool customer and has been one of the best bowlers for us in the last couple of years."

England had also beaten India in the league stage here at Edgbaston and Morgan said his team took confidence out of that win. Australia skipper Aaron Finch had no qualms in admitting that his team was outplayed.

"We were just totally outplayed today. The way they set the tone with the ball and getting to 27/3 after 10 overs was a huge part of the game. And was too hard for us to get back from. You do expect the new ball to seam first up, but they bowled really well by targetting the stumps and bowled a great length, something that we tried to do as well.

"But plenty of positives for us in this World Cup especially given where we were last year when we came here in England. You always want to win, but really proud of the group to get us here. In the last six months or so, there has been a lot of character shown, but it still hurts.

"We tried to change it up as much as we could, kept looking for wicket taking options. Just couldn't find it because they played exceptionally well," said Finch.