ICC World Cup: Afghanistan have been a real disappointment in World Cup 2019 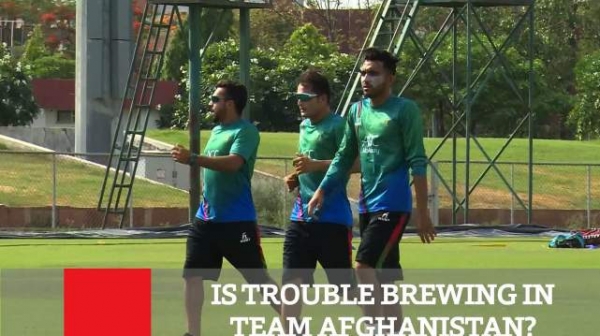 Is Trouble Brewing In Team Afghanistan

Bengaluru, June 18: After Afghanistan won the qualifiers in Zimbabwe last year to reach the ICC World Cup 2019 ahead of teams like Zimbabwe and Ireland, the cricketing world was enthusiastically waiting to see how memorable they make their second appearance in the marquee event.

But Afghanistan, seen by many as the fastest growing cricketing nation in the game’s history, have so far failed to impress. They have lost all four games they have played so far – against Australia, Sri Lanka, New Zealand and South Africa – and one suspects that far too many things have gone wrong for them.

Afghanistan certainly failed to cope with the high pressure that comes with the World Cup. Their batters’ shot selection in the tournament has been far too poor even as the bowling did impress at times.

Even their fielding has been up to the mark and it looks unlikely that Afghanistan could even match their one-win record of 2015. The team needs to pull up their socks if they want to end this World Cup on a brighter note.

Baffling to see captain getting changed a month ahead of WC

One issue which baffled the fans about Afghanistan is their board’s sacking the long-time captain Asghar Afghan just a month or so ahead of the World Cup. Afghan, 31, had been leading the side since 2015 and has the best win percentage of almost 60 per cent.

The board defended the move saying replacing Afghan with Gulbadin Naib was more about building the future. That logic sounds ridiculous for it ruined the cohesive mindset a team grows under a captain serving for a long time.

The issue of team building could have been done even after the World Cup came to an end. It is not without a reason that former captains Mohammad Nabi and Rashid Khan had objected to this move but as it is rightly said, it is futile to fight with the wise men of cricket.

Asghar’s instance had a stark similarity with South Africa’s first post-Apartheid captain Clive Rice who did not lead SA in their first World Cup in Australia and New Zealand in 1992.

Mohammad Shahzad controversy could have been handled better

The controversy around Mohammad Shahzad was also not a positive one for Afghanistan. Might be Afghanistan’s highest scorer was unfit to make it to the playing XI but whatever it was, the management of the issue was not up to the mark.

Shahzad’s turning emotional and the captain saying the matter won’t affect them on the field confirm that Afghanistan are yet not there in importing professionalism in their system. In the middle of a World Cup, any sort of controversy affects the entire team.

Afghanistan yet not smart enough to pull off close wins

On the field, Afghanistan need to learn the trick of pulling off wins in close games. Naib’s men had a golden opportunity to win the game against Sri Lanka in Cardiff on June 4 after bowling them out for 201 but their batsmen were clearly clueless in winning the rain-hit game, as they could not rotate strike and got too stagnant to allow the Lankan bowlers to dictate terms.