"The most difficult decisions are often taken with the heaviest of hearts. And with one heavy heart, I've decided to make an announcement that I've dreaded all my life," wrote Gambhir on his Twitter handle.

The most difficult decisions are often taken with the heaviest of hearts.

And with one heavy heart, I’ve decided to make an announcement that I’ve dreaded all my life.

The upcoming Ranji Trophy match between Delhi and Andhra Pradesh, starting Thursday (December 6) will be playing his last game at his home ground Feroz Shah Kotla. 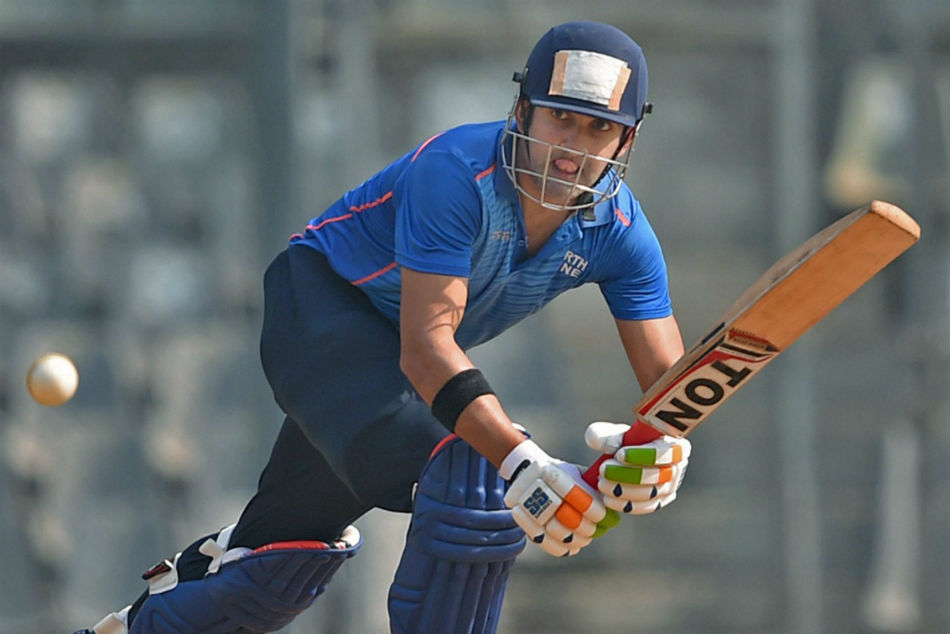 Gambhir has played 58 Tests, 147 ODIs and 37 T20Is for India. The southpaw from Delhi last played for India in 2016 during a Test match against England. He was also part of the Test side when India reached No. 1 rankings in the longest format of the game.

Congratulations on a phenomenal career, @GautamGambhir!

Gambhir has also lead the Indian Premier League (IPL) side Kolkata Knight Riders (KKR) to two IPL triumphs in his leadership. He's the second most successful captain in the IPL after MS Dhoni (Chennai Super Kings) and Rohit Sharma (Mumbai Indians), who have lifted the IPL crown three times.

In the World T20 2007, the southpaw scored a match-winning 75 off 54 deliveries in the final against arch-rivals Pakistan.

In the 2011 World Cup final against Sri Lanka in front of a frantic home crowd at Wankhede Stadium, the southpaw played another match-winning knock of 97 as the Men In Blue chased 275.

In the video shared on his Facebook handle, Gambhir said, "Hi friends, a big thanks to all of you for your time. Well, I am here to share a thought that I have been contemplating and I dare say dreading (takes a deep breath). The thought has been with me day and night that has traveled with me on flights like an irritable baggage. It has accompanied me to practice sessions and mocking at me like a menacing bowler. On certain other days, it has made my dinner taste horrible.

Grounds, dressing rooms, washrooms, you name it, that thought has really deserted me. Each time I got out playing for India, Kolkata Knight Riders and Delhi Daredevils, this thought would turn out to be a sharp disturbing noise and walk with me to the dressing room and shouting 'It is over Gauti'."

"After more than 15 years of cricket for my country I want to retire from playing this beautiful game," he said.

"Despite all the aches and pains; fears and failures I won't mind a repeat of this in my next life too. But obviously, with a few more wins for India, a few more hundreds and in the next life may be a few five-wicket hauls as well.

"This may sound a little wishful but then I have seen wishes do come true. Two World Cups, highest run-getter in finals of both these games is a stuff dreams are made of and I only had this dream of winning the World Cup for you all. I think someone up there was writing my script but looks like now he has ran out of his ink!

"But along the way he wrote some fascinating chapters. Somewhere on the top is being part of the number one Test team in the world. A trophy that I look at very fondly is the one that I got for being awarded ICC Test batsman of the year in 2009. For a purist like me it is a reward of somewhat knowing where my offstump was.

It’s been a great journey. Some memorable moments which the country lived with you, you can be very proud of how you played the game, will always remain Unbeaten @GautamGambhir !#ThankYouGautamGambhir pic.twitter.com/q5noANmgLX

"The historic series wins in New Zealand and in CB series in Australia will be reflected upon fondly. But I do hope the current Indian team Down Under can overshadow our feats. I won't say the list is satisfactory as I feel I was good enough for a lot more."

"The thing that I will miss the most is the camaraderie of an Indian team's dressing room," he said. "It was a wonderful place to be in. Yes, there are pressures of international sport but then when you have team-mates like I had these pressures look elementary. I learned in heaps from each one of them. I will miss all of that and more. Thank you guys, you all will be my one, big family.

"At some stage, I would like to shed the retired cricketers tag and would like to recycle myself to be useful for something else in cricket and beyond. I am big one on loyalty. I am glad that I could finish with teams that I started my journey with. In this case, ending with both Delhi Daredevils and Delhi domestic side has given me immense satisfaction.

"As a batsman, I have always valued timing. I know the time is just right. I am sure it's sweet as well," he signed off.