Bengaluru, July 23: India saw yet another cricketer joining his kin in the national team when leg-spinner Rahul Chahar was picked for India's T20I squad for the upcoming tour of the West Indies.

The Rajasthan player, who impressed in the Indian Premier League (IPL) this year, was picked for the three-T20I series starting August 3 in Florida, United States.

Rahul's cousin brother Deepak is also in the T20I squad. Both the players are now playing for India 'A' in the West Indies. Deepak, who is a pacer, has already made his India debut in ODIs and T20Is.

Deepak Chahar has already made his ODI/T20 debut for India

Rahul and Deepak became the fourth pair of brothers to play for India. The previous three pairs are Mohinder Amarnath and Surinder Amarnath; Irfan Pathan and Yusuf Pathan and Hardik Pandya and Krunal Pandya. 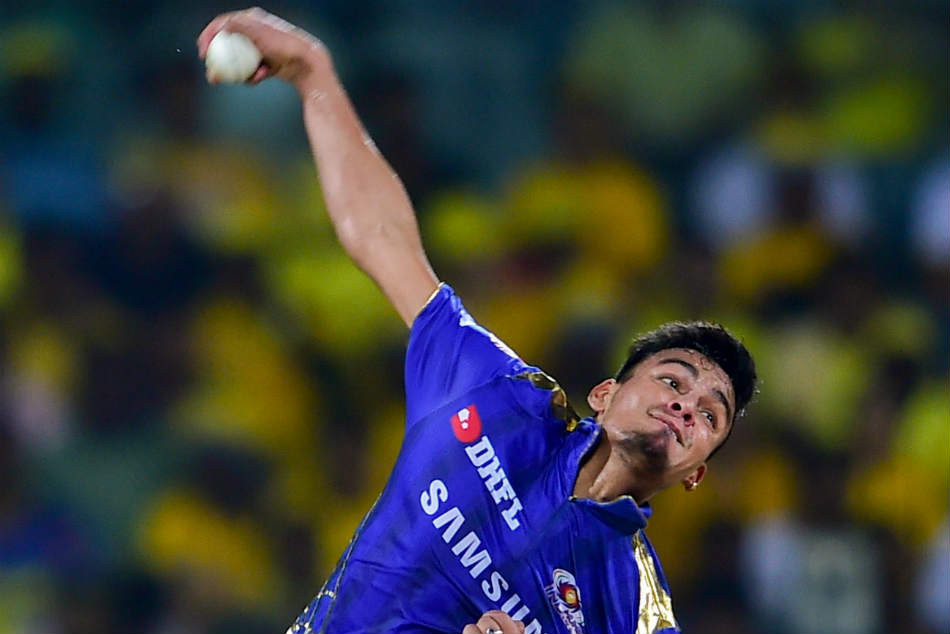 The stirring travel of Chahar brothers

Krunal has also been picked for the West Indies T20Is though Hardik has been rested for the entire Caribbean tour after a gruelling World Cup. The Amarnath brothers also had their father - Lala - representing India and also captaining it.

Mohinder had played for Baroda

There is another common factor to all these pairs and Deepak and Rahul became the first brother pair (even if cousins) to break that. All the three previous pairs have a link with the city of Baroda in Gujarat. While the Amarnath brothers had their maternal uncle based in Baroda and Mohinder, the more accomplished of the two, had even played for Baroda in domestic cricket.

Mohinder though was born in Punjab while Surinder was born in Kanpur. The former had the high-point of his career in the 1983 World Cup when he ended up as the man of the match in both the semifinal (against England) and final (versus the West Indies). Surinder though played only 10 Tests and three ODIs.

Decades after the Amarnaths, came the two brothers - Irfan and Yusuf. The former made his India debut as a bubbling teenager and had caught the eyes by castling Adam Gilchrist in the 2003-04 tour of Australia. He also had a Test hat-trick against Pakistan in their den in 2006.

However, Greg Chappell's experimentation to make him a batting all-rounder harmed Irfan's career prospects and at only 28, he found himself discarded. Irfan is still being said as the biggest talent that Indian cricket wasted.

Yusuf, on the other hand, had his international debut in the final of the World Twenty20 against Pakistan in South Africa and went on to play for five years. Yusuf mainly made his name as a big hitter and was part of the 2011 World Cup-winning squad. He still plays in the Indian Premier League. Both Irfan and Yusuf were born in Baroda with the latter being two years elder.

Pandyas another pair from Baroda

The other pair - Hardik and Krunal - are also known to be Baroda brothers though none of them was born there. Hardik has established himself better than his brother and is often compared to the great Kapil Dev. The tradition of Mohinder Amarnath, Irfan Pathan and Hardik proves that there is something magical in Baroda's air that produces high-class all-rounders. Krunal, on the other hand, made his name in the IPL and made his international debut last year. He has only played in 11 T20Is while Hardik, the younger of the two, has appeared in 11 Tests, 54 ODIs and 38 T20Is.