Potchefstroom, February 10: India captain Priyam Garg has called the aggressive celebration of Bangladesh players as "dirty" following their maiden title triumph at the Under-19 World Cup.

Some of the Bangladeshi players got carried away with their celebration after their historic win over India in the final in Potchefstroom on Sunday (February 9).

While their captain Akbar Ali apologised for the "unfortunate incident", his Indian counterpart Garg felt it is something that should not have happened. 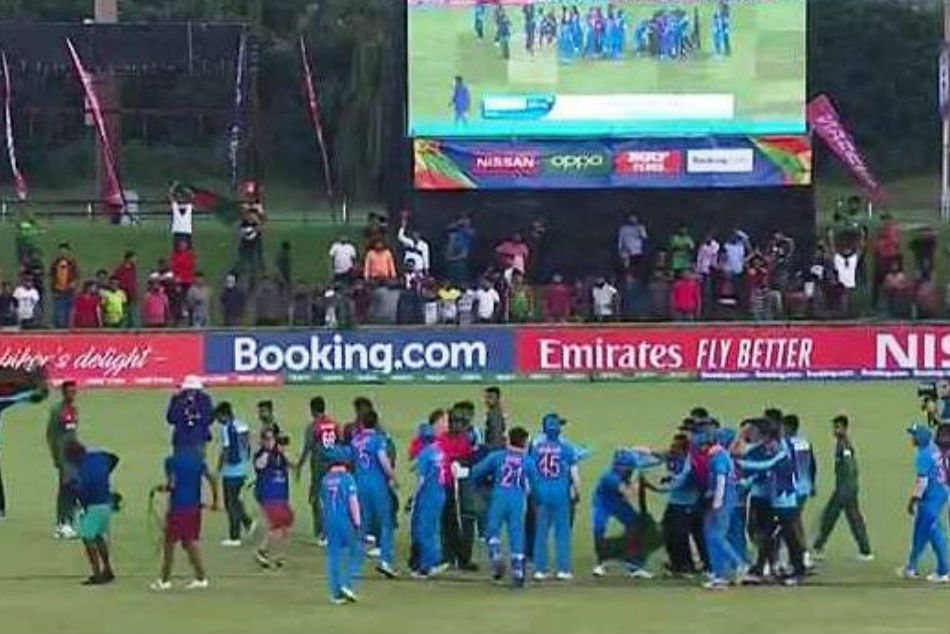 "We were easy. We think it's part and parcel of the game - you win some and you lose some. But their reaction was dirty. I think it shouldn't have happened. But it's okay," Garg was quoted as saying by Cricinfo.

Even when the match on, Bangladesh players were overtly aggressive while fielding with their lead pacer Shoriful Islam sledging the Indian batsmen after every delivery.

In fact as Bangladesh approached the winning runs, Shoriful was seen swearing multiple times on camera.

However, his skipper Ali showed maturity beyond his age to apologise on behalf of the players.

This video doesn’t show Bangladesh players in good light either after the game. Hopefully players from both teams will reflect on their unseemly behaviour https://t.co/mO77lIA6Pp

"What happened, it should not [have] happened. I don't know what exactly happened. I didn't ask what was going on. But, you know, in the final, emotion can come out, and sometimes the boys were getting pumped, and emotions were coming through.

"As a youngster, it shouldn't happen. In any position, in any manner, we have to show the respect to the opponent, we should have respect for the game. Cricket is known for being a gentleman's game. So I'll say, I'll be sorry for my team," said Ali, who scored an unbeaten 43 in a high-pressure situation. 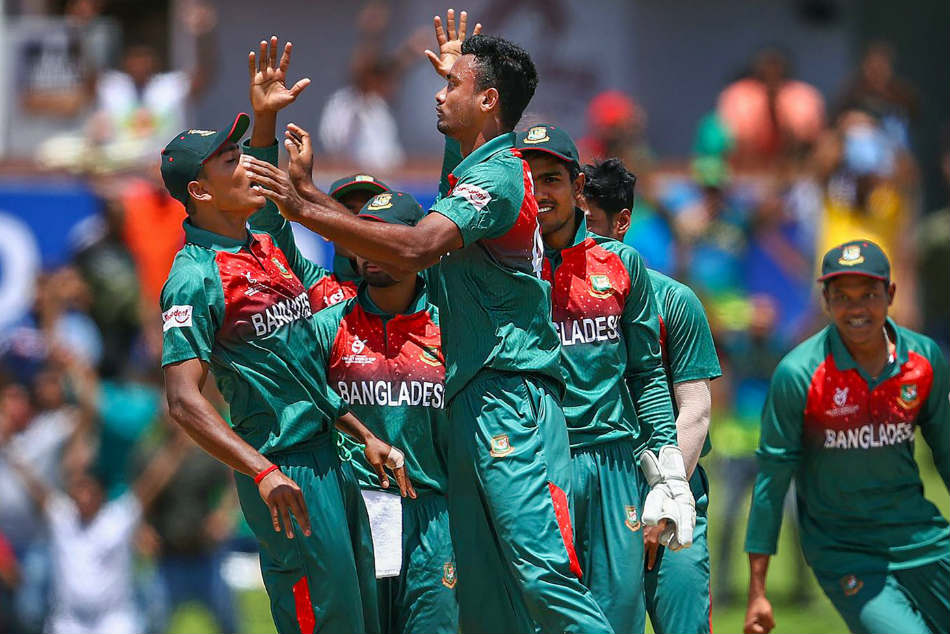 Over the past two years, both teams were involved in close games with India getting the better of them on two important occasions -- the Asia Cup final and tri-series final last year.

"I'll say India-Bangladesh rivalry bring the part, and before the World Cup final, we lost the Asia Cup final to them a couple of months ago. So I think the boys are really pumped up and take a revenge. I won't say it should have happened, but I will be sorry for my side," said Ali.

A source close to the Indian team management told PTI that the emotions ran high during and after the game but "none of the Indian players were at fault".