Mumbai, Jan 14: The Australian openers put up an explosive show at the Wankhede Stadium on Tuesday, as the visitors clinched a 10-wicket victory over hosts India in the first ODI of the three-match ODI series. 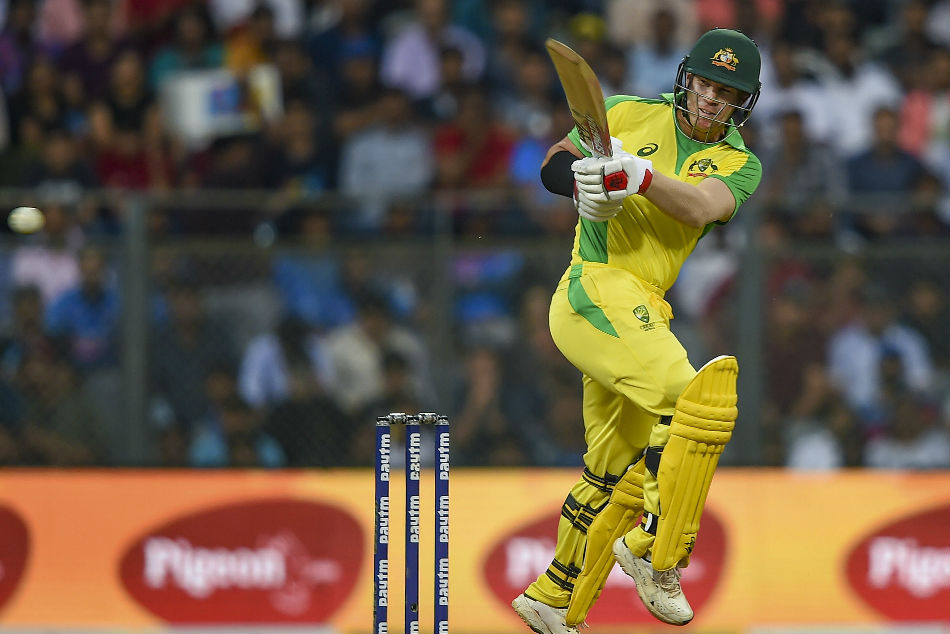 India vs Australia, 1st ODI: As it Happened

Opener David Warner and skipper Aaron Finch smashed unbeaten centuries to guide to visitors home in the first ODI on Tuesday. The Australian duo finished it off in style, securing the highest partnership for any wicket in ODI cricket against India.

Chasing an under-par score of 256 to win, Finch (110 not out) and Warner (128 not out) took the Indian bowlers to the cleaners to register the emphatic victory with 74 balls to spare and take a 1-0 lead in the series.

That's it! Australia have recorded their biggest win over India EVER! Incredible performance

Warner was adjudged the Man-of-the-Match after he secured his 18th ODI century. Also, Warner became the fastest man from his country to 5000 ODI runs. The left-handed batsman reached the milestone in his 115th innings. It makes him the third fastest man overall to the landmark after South Africa's Hashim Amla (101 innings) and Sir Vivian Richard (114 innings) and Vira Kohli (114 innings).

Earlier, Shikhar Dhawan hit a half-century before Australia pulled things back to bowl India out for 255 after being invited to bat. Dhawan looked in great touch during his 91-ball 74 and, in the company of K L Rahul (47), shared a second-wicket stand of 121 runs off 136 balls to set the base for India's total.

However, India failed to capitalise. When Dhawan and Rahul were at the crease, India were cruising towards a big total but their dismissal in space of 10 balls affected their run-rate. They raised a 121-run partnership for the second wicket.

The hosts struggled to raise any substantial partnership after that. Meanwhile, Rishabh Pant failed to return for India's second innings after suffering a blow to the head from a Pat Cummins delivery. Due to the concussion KL Rahul donned the wicket-keeper's gloves.

The second ODI of the series will be played in Rajkot on Friday.

A captain's knock from Aaron Finch 👏