India Vs Australia: Prithvi Shaw criticised again as he fails to perform in Adelaide Test

New Delhi, December 18: Young India opener Prithvi Shaw had yet another forgettable outing with the bat as he was dismissed cheaply in the second innings as well against Australia in the ongoing Pink Ball Test in Adelaide on Friday (December 18).

Shaw - who was dismissed for a second-ball duck in the first innings - managed to get off the mark in the second innings but failed to leave an impression as the 21-year-old was clean bowled by Pat Cummins for 4. 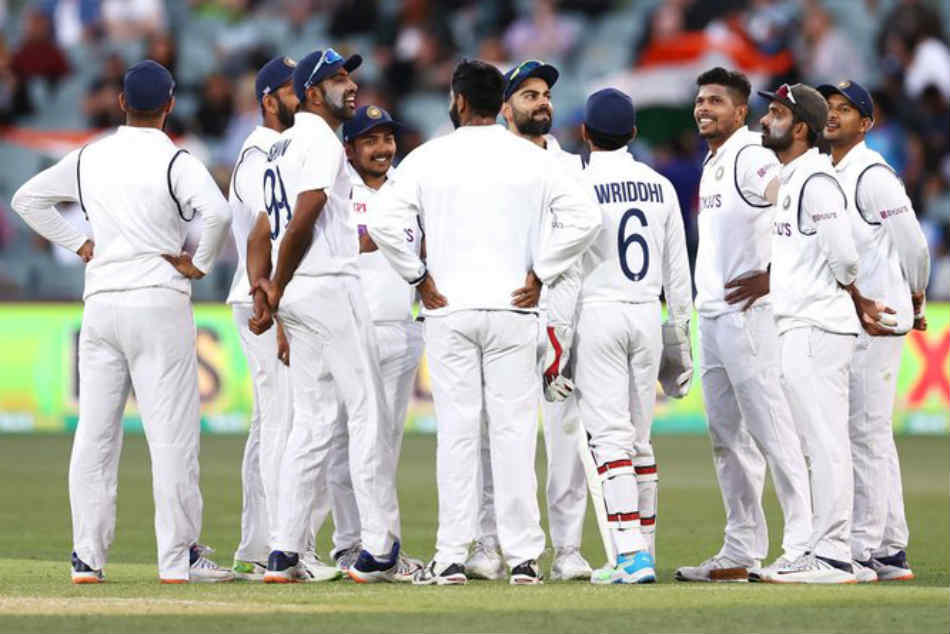 The Mumbaikar's dismissed was almost identical to that of the first innings as there was hardly any foot movement and the ball disturbed the timber. Shaw was criticised further on social media when nightwatchman Jasprit Bumrah showed resistance against Aussie pacers and impressed with his foot movement. Even India coach Ravi Shastri was criticised by fans on social media for picking Shaw ahead of in-form KL Rahul.

Prithvi Shaw needs to go back and play a couple of years at the domestic level. He was fast tracked simply because of the aura that was created around him. He has way too many chinks to be opening at the test level #DoddaMathu #AUSvIND

Understandably, one would compare Prithvi Shaw & Virender Sehwag given their attacking style of play. But it's worth remembering that Sehwag also had a good enough defensive game to succeed as a Test opener home & away to play over 100 Tests averaging nearly 50. #AUSvIND

Must feel for 22-year-old Shaw. Worst time for a a struggling player to bat. But this was a lifeline to save his place in the team. Lost. India lead by 62 after heroic bowling performance. Batsmen need to show their mettle tomorrow

Dear @BCCI why Shaw has been selected when player like Kl Rahul is already there. #AUSvIND

Bhumrah has tighter defensive technique than Shaw. Can we have Gill or KL Rahul open for rest of the series and send Shaw home. @bhogleharsha @gilly381 @ShaneWarne @juniorwaugh349 #AUSvIND

Shaw gone again cheaply...
This is on Ravi Shastri and Virat Kohli....
KL Rahul should have played the most in form batsman...@RaviShastriOfc @imVkohli 😡

Feel for Prithvi Shaw, he is a wonderful talent but his eagerness to power the ball, also the challenge that T20 has on one’s technique is his undoing. Most players searching for power lose balance and their hands stray away from their bodies. #AUSvIND

Virat, Shastri & the Indian think tank in Australia are not mugs. They probably gambled that if Prithvi got off to a start, he could give them quick runs like Sehwag did in 2003-4. It may not have worked, but these guys are not being forced by the Bombay lobby or any such thing.

Starc is the greatest test bowler.

Got Sachin, Sehwag n Lara at a time in the very 2nd ball of the innings.#IndvsAus#INDvsAUS #PrithviShaw #Starc

Meanwhile, the first Test between Australia and India seemed delicately poised after 15 wickets fell during an eventful second day. Having resumed the innings on 233-6, India's tail did not last too long in the opening session, the final four wickets going down for 11 runs as they were all out for 244.

However, the tourists hit back impressively with the ball, dismissing Australia for 191 despite a battling knock of 73 not out from home captain Tim Paine. The tourists ended the day's play on 9-1, Mayank Agarwal not out on five with Bumrah yet to get off the mark.

With a lead of 62 runs, the Indians hold the upper hand. Still, their advantage should be even greater in the series opener, having seen a number of opportunities go begging in the field. Kohli's side lost two wickets in as many overs to start proceedings, R Ashwin (15) and Wriddhiman Saha (9) departing early to Pat Cummins and Mitchell Starc respectively.

The same bowlers claimed a further wicket apiece to wrap up the innings, Starc ending with figures of 4-53 as he equalled Richie Benaud's career tally of 248 for Australia. Cummins, meanwhile, finished with 3-48.