New Delhi, March 14: Virat Kohli hasn't had the best one month or so as his captaincy juggernaut has finally come to a halt. After losing the T20I series to Australia, the Indian captain has also lost his first bilateral ODI series at home to the same opponents.

Aaron Finch-led Australian side came from behind to defeat Kohli-led Indian team 3-2 and clinch the five-ODI series. India, who were 2-0 up in the series, lost their first game in the third ODI at Ranchi and went on losing in Mohali and Delhi to squander their lead. Finch-led side became the first Australian team to win a series after trailing 0-2.

The hosts were outclassed by the tourists in every department of the game as the spirited Australians maintained the intensity from the opening ODI. One could say that Indians were in the mood of experimentations but that still doesn't take the credit away from the Aussies because India are always a team to beat at home. 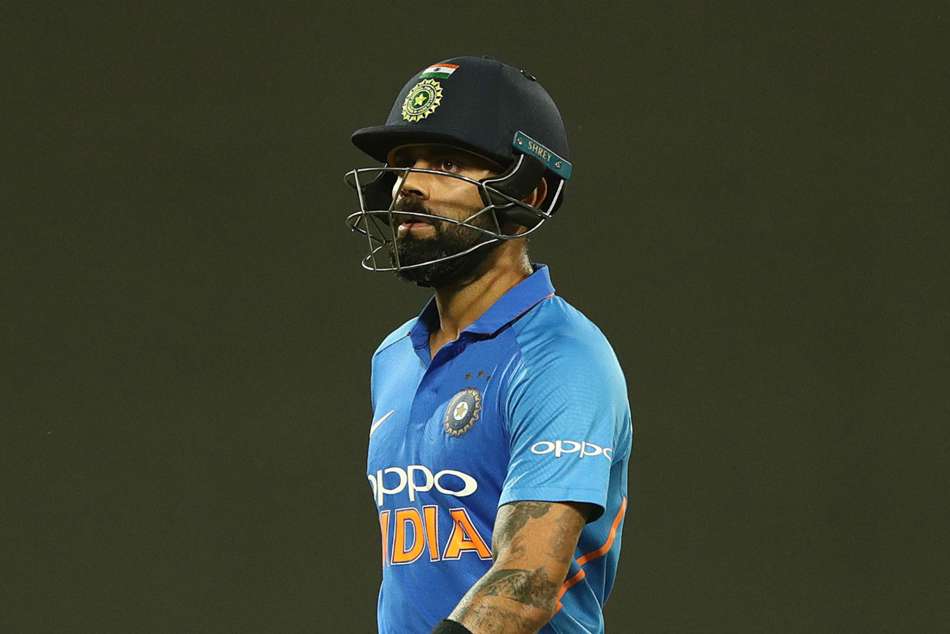 India last lost a five-match bilateral series at home way back in 2015, at the hands of South Africa.

Mykhel takes a look at the reasons which led to India's defeat against Australia - whom they defeated in the latter's backyard a couple of months back.

Out of form openers

One of the biggest difference between India and Australia in this series has been the form of their openers. If Aaron Finch and Usman Khawaja had three fifty-plus partnership between them for the first wicket, India's opening pair of Shikhar Dhawan and Rohit Sharma was inconsistent. Rohit and Shikhar had just one big opening stand between them i.e. 193-run stand in Mohali.

Same has been the case with his partner Rohit Sharma. Since his 133 against Australia in Sydney (earlier this year), the right-handed batsman hasn't scored a single century in his last 12 innings.

Rohit has had scores of 43, 9, 11, 87, 62, 7, 2, 37, 0, 14, 95 and 56 (tonight) after that 133. Rohit too failed to live up to the reputation and didn't convert his starts into big knocks on quite a few occasions ever since. Though he scored two fifty-plus scores in the last two games, they resulted in losing causes precisely because the HitMan failed to convert them into big knocks.

A good start becomes pertinent for India because their top-three have been doing the bulk of scoring in the ODI in the last couple of years. Shikhar and Rohit have been crucial for India's success and their failure with the bat means India are in trouble.

Over reliance on Kohli

India excessive dependence on Virat Kohli was exposed as none of the batsmen barring skipper performed with the bat.

Kohli notched up back-to-back centuries in the second and third ODI as India won the second game but ended up losing the third as none of the batsmen apart from the 30-year-old rose to the occasion.

How badly team depends upon Kohli was once again evident in the fifth and deciding ODI at Ferozeshah Kotla. The moment Kohli was dismissed for 20, India's chances of overhauling the target went bleak and as the pressure of mounting asking rate got the better of the likes of Rohit Sharma, Rishabh Pant, and Vijay Shankar.

The Delhi cricketer's good form is directly proportional to India's success and the team's excessive reliance on the shoulders of the modern day masterclass is proving harmful.

Before the start of the series India were looking to sort out their middle-order conundrum and after the series, the problem still persists. This means the middle-order is going to be India's Achilles heels going into the ICC World Cup 2019. The team management tried Ambati Rayudu, KL Rahul, Vijay Shankar, Rishabh Pant, Kedar Jadhav, and MS Dhoni in the middle-order in their last 5 ODIs before the World Cup. But none of them yielded satisfactory results.

Jadhav (177 runs from 5 innings), Shankar (115 runs from 4 innings), MS Dhoni (85 runs from 3 innings), and Ambati Rayudu (33 from 3 innings) got most of the opportunities. By the end of the series, one can say that to an extent Shankar and Jadhav justified their spots but they also squandered their chances on a couple of occasions.

Dhoni - who had slammed four fifties against Australia in the first 4 ODIs against them and scored a match-winning fifty in the first ODI - was ineffective with the bat in the remaining two ODIs.

Ambati Rayudu was a major let down in this series as the Hyderabad batsman failed to leave his mark in all three matches he was a part of. He scored at a disappointing average of 11 in three innings he batted and that hurt India badly in the series.

KL Rahul got just one inning i.e. in the 4th ODI, but the Karnataka batsman hardly did anything substantial to secure a spot in the fifth and deciding ODI.

Same was the case with young Rishabh Pant who aggregated mere 52 runs from 2 innings. The Delhi cricketer was promoted higher in the order to play a couple of significant knocks but the southpaw too squandered whatever chances he was given. He was included in the side at the expense of seasoned campaigner in Dhoni, who brings a lot more on the table than just being a batsman or wicketkeeper.

MS Dhoni's absence behind the stumps in last 2 ODIs

India had a golden opportunity of taking an unassailable 3-1 lead in the fourth ODI at Mohali but despite posting a mammoth 358 on the board, the Men In Blue ended up on the losing side. A big reason for India failing to defend such a big total was the absence of a sharp cricketing brain in Dhoni from the field. Dhoni doesn't just possess the quickest hands behind the stumps, instead, he also helps the spinners with his vital inputs.

The 37-year-old is the reason behind the success of spinners and a testimony to it is the wickets Indian turners grabbed in the series with and without Dhoni.

With Dhoni behind the stumps, the spinners accounted for 11 wickets in three games while in the absence of the Ranchi stumper the could only manage to get 5 scalps.

Also, the calm and composed demeanour of Dhoni helps the naturally aggressive captain Kohli less agitated. Kohli - who is a brilliant fielder - can concentrate in the deep during death overs with Dhoni behind the stumps as the latter could make those fielding changes. Young Rishabh Pant still has a long way to go in this department.

The right-arm leg spinner from New South Wales was the biggest threat to the Indian batsmen in the middle overs and a reason for their disappointing performance in the series.

Zampa picked up 11 wickets from all 5 games he played and accounted for Virat Kohli's wicket two times. He even dismissed Dhoni on a couple of occasions in the series.

As a result, Indian batsman was looking to play defensive against him. Indians haven't been playing spinners well for quite some time and their performance against Zampa in this series highlights the fact.