New Delhi, Jan 19: Team India put up yet another display of grit and resilience as it retained the Border-Gavaskar Trophy after an enthralling three-wicket win over Australia in the final Test on Tuesday (January 19) at the Gabba, in Brisbane.

Led by Shubman Gill (91), Rishabh Pant (89 not out) and Cheteshwar Pujara (56), India incredibly passed their target of 328 in the late minutes of day five and ended Australia's 32-year-long unbeaten streak at The Gabba. 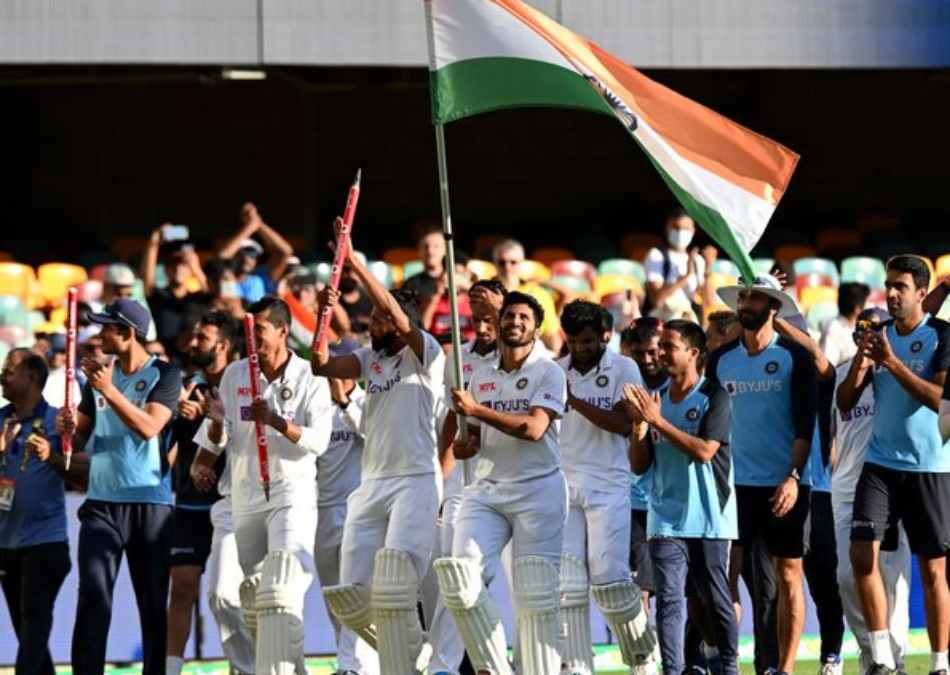 Ajinkya Rahane and his spirited band of boys wrapped up a 2-1 series victory and ended Australia's stellar record at the Gabba, where they were unbeaten in their previous 31 Tests.

Pat Cummins (4-55) was the pick of Australia's bowlers, but India managed the third-highest successful chase in their history and highest at the Gabba.

Rishabh Pant hit the winning runs for the tourists as they won the match with 18 balls to spare. Rohit Sharma (7) fell early after edging Cummins behind, but Gill and Pujara blunted the Australia attack with a 114-run partnership. 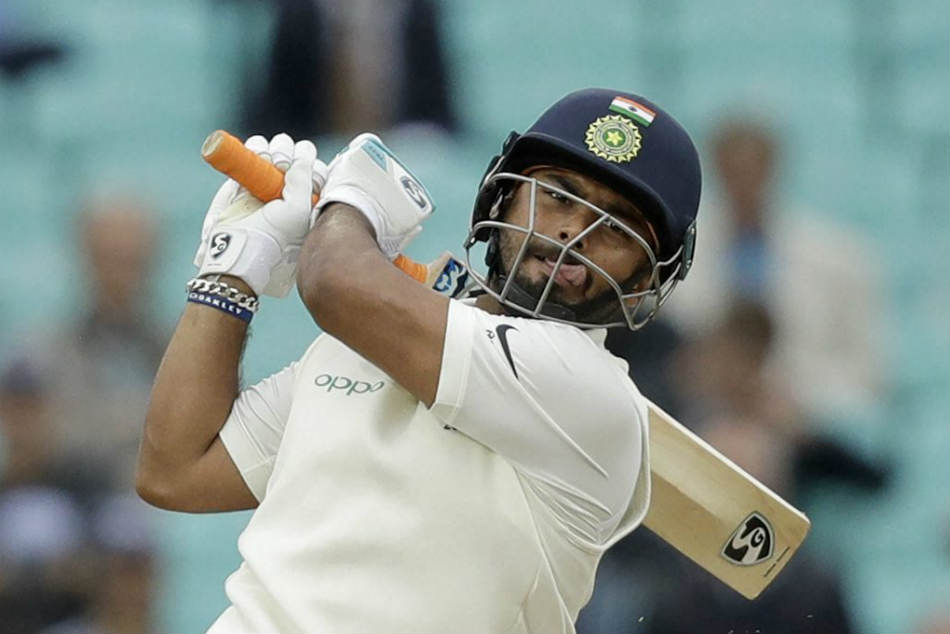 Gill was the aggressor, while Pujara survived a tight lbw review off Nathan Lyon (2-85) when on just two.

The second new ball brought a much-needed breakthrough for Australia as Cummins finally got Pujara lbw, but Pant continued to impress. As the dangerous Pant passed 50, Mayank Agarwal (9) survived following a review for a caught behind, but he scooped Cummins to Matthew Wade at short cover the following ball.

Washington Sundar (22 off 29) came and went, but Pant saw India to a remarkable win. His wicketkeeping often questioned, Pant produced the match-winning innings on the final day - and he timed it to perfection.

Just three overs were left when India wrapped up their victory, Pant perfectly choosing when to attack and keeping his composure as late wickets fell to lead India to a famous win.

Here's how the world reacted to Team India's incredible win Down Under as a jinx was broken and Australia's dominance ended.

Historic series win for Team India! Youngsters delivered when it mattered, with Gilll and Pant in the forefront. Hats off to Ravi Shastri and the support staff for their part in this turnaround! So so proud of this bunch, this is one for the ages👏👏👏 #AUSvsIND

EVERY SESSION WE DISCOVERED A NEW HERO.
Every time we got hit, we stayed put & stood taller. We pushed boundaries of belief to play fearless but not careless cricket. Injuries & uncertainties were countered with poise & confidence. One of the greatest series wins!
Congrats India. pic.twitter.com/ZtCChUURLV

WHAT A WIN!!! Yessssss. To everyone who doubted us after Adelaide, stand up and take notice. Exemplary performance but the grit and determination was the standout for us the whole way. Well done to all the boys and the management. Enjoy this historic feat lads. Cheers 👏🏼🇮🇳 @BCCI pic.twitter.com/CgWElgOOO1

Just a remarkable win...To go to Australia and win a test series in this way ..will be remembered in the history of indian cricket forever ..Bcci announces a 5 cr bonus for the team ..The value of this win is beyond any number ..well done to every member of the touring party..

Proud and privileged to be a part of this side! 🇮🇳 #jaihind pic.twitter.com/tB770Vd9ze

Good evening from Gabba!! I am sorry I couldn’t play here but thanks for hosting us and playing some hard cricket during these tough times. We will remember this series forever! @tdpaine36 @CricketAus

What a victory for @BCCI! Team India is the best test team in world cricket today!Hats off to everyone in the team to achieve what looked like impossible! Special mentions to @RishabhPant17,@Natarajan_91, #SirajMohammed @RealShubmanGill @cheteshwar1 & @Sundarwashi5 #AUSvIND

India had many players injured, but what has been injured more has been the Australian arrogance & pride.
The test series has been like a movie with every member of Indian Team being a hero & some of them Superheroes.
Spiderman Spiderman tune churaya dil ka chain @RishabhPant17 pic.twitter.com/5psVFjp5Ww

This is what a billion goosebumps feel like! Proud Indian! 🇮🇳 #INDvsAUS

Two back to back series wins IN Australia 🤯 Hats off to this team! #AUSvsIND pic.twitter.com/qYNkd4Kkpi

Congrats to the Indian cricket team @BCCI That’s one of the best series wins I can ever remember on Aust soil & to do it after being bowled out for 36, plus a depleted squad-shows tremendous character, resilience, courage & belief. Just fantastic @RaviShastriOfc @ajinkyarahane88

Only issue with India beating Australia in such an INCREDIBLE manner, is that the Test was played in Brisbane.
A city that doesn’t deserve an event so good! 🤣

Pant - the boy who turned into a man today in Australia, in cricketing terms!

No longer the Gabbatoir. This is history.

India create wonder Down Under!