Indore, Nov 16: Team India's catching in the slip cordon in the ongoing first Test match against Bangladesh in Indore has been largely disappointing.

Senior players like Virat Kohli, Ajinkya Rahane and Rohit Sharma had butterfingers during the match as they dropped too many catches in the slip cordon. Indian players gave nearly four to five reprieves to the opposition batsmen in the first innings with their sloppy fielding. 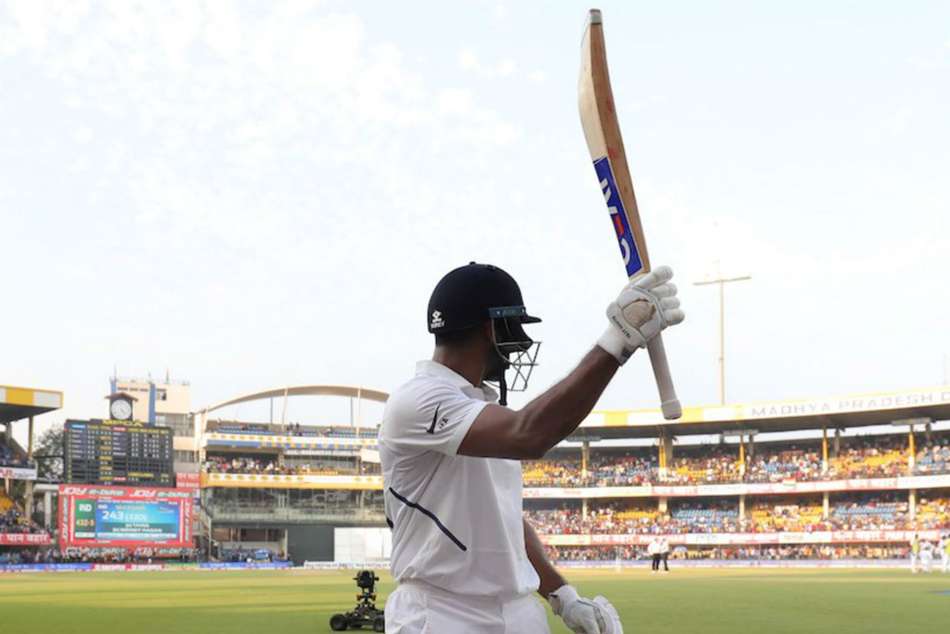 The case wasn't any different in Bangladesh's second innings as well as Rohit put down a sitter in the second slip to give a breather to veteran Bangladesh cricketer Mushfiqur Rahim.

Rahim had just walked into the middle and he was trying to settle in but he got a leading edge from his bat off a brilliant delivery from an in-form Mohammad Shami. The ball quickly raced towards Rohit at the second slip but the Mumbaikar failed to pouch it and the ball wobbled out of his hands.

Later during the lunch break, Rohit was seen working on his slip catching with the fielding coach R Sridhar and the cricketer was soon rewarded for his hard work. Soon after the post-lunch session began, Rohit took a sharp catch at second slip and ended Mahmudullah's stay at the crease and to his delight the bowler this time again was Shami.

After taking the catch, Rohit signalled towards Sridhar as if he was expressing his gratitude.

India declared their first innings at their overnight total of 493/6 and asked Bangladesh to bat on day three. The tourists lost four wickets in the morning session as Indian pacers bowled exceedingly well.