Nottingham, Aug 5: England pace legend James Anderson gave a fiery start to his rivalry with Virat Kohli when he dismissed the Indian batting mainstay for a first-ball duck on day two of the opening Test here at Trent Bridge on Thursday (August 5).

On a day that was dominated by India's come back man KL Rahul and unpredictable English weather, Anderson stole the show with his sensational spell of pace bowling. The right-arm quick who England's most successful pacers in the red-ball format removed Cheteshwar Pujara and old foe, Kohli, in quick succession. Although bad light and rain soon intervened and allowed India to reach the end of play on 125 for four. 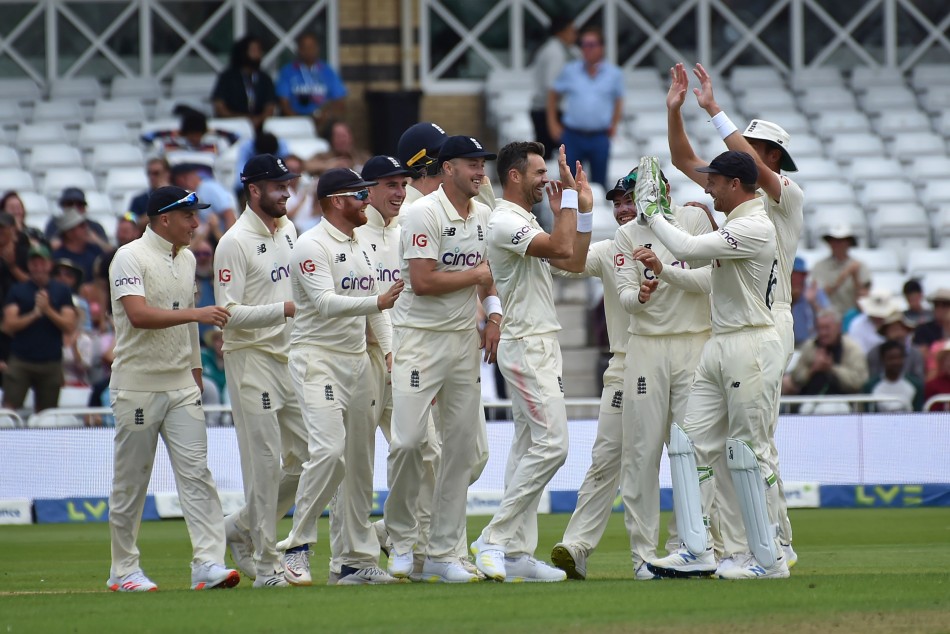 Anderson's second wicket took him at par with India's spin bowling great Anil Kumble on 619 in Tests, the third-most in history. Of those, 120 have come against India - his most against any team and the most by any player in the men's format - and six have come against Kohli, although this was the first in their rivalry since 2014.

The wicket brought relief then for Anderson, while it was Kohli's fifth Test golden duck, of which three have come in England against England. Indeed, Stuart Broad had Kohli caught behind on the first ball in his previous away innings against England back in 2018.

Kohli claimed another unwanted record following his dismissal for nought against Anderson as he became the captain for India with most dismissal on a duck in the Test format. Kohli has now been dismissed on nine occasions and surpassed his predecessor MS Dhoni - who failed to get off the mark on eight occasions in the red-ball format. Former India captain MAK Pataudi was dismissed for duck seven times in his Test career and he's third on the list.

Kohli has so far been dismissed without getting off the mark on 13 occasions in Test cricket. He's been out for nought on six occasions against England, 3 times against Australia, 2 times against West Indies and one time each against Sri Lanka and Bangladesh.

The bad memories of the 2014 tour of England were reminded after Kohli's dismissal on Thursday for the Delhi cricketer scored just 134 runs on that horrific tour of England, with Anderson being his nemesis. However, four years later in 2018 a determined Kohli not just buried the ghosts from the past and denied Anderson his wicket all through the series but also ended up amassing record 593 runs on the tour.