Birmingham, Juy 3: India turned the screws on hosts England as they put themselves in a comfortable position at Tea on Day 3 of the fifth and final rescheduled Test.

On a day when Jonny Bairstow, who took time to settle down, picked up the pace to score a sizzling hundred, it was the visiting Indian side who find themselves at the top. At tea, India have a healthy lead of 169 runs, with nine wickets in hand in their second innings.

After bowling England out for 284 in 61.3 overs, India lost Shubman Gill early. But despite James Anderson's first over strike, Hanuma Vihari (10n.0) and Cheteshwar Pujara (17 n.o). 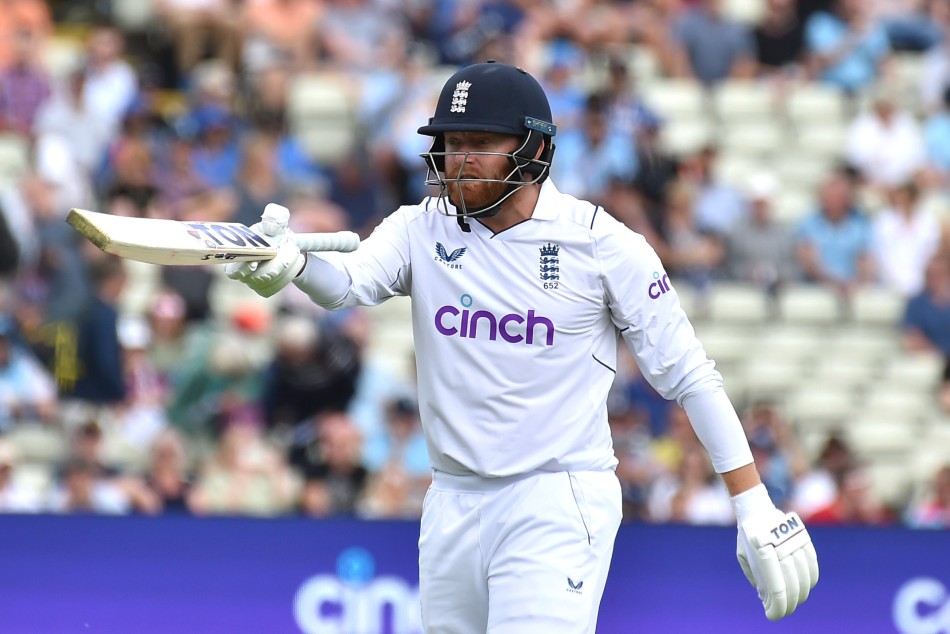 Earlier on Sunday, England resumed the day with five wickets down. The inform Bairstow lifted the hosts out of the woods along with skipper Ben Stokes (25). The pair rebuild England's innings with a sixth wicket partnership of 66 off 75.

After Shardul Thakur handed India the breakthrough with Stokes' wicket, Sam Bullins and Bairstown scored the highest partnership of England's first innings. The duo troubled the Indian bowlers with a seventh wicket stand of 92 off 105. A superb bowling change by stand-in skipper Jasprit Bumrah, saw the set Bairstow caught by Virat Kohli at slip and that set England's wickets tumbling.

While the first session of Day 3 saw just one wicket fall, the second session accounted for five wickets. It was the Indian fast bowlers who were responsible for all England wickets. Siraj turned in the best figures with a four-wicket haul, while Bumrah picked up three. Shami accounted for two wickets, while Thakur picked up the big wicket of Stokes to bowl England out for 284 in 61.3 overs.

Heading into the final session of the third day, India have nine wickets in hand with a strong lead of 169.

Leading the five-match series 2-1, India are on the brink of clinching a series win in England. A draw will be enough for the Rahul Dravid-coached side to clinch a historic series win.