Malehide, June 27: In a rain-curtailed match, India maintained their unbeaten run against Ireland as they notched up a comfortable seven-wicket win in Malehide (Dublin) on Sunday. 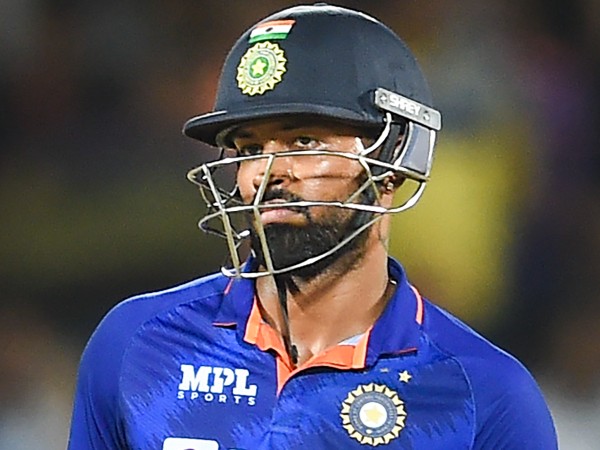 With the game being delayed for over two hours, the first T20I of the two-match series lost overs as it was reduced to a 12-overs a side game. Opting to field first, skipper Hardik Pandya contributed with both bat and ball as he won his first game in charge of the national side.

After the covers came off, India got the game off to a positive start, removing the Ireland openers inside two overs. While Bhuvaneshwar Kumar removed skipper Balbirnie for a duck, India captain Pandya removed Stirling for just 4, to reduce Ireland to 6/2 in 1.2 overs. Pandya's scalp saw him become the first Indian captain to take a wicket in T20 Internationals.

The hosts continued to struggle as Avesh Khan removed Gareth Delany for just 8 off 9 to reduce Ireland to 22/3 in 3.5 overs. The powerplay, which was reduced to 1 to 4 overs instead of the first six overs, yielded 22 runs for the loss of three wickets.

After the powerplay, Harry Tector gave the hosts hope as he hammered Axar Patel for back-to-back boundaries. Making his India debut, Umran Malik conceded 18 runs in his first over. Tector hammered the youngster as he leaked two boundaries and a maximum.

Tector led the fightback for Ireland along with Tucker (18 off 16) as they brought up 50 off 29 for the fourth wicket partnership. Man-of-the-match Yuzvendra Chahal came to India's rescue as he broke the partnership to send Tucker back. Avesh Khan made no mistake at deep square leg as Ireland lost their fourth to be reduced to 72/4 in 8.4 overs.

Tector kept the scoreboard ticking to keep Ireland on course for a modest total after the shaky start. Tector played an important knock as he brought up his half-century from just 29 runs. His third 50 from T20Is.

Tector (64 off 33) led a brilliant recovery for hosts Ireland as the hosts put up a competitive target. After being reduced to 22/3 in 3.5 overs, Tector smashed a sizzling half-century to guide Ireland to 108/4 in 12 overs.

In reply, Ishan Kishan handed India a strong start with a quickfire 26 off 11. Craige Young momentarily put the brakes on the visitors with back-to-back wickets, removind Kishan and Suryakumar Yadav for a golden duck.

But a third-wicket match-winning stand between skipper Pandya and opener Hooda saw India clinch the first game of the two-match series. While Pandya put India on the front foot with a quickfire 24 off 12, Hooda, who was promoted up the order, scored a solid 47 off 29 to guide India to a comfortable win.