Malehide (Dublin), June 28: India survived a scare in Malehide as they clinched a thrilling 4-run win over Ireland to wrap up the two-match T20I series 2-0 on Tuesday.

Deepak Hooda and Sanju Samson's record-breaking partnership was a distant memory as Ireland nearly snatched the game away from the visitors.

It was just a boundary in the end that made the difference as the young Umran Malik held on to his nerves to defend 17 in the final over as India breathed a sigh of relief. 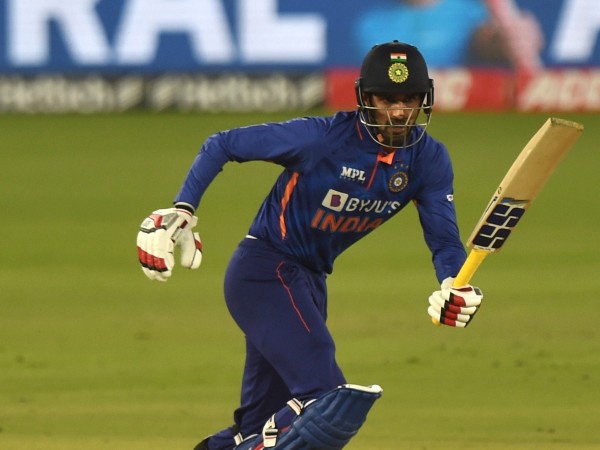 After electing to bat first, Samson opened the innings with Ishan Kishan and Deepak Hooda was dropped down the order. Coming into the side in place of Ruturaj Gaikwad, who missed out due to a niggle, Samson got off the mark with a boundary.

Kishan, who went to town in the previous game had a quieter start, while Samson found the boundary ropes effortlessly. Mark Adair handed Ireland an early breakthrough as opener Kishan departed for just 3 off 5. India were reduced to 13/1 in 2.1 overs when Deepak Hooda walked in at No. 3.

While Hooda brought up his maiden T20I fifty for India in just 27 deliveries, his 100 came off 55 balls. Hooda's innings was studded with six maximums and nine boundaries.

Hooda's ton saw him become the fourth Indian batsmen to score a century in T20 Internationals. Hooda joined Rohit Sharma (4), KL Rahul (2) and Suresh Raina (1) as the only four Indians to score tons in T20Is.

Meanwhile, Samson brought up his half-century with a boundary. Samson played a scintillating 77 off 42, before Adair once again handed Ireland the breakthrough.

Despite losing five wickets in the last three overs, Hooda and Samson's stand had already put Ireland on the backfoot. 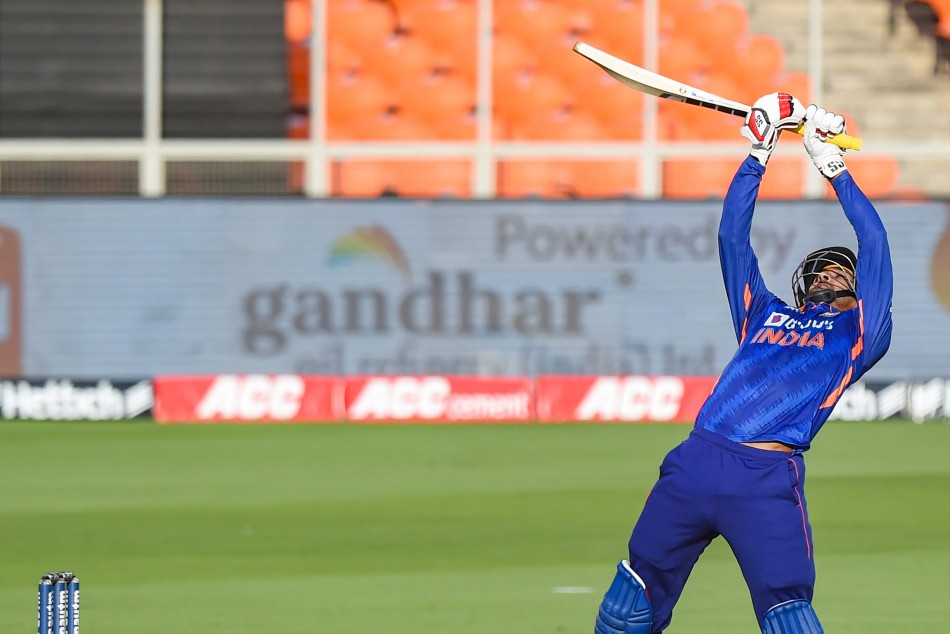 With 225 on the board, it looked like it would be a walk in the park for Hardik Pandya's side. But the Ireland openers handed the hosts an explosive start as they raced towards the target.

The opening pair of Paul Stirling and skipper Andy Balbirnie put up a scintillating 72 off 35 deliveries for the opening partnership. Ravi Bishnoi put the brakes on the hosts as the youngster pocketed the big wicket of Stirling after the opener smashed a blistering 40 off just 18.

Skipper Balbirnie kept Ireland on course with a solid 60 off 37, before Harshal Patel dismissed the captain midway through the innings.

But the Irish batters kept the hosts in the game. Harry Tector, who played an impressive knock in the first match, kept India on their toes as he paired up with George Dockrell to score a quickfire 47 off 21 for the fifth wicket stand.

Bhuvi came to India's rescue removing Tector (39 off 28), but it was far from over. Adair, who had pocketed three wickets earlier, played a cameo of 23 not out off 12, to keep the game alive till the last ball.

With Ireland taking the game down to the wire, India needed to defend 17 in the final over. Skipper Hardik Pandya, put his faith in the young Umran Malik, who had just picked up his maiden international wicket in his second match in national colours.

The win saw the visitors maintain their unbeaten record against Ireland. Skipper Pandya, leading India for the first time, won his maiden series as captain as India completed a 2-0 win over Ireland.