Mumbai, Dec. 5: India dominated the proceedings on the third day of the second Test against New Zealand as the hosts need five wickets to win the series at the Wankhede Stadium.

While the hosts dominated the visitors for the better part of the day, the only highlight for the Kiwis as Daryl Mitchell and Henry Nicholls put up a fight with the bat. On a day when the Kiwi batsmen once again failed to get going, Mitchell and Nicholls added 73 runs for the fourth wicket partnership to bring life back into the Kiwi innings. 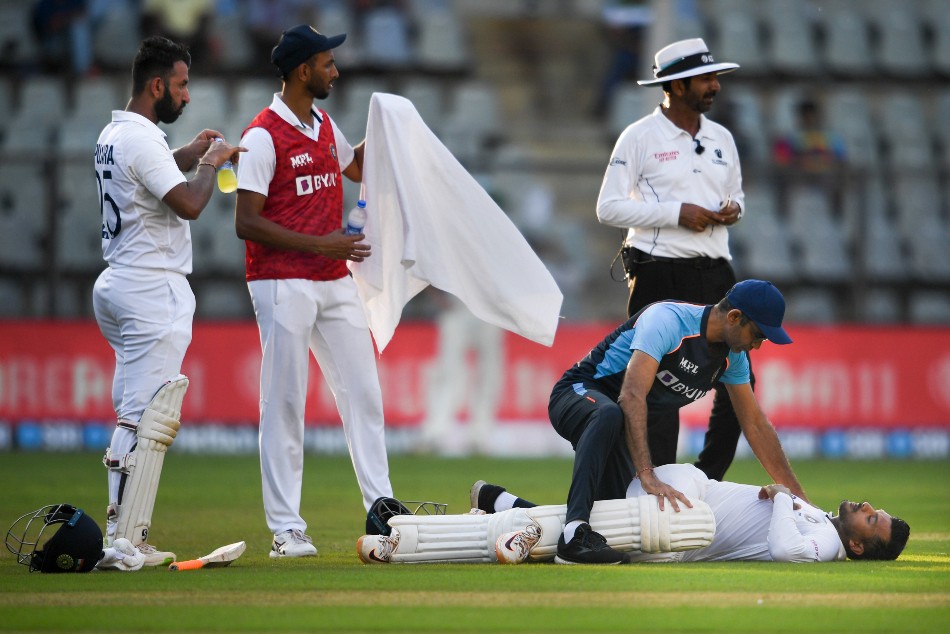 At stumps on the third day, the visitor’s score read 140/5, with Nicholls and Rachin Ravindra unbeaten at the crease. The Kiwis are staring at defeat as they need 400 runs to win with five wickets in hand.

Earlier on Sunday, Ajaz Patel led the bowling for the Kiwis as India declared their second innings 276/7, setting New Zealand a mammoth target of 540.

For the hosts, Mayank Agarwal once again top-scored with a solid 62 off 108, with Cheteshwar Pujara and Shubman Gill chipping in with important knocks to help pile the pressure on the Kiwis.

But while the top-order handed the hosts a strong start, India’s middle-order concern continued. Shreyas Iyer, who had scored a ton and a half-century on his debut in the previous Test, fell for just 14 as skipper Virat Kohli managed to score just 36, after falling for a duck in the previous innings. Wriddhiman Saha also failed to get going with the bat as he fell for just 13 off 12.

After a flurry of wickets in the middle, Axar Patel once again proved his mettle with the bat as well, as he held up the lower order with an unbeaten 41 off 26. The hosts declared the second innings with Patel at the crease and just after Ajaz Patel removed Jayant Yadav for 6 off 11. India declared the set innings at 276/7 after setting the Kiwis a mammoth target of 540.

For New Zealand, Ajaz Patel, who pocketed a historic ten wicket haul in the previous innings, once again was the lead wicket taker as pocketed four wickets in the second innings. The left-arm spinner finished with figures of 14-225, the best bowling figure in Test matches against India and also the second best bowling figures by a Kiwi player after Sir Richard Hadlee took 15 wickets and conceded 123 runs against Australia in Brisbane in 1985.

Once again, the Kiwis did not get off to an ideal start as Ravichandran Ashwin struck early to remove opener Tom Latham (6) cheaply followed by Will Young (20).

Ross Taylor was quick to follow the openers back to the dugout as Ashwin toppled the top order with a three-wicket haul. Mitchell steadied the ship for the visitors as he fought back with the bat with a solid 60 off 92 before Axar Patel pocketed his first wicket, as Kiwis lost their fourth. Tom Blundell was quickly back to the dugout with sub KS Bharat and Wriddhiman Saha implement a run out.

At stumps, Nicholls (unbeaten at 36) held the reigns for the Kiwis chase as he remained at the crease along with Rachin Ravindra. Meanwhile, India five wickets away from winning the second Test.