Christchurch, March 2: We may not know the entire range of emotions beneath but Jasprit Bumrah comes as a smiling character on the field irrespective of the situation. But on a windy, cold morning at the Hagley Oval, Bumrah could no longer put a lid on his feelings.

India vs New Zealand: We were completely outplayed in the series: Virat Kohli | Beating No.1 side 2-0 is an outstanding achievement: Williamson

At one time, Bumrah picked the ball off his own bowling and threw back at Tom Blundell and celebrated with gusto once he uprooted the stumps of Blundell a little later. Virat Kohli too lost his cool on more than one occasion - to crowd, to Kane Williamson, to Blundell and finally to a reporter. They were, perhaps, natural reactions to the first bilateral Test series defeat India suffered since the tour of West Indies mid-2019. 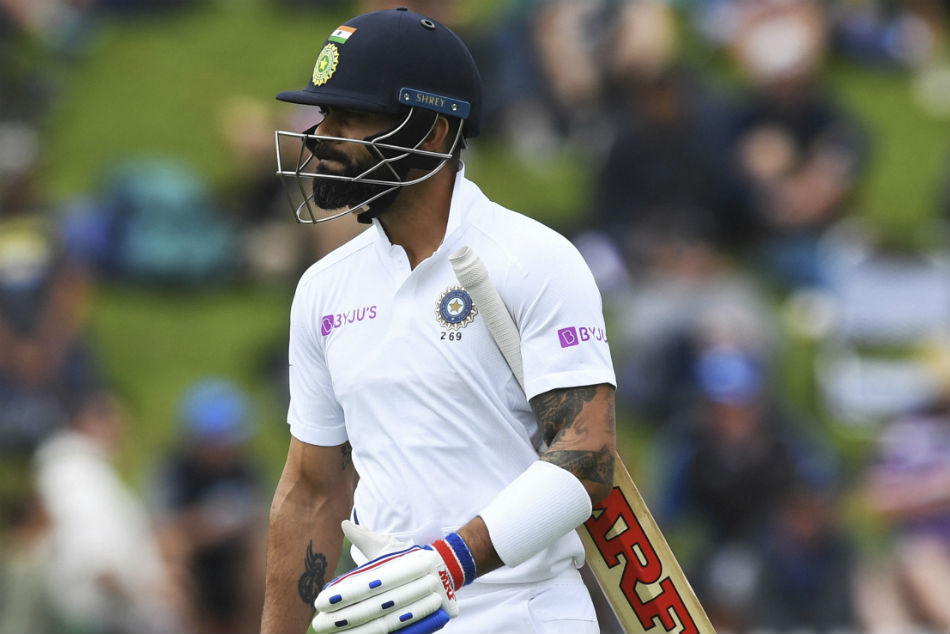 MyKhel delves into the reasons for India's 0-2 series defeat against New Zealand.

The Indian skipper is the engine room of this Indian side across the formats. But Kohli could manage only a fifty in the entire tour. Kohli made 38 runs from four innings at 9.50 with a highest of 19 and to understand the gravity Mohammed Shami made 44 runs at 14.66 with a highest of 21. Kohli's run severely affected India's ability to dominate the opposition.

Pant has preferred over Wriddhiman Saha for his perceived ability to rack up quick runs down the order. Pant had a decent series behind the stumps largely because the ball held the line and did little tricks. But in front of the wicket Pant failed to deliver as 60 runs in four innings with a highest of 25. Perhaps, Saha could have been a better choice because he is a more organised batsman.

Virat Kohli hinted a future course for Pant. "Someone like Rishabh, we have given him a lot of chances in the home season, starting from Australia. Then he was not playing for a bit. In turn, he worked really hard on his game and on himself. So, you need to figure out when is the right time to give someone else a chance. If you push people out too early, they can lose confidence. That's the culture that has been set in this team. People are told to take their responsibility and work hard towards it.

"Whether it happens or not is a different thing. Then you can have conversations with a player. No one here has come thinking I am going to play every game or I am indispensable. The time that he did not play, he worked really hard behind the scenes. So, we thought this is the right time. Because of his game and the way he plays, he can make a difference lower down the order. Unfortunately, it did not happen, but that was our planning behind it. We are going to stick to what we planned and then go ahead with it. We can't really fluctuate too much when it comes to what we have planned. As a batting unit we did not perform. To single out individuals, I don't believe in that. We take the hit together as a group, whether as a batting group or as a team," said Kohli.

Indian pace attack is definitely one of the best in recent in years in world cricket and they have performed across conditions quite well, winning matches or keeping the team competitive at the least. But in New Zealand, they never really got their line right. Ishant Sharma was the best bowler on view for India but a recurrence of an ankle injury ruled him out of the second Test. Bumrah took 6 wickets and Shami 5 but they struggled against tailenders like Kyle Jamieson who added crucial runs that made the difference in the end calculations.

Learning and improving is a significant part in the dictionary of Indian team under Virat Kohli. But in the two Tests against New Zealand, the batsmen never really seemed tuned to the challenges posed by Trent Boult and company. Kohli and Mayank got out in similar fashion in both the innings - leg before. While Cheteshwar Pujara and Ajinkya Rahane got stuck in their cramped space and never really looked to get the scoreboard moving. It hampered the moving-on of India and the lack of form of Kohli made the situation worse.